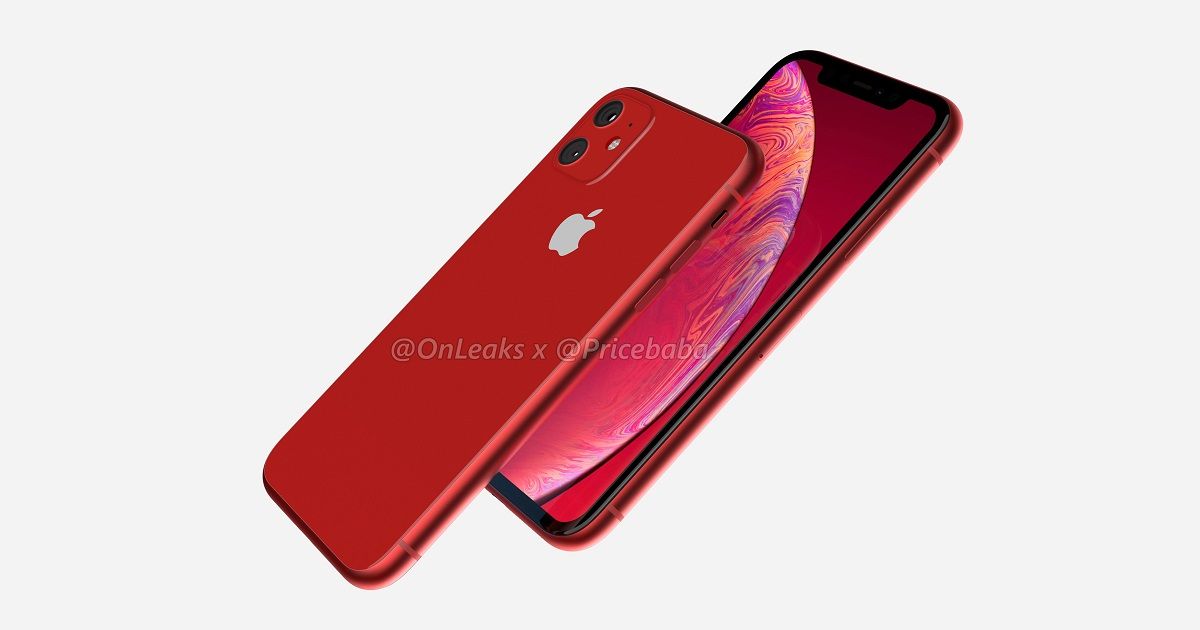 It seems like Apple’s 2019 iPhone models will have at least two things in common – a display notch and a squarish camera bump on the back panel. We saw a glimpse of it with leaked renders of iPhone XI and iPhone XI Max smartphones a few weeks ago. Now, alleged renders of iPhone XR 2019 has surfaced online. PriceBaba in association with OnLeaks, which is quite accurate with the leak, has published CAD-based renders and a 360-degree video of what the handset will look like. Looking at the renders, Apple’s upcoming ‘affordable’ smartphone looks the same as the current iPhone XR for the most part. However, there’s a camera bump on the glass back panel of the handset that you can’t just take your eyes off. As stated above, all the three iPhone models this year is rumoured to have the camera module that juts out from the frame. While the premium iPhone models are tipped to feature triple cameras at the back, the iPhone XR 2019 may settle for two, vertically-aligned at the top-right corner, with the LED flash and mic on the right.

The fascia of the handset will have the same notch-toting display that we have been accustomed to seeing on iPhones since 2017. The cut-out atop the panel will house a selfie camera and Face ID module for face recognition. The iPhone XR 2019, as per OnLeaks, will pack the same 6.1-inch display as its predecessor. The screen is reported to be LCD, instead of the OLED panel on the more expensive 2019 models, with 828 x 1,792 pixels resolution. It seems like Apple won’t be switching to USB Type C port for charging on its smartphone for yet another generation. The renders show the bottom edge of the iPhone XR 2019 with Lightning port, alongside the speaker grille. The right spine phone flaunts a power button, while the left edge has a volume rocker and mute switch.

As for the dimensions, OnLeaks says the iPhone XR 2019 will measure 150.9 x 76.1 x 7.8mm (8.5mm thickness with the camera bump). Lastly, the phone may the same colour options as its predecessor, including Black, Yellow, and Red.

As for the specifications, previous leaks and rumours have revealed that iPhone XR 2019 may be driven by Apple’s A13 Bionic SoC. The phone could employ a pair of 12-megapixel sensors, with a wide angle lens and a 2x telephoto lens on the rear. That’s all we know so far!