91mobiles.com
Home News iPhone XR was the best selling smartphone in 2019 with 46.2 million... 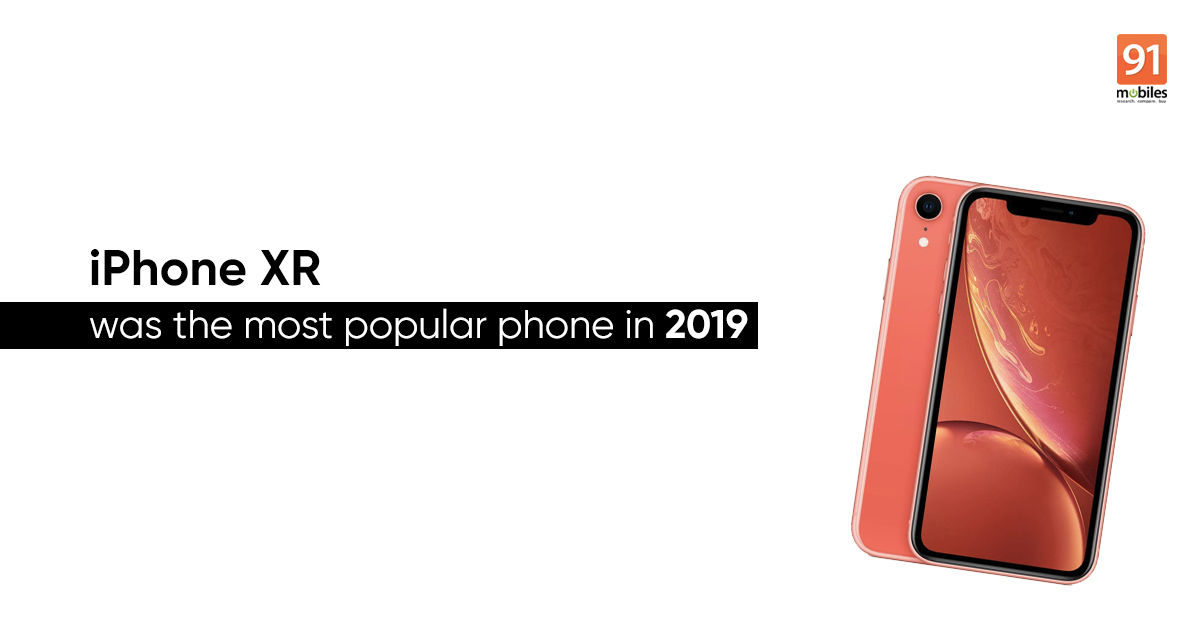 “Apple shipped over 46.3 million iPhone XR units during 2019, which is more than double the units it shipped in 2018”

iPhone XR was the most popular smartphone across the globe in 2019, according to a report from Omdia, a research firm. The company apparently shipped nine million units higher than the next-best seller, the iPhone 11, which shipped a total of 37.3 million units in the year. The Cupertino giant sold over 46.3 million iPhone XR units during 2019, which is more than double the 23.1 million units it shipped in 2018. Samsung Galaxy A10, Galaxy A50 and Galaxy A20 are the next bestsellers with 30.3, 24.2, 19.2 million shipments, respectively. the iPhone 11 Pro Max came in at sixth with 17.6 million shipments, followed by the iPhone 8 with 17.4 million units.

Omdia estimates that Apple iPhone shipments were down by 4.6 percent in 2019 compared to 2018. Jusy Hong, smartphone research and analysis director at Omdia, said, “Apple has consistently owned the first and second positions in the global smartphone model shipment ranking, with the company maintaining this dominant position for more than five years running. The company’s continued dominance on this front is all the more remarkable when considering that Apple’s price hikes caused overall iPhone shipments to decline last year. By limiting the number of models it offers compared to its top competitors, Apple has been able to concentrate its sales on a few smartphones that have broad appeal, like the iPhone XR.”