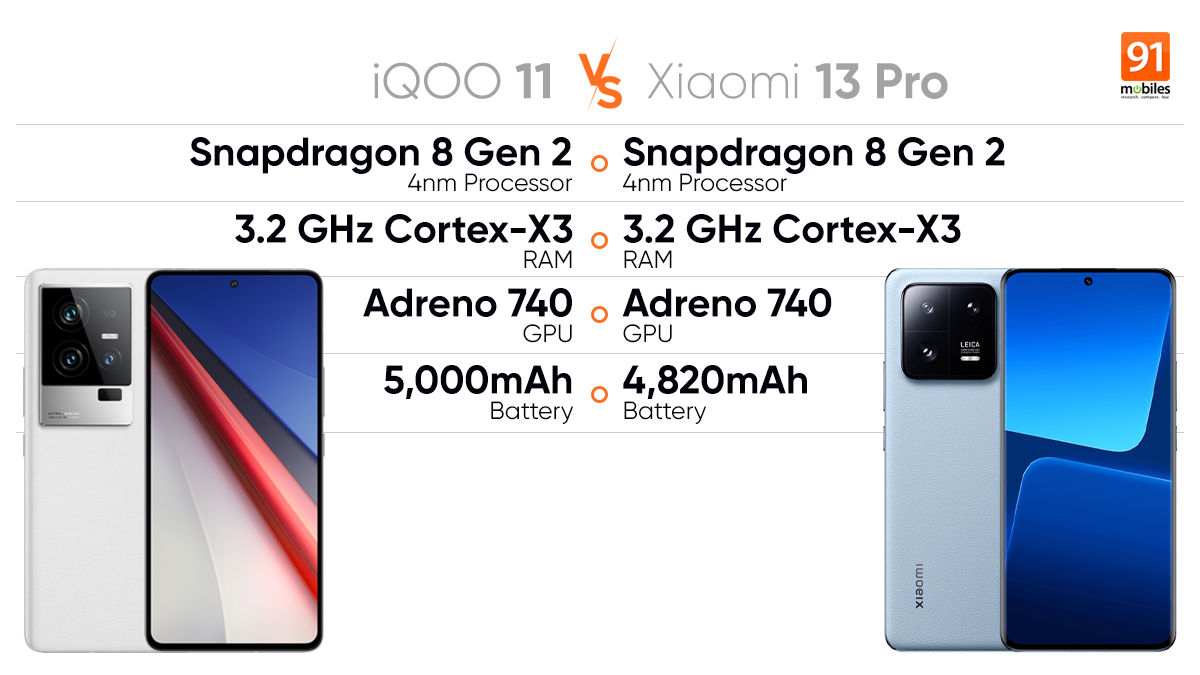 iQOO has finally launched its newest flagship device in the Indian smartphone market, the iQOO 11 (review), which is powered by Qualcomm Snapdragon 8 Gen 2 SoC. It’s the first device in India to launch with this chipset. The company claims it’s the most powerful smartphone till date, but does this claim hold up in reality? To address this question I placed it against the Xiaomi 13 Pro, which we recently obtained from China. Since both phones use the same Qualcomm flagship chipset, we will see which one emerges as the true titan. So, read the full article to know the results. 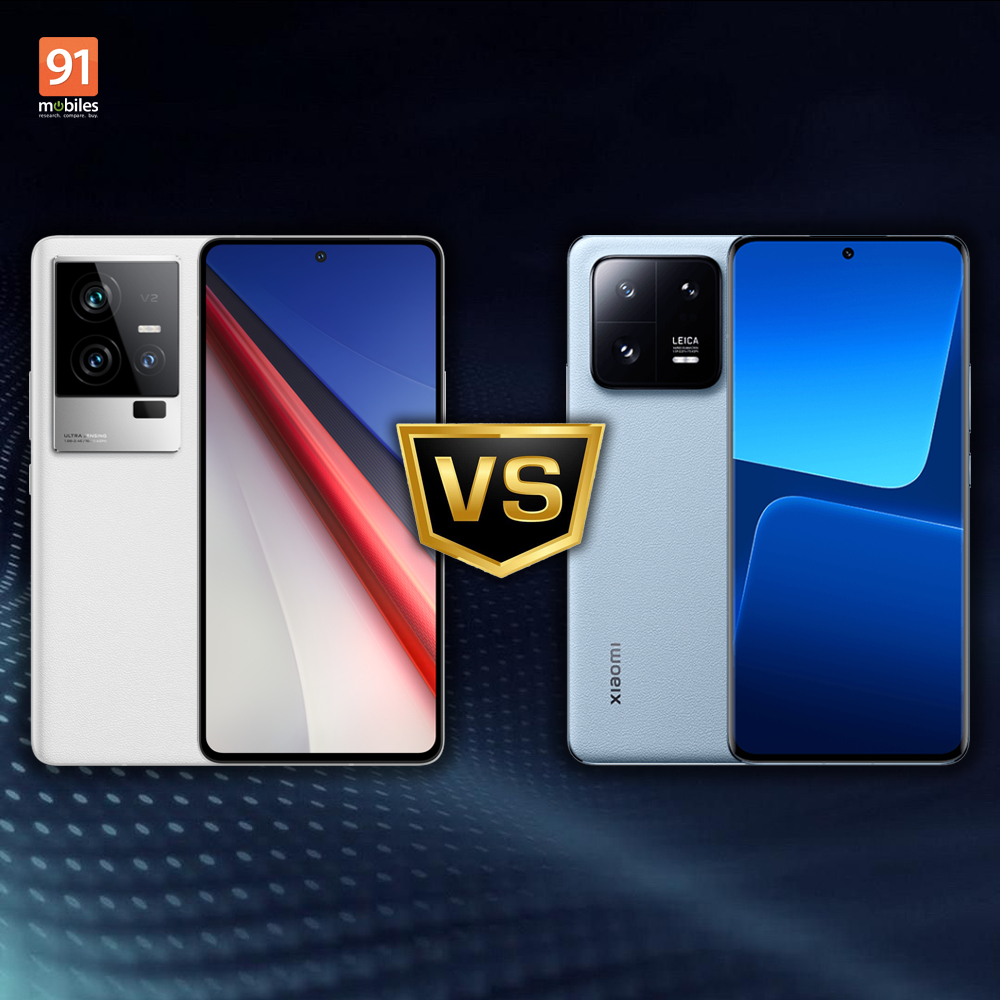 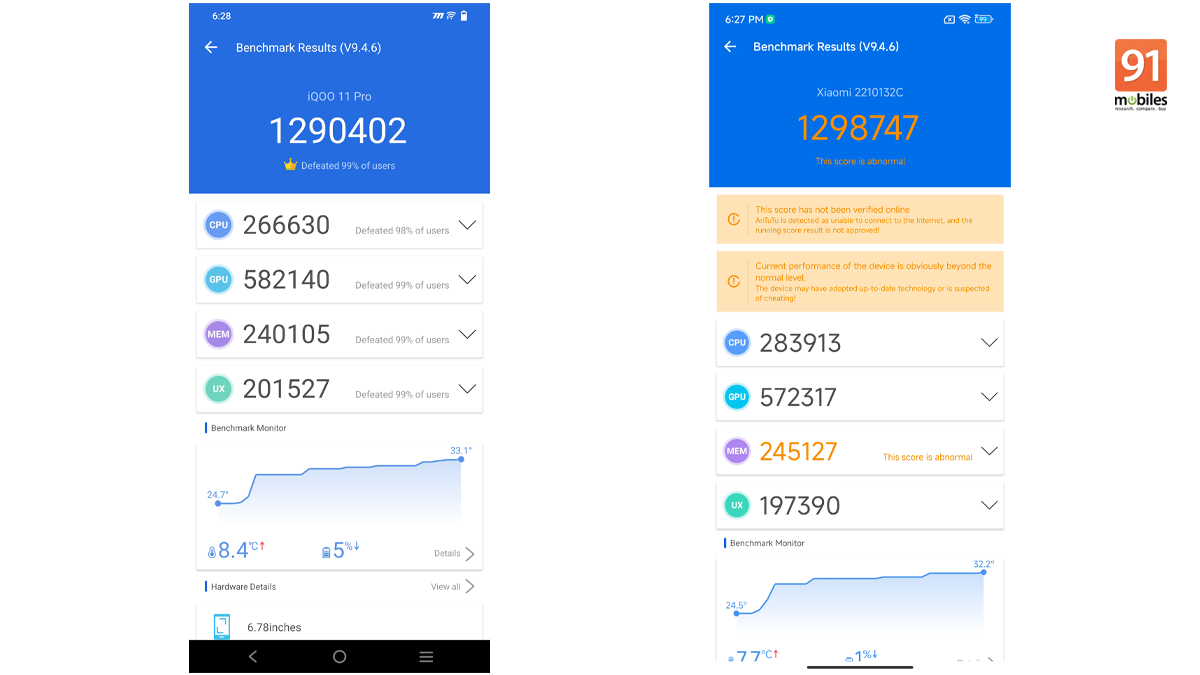 In my performance test, I always start off with the Antutu benchmark test first. It is the most popular benchmarking tool in my opinion and almost every tech enthusiast wants to know about it. In the screenshots you can see there’s hardly any difference between the two. To be clear, I turned both phones’ performance settings to high for this test. The iQOO 11 scored 12,90,402, while the Xiaomi 13 Pro obtained 12,98,747. The difference between the two smartphones is only about 8,000 points. However, if you notice the battery on the Xiaomi 13 Pro dropped just 1 percent, which is certainly impressive, but if you look at the iQOO 11, the battery dropped by 5 percent in this benchmark test. Furthermore, the temperature on the Xiaomi phone is lower than on the iQOO phone. With this, I can conclude that in this round iQOO‘s performance claim is not entirely accurate. 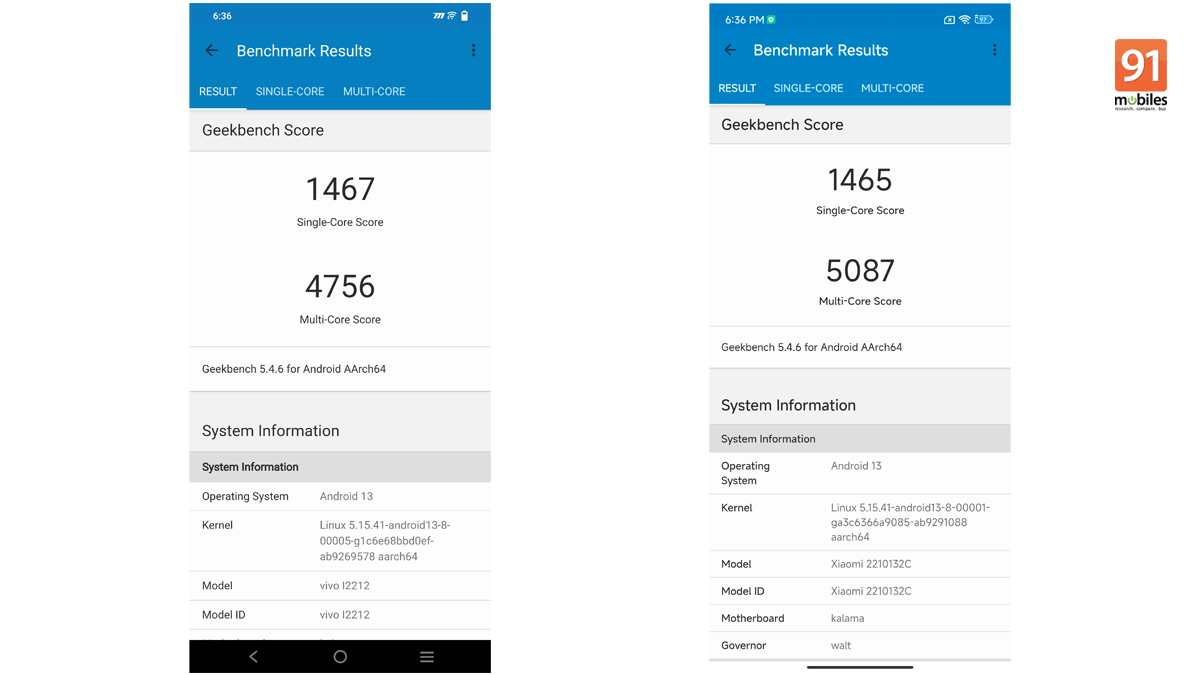 Geekbench 5 is one of the essential benchmarking tools that we use in our performance tests. In my evaluation, when it comes to small and individual tasks, both the iQOO and Xiaomi phones perform almost the same. As you can see in this test, the single-core score on iQOO 11 is 1467, whereas, the Xiaomi 13 Pro scored 1465. However, when it comes to multi-tasking between heavy apps, video editing, and playing heavy graphical games the Xiaomi 13 Pro trumps the iQOO 11 by a small margin. The Xiaomi 13 Pro achieved 5087 points in the multi-core score, while the iQOO 11 obtained 4756 points. 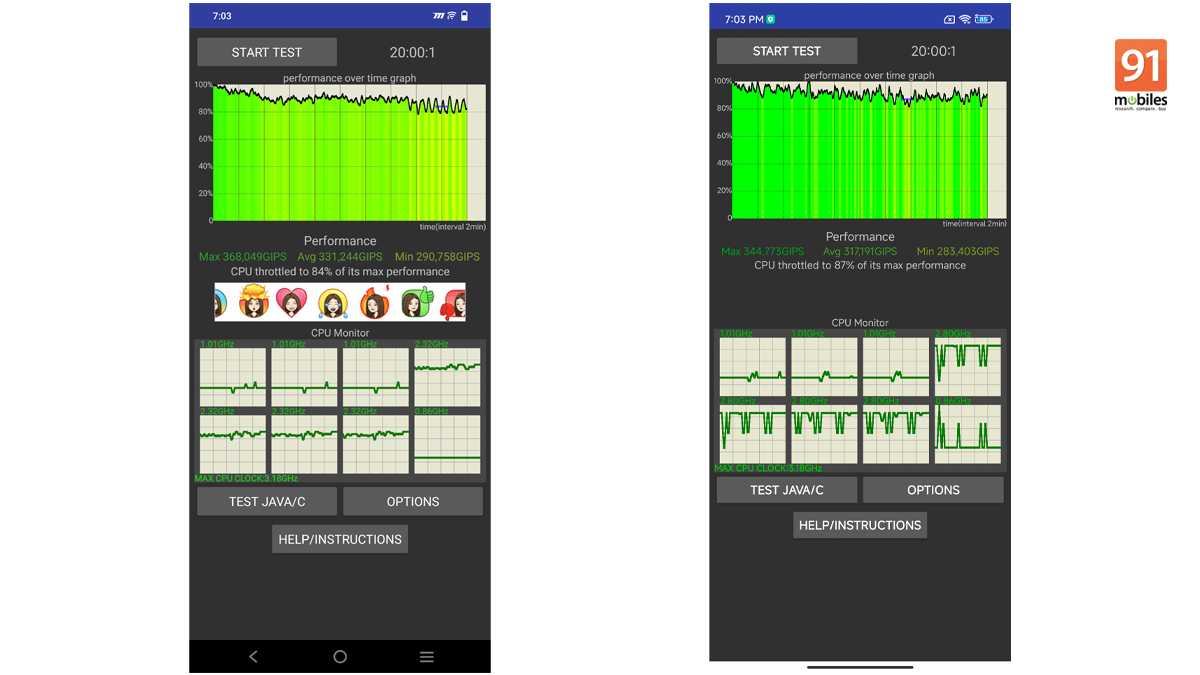 To check the performance sustainability, I also ran the CPU throttling test on both phones. The throttling score does not show a significant difference between the iQOO 11 and the Xiaomi 13 Pro. Both phones’ CPUs throttled to 84 percent and 87 percent of their maximum performance, respectively. However, the GIPS score on iQOO‘s phone was significantly higher. Still, what I understand is that if you use the smartphone for an extended duration, the performance on iQOO 11 might drop, which is evidently visible towards the end of the graph, where the performance regularly drops below 80 percent. 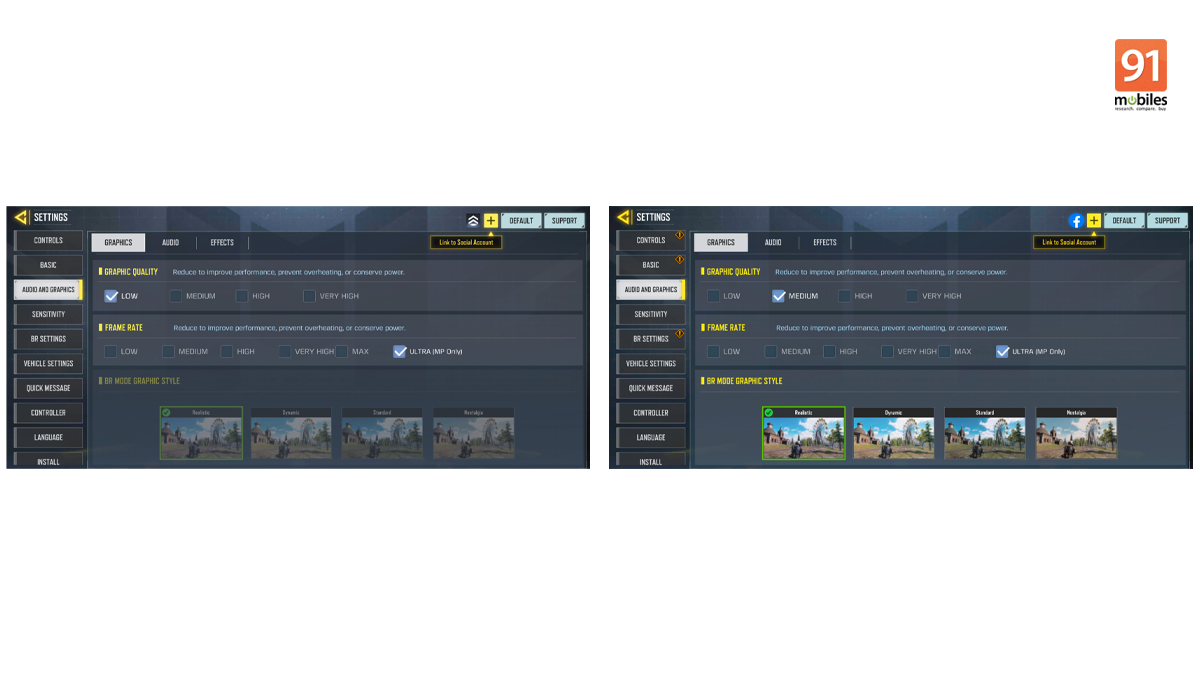 In terms of real-world performance, the CODM game ran smoothly on both devices. These phones are capable of running the game on Ultra (MP Only) frame rate, automatically switching the graphics quality to Low. However, to test out the graphics, I played the game with the frame rate set to Max and graphic quality to Very High. During my gameplay, I didn’t find any stutter or lag in these smartphones. Since these devices are powered by Qualcomm’s flagship SoC, they can easily handle any intensive game. 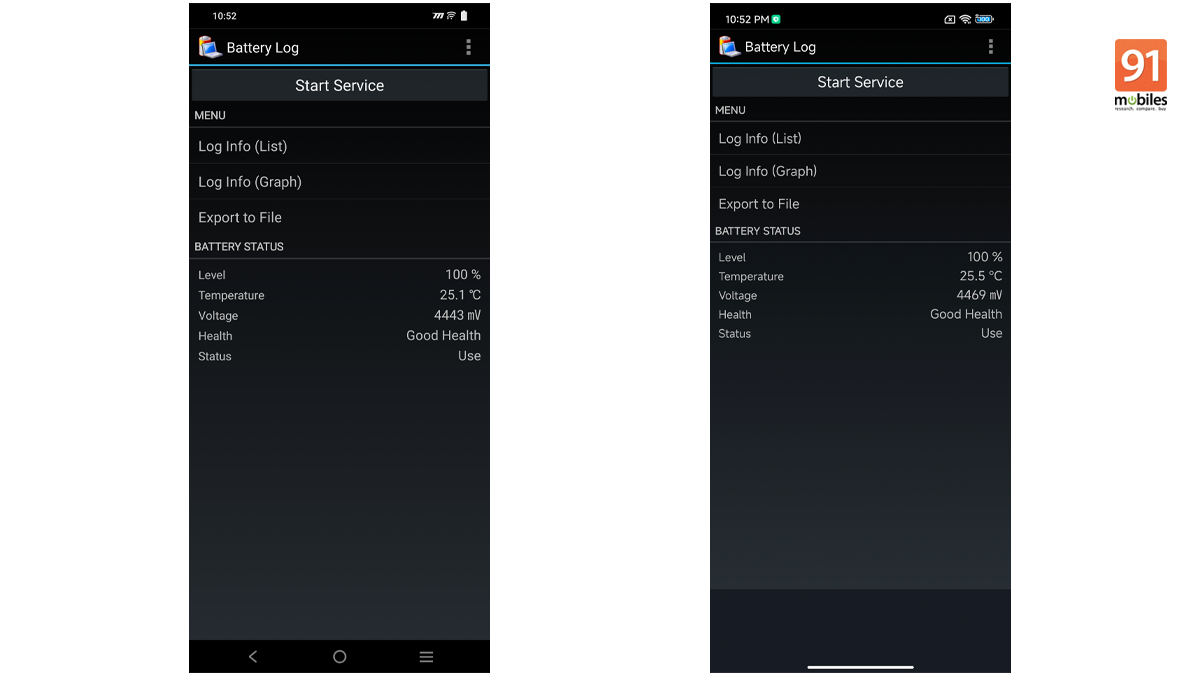 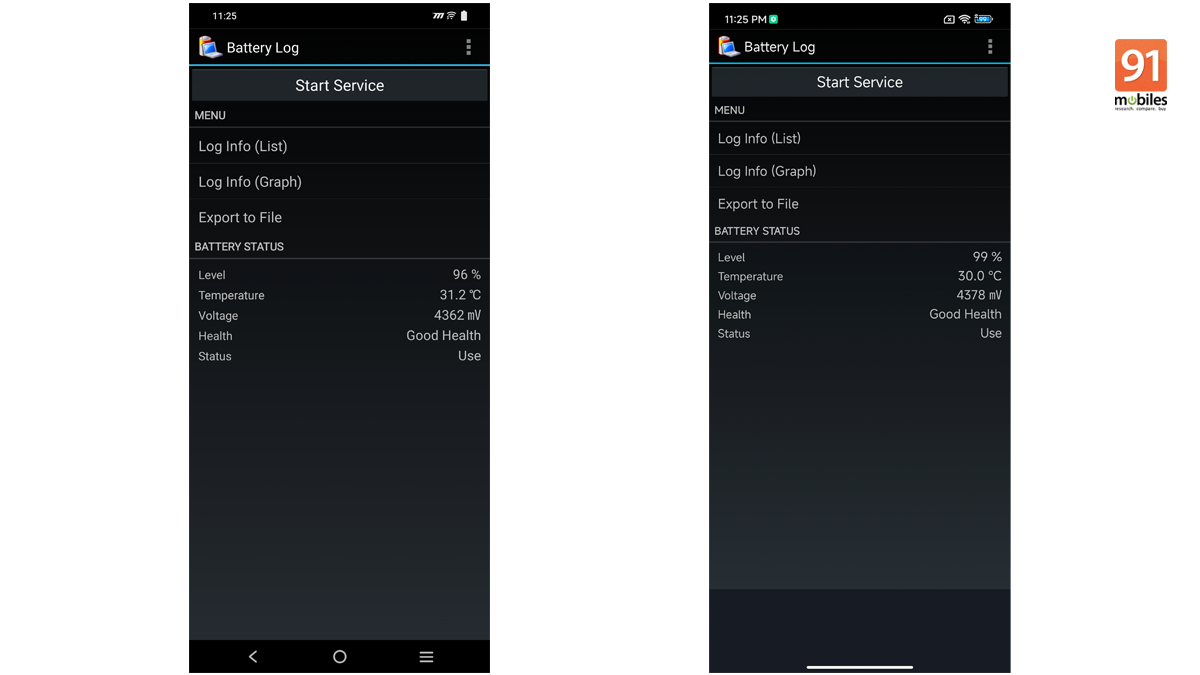 However, the battery drain numbers on iQOO and Xiaomi phones were totally different. After half an hour of gameplay, the battery on iQOO dropped about 4 percent, in contrast, Xiaomi lost only 1 percent. It does look like the battery backup of the iQOO 11 is lower than that of the Xiaomi 13 Pro.

Considering all the tests, it looks like iQOO‘s claim regarding its latest flagship being the fastest and most powerful phone might not be entirely accurate, given that the Xiaomi 13 Pro outperformed the iQOO 11 marginally in benchmarking tests. That said, the performance of both smartphones is absolutely amazing. Given that the iQOO 11 and the Xiaomi 13 Pro are powered by Qualcomm’s top-notch chipset, this is quite obvious, and as far as pure performance is concerned, I don’t think either of these phones will disappoint if you’re feeling the need for speed.