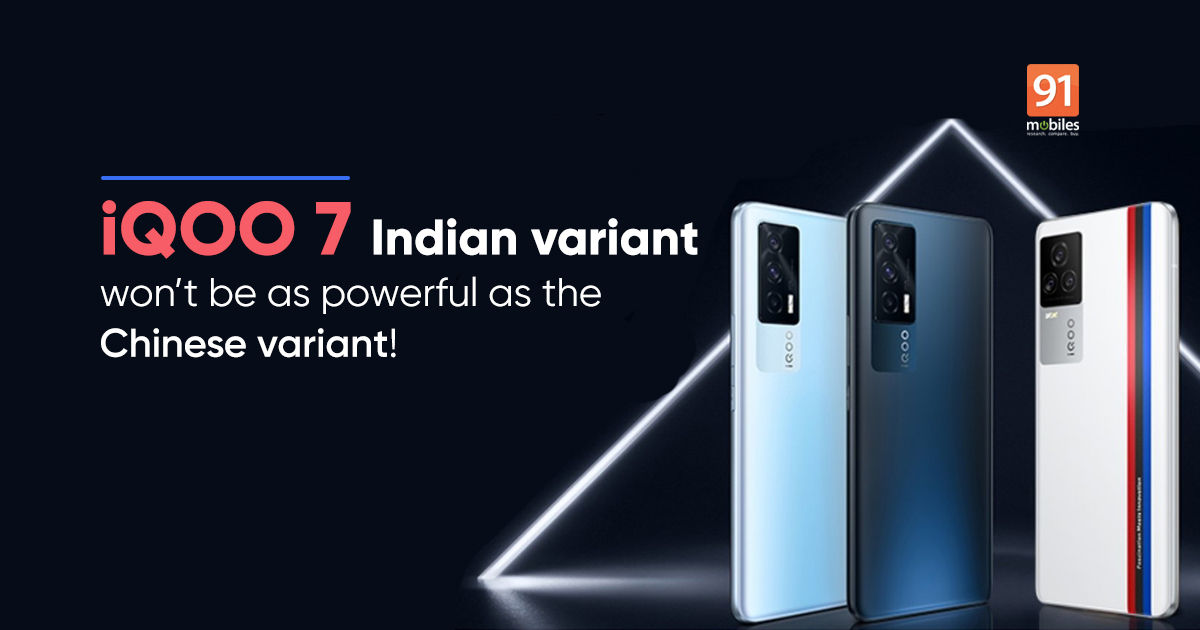 The iQOO 7 series India launch date is April 26th, with the lineup will be available via Amazon post the unveiling. The series is confirmed to include the standard iQOO 7 and the iQOO 7 Legend. iQOO had already mentioned that a Snapdragon 888 power model will be priced under Rs 40,000 to better compete with the OnePlus 9 and other flagships in the segment. Now, ahead of the official announcement, the standard iQOO 7 has been listed on Amazon and the teaser images suggest the phone will be a rebrand of iQOO Neo 5 that launched in China recently and not the iQOO 7 model that was launched in China. In addition to that, the Amazon listing confirms the iQOO 7 will be powered by the Snapdragon 870 SoC.

Considering iQOO had already teased the Snapdragon 888 powered iQOO 7 Legend will be priced under Rs 40,000, we can speculate the standard iQOO 7 may cost even less, probably between Rs 30,000 and Rs 35,000. Either way, these are just mere speculations at the moment as there’s always a possibility that things may change at the official launch later this month.