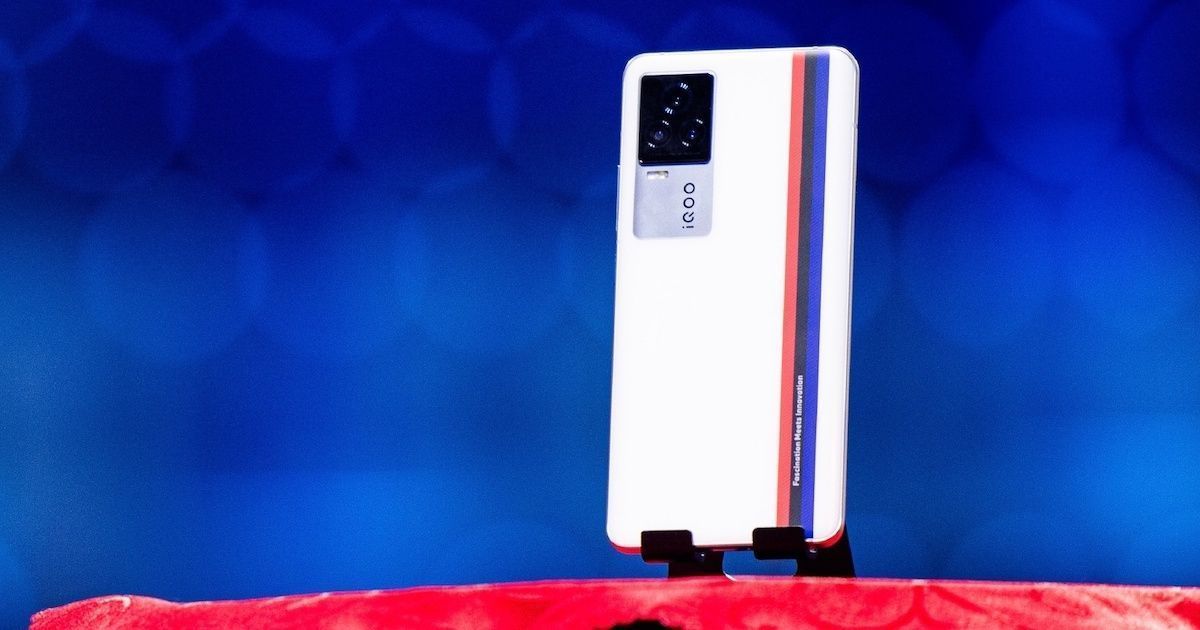 Some time ago, we reported that Vivo would launch the iQOO 7 in India sometime at the end of March 2021, nearly three months after its initial release in China. The iQOO 7 India launch date could be fairly close, as we have spotted the device on Geekbench. It is codenamed Vivo I2009 and is running the Lahaina motherboard aka the Qualcomm Snapdragon 888 chipset. This particular iQOO 7 variant appears to be running Android 11 and comes with 12GB of RAM. Furthermore, its single-core score of 1,130 and multi-core score of 3,690 are on par with other smartphones running the chipset. This iQOO 7 listing comes just hours after the alleged iQOO Neo5 India variant made an appearance on Geekbench, revealing Snapdragon 870 SoC. 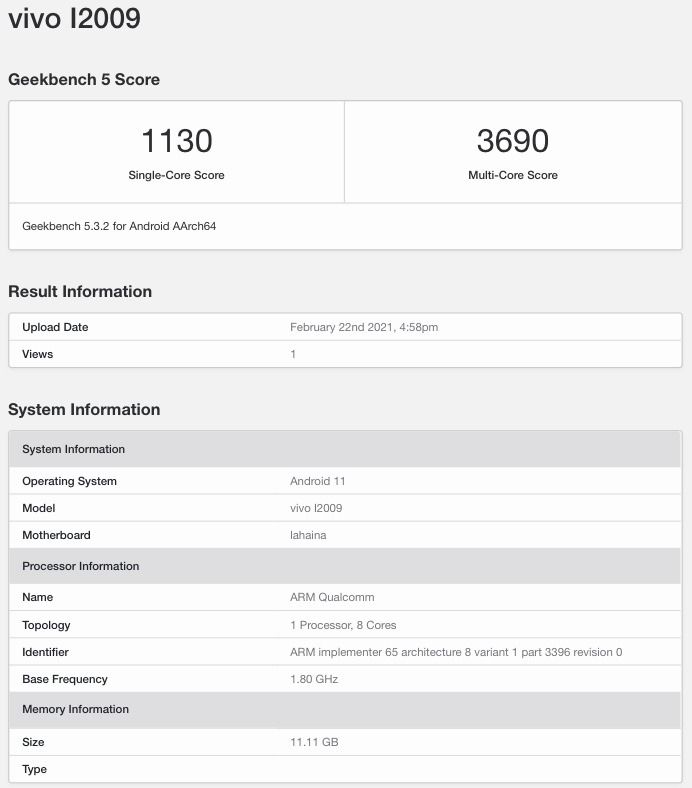 Much like its predecessor, the iQOO 7 comes with top-of-the-line specifications such as a 6.6-inch FHD+ AMOLED screen clocked at 120Hz. A 16MP selfie camera sits at a hole-punch cutout at the centre of the screen. Memory and storage max out at 12GB and 256GB, respectively. Lastly, its 4,000mAh battery comes in a dual-cell configuration and supports fast charging at a whopping 120W. Vivo claims that one can charge the handset from zero to a hundred percent in just fifteen minutes via a USB Type-C port.

On the optics side of things, the iQOO 7 features a triple-camera system that includes a 48MP primary sensor, a 13MP ultra-wide-angle lens and a 13MP portrait lens. Some of its camera features include OIS (optical image stabilization), up to 20x digital zoom, and 4K video recording. Other iQOO 7 specifications include an in-display fingerprint scanner, Wi-Fi 6, 4G LTE, Dual-SIM support, Hi-Res audio, Bluetooth v5.2, and NFC. 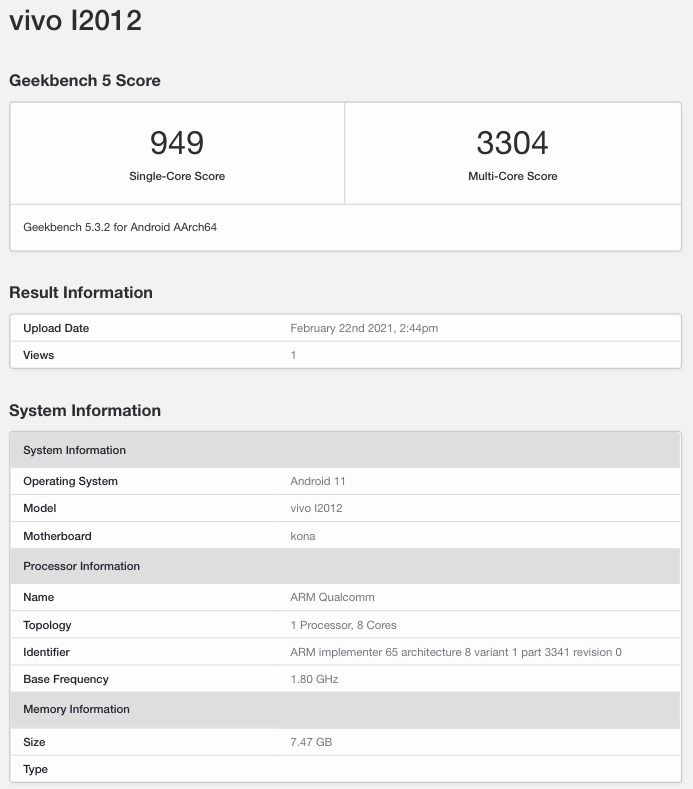