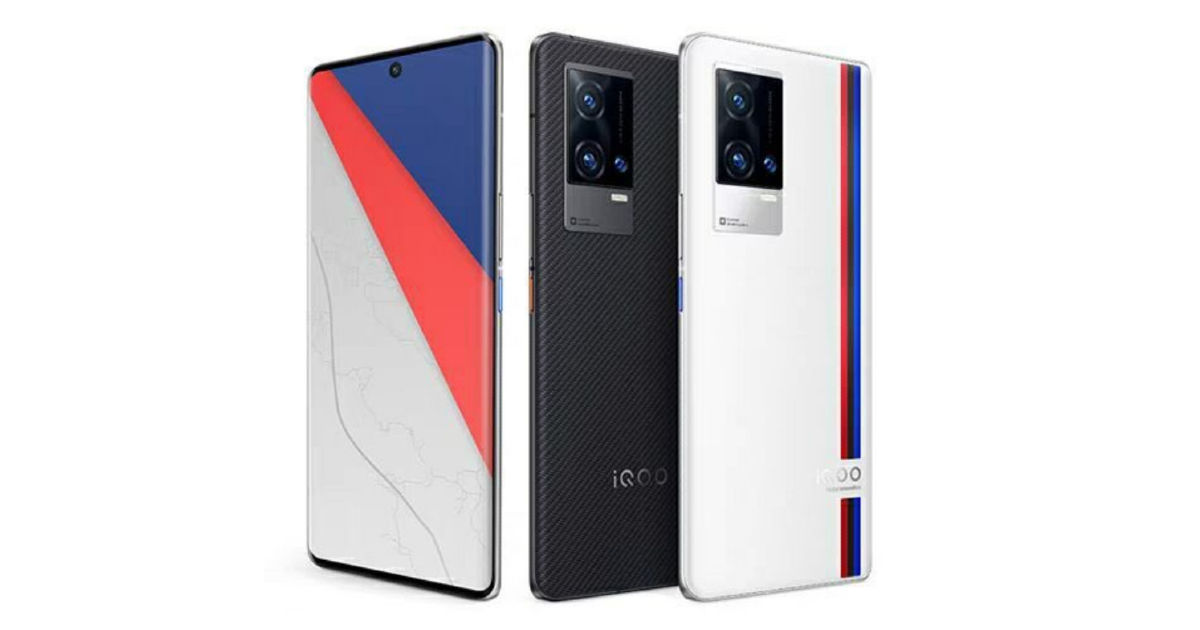 iQOO 8 series is confirmed to launch in China on August 17th and thanks to various leaks, we know quite a good deal about the phones. Now, ahead of the launch, the company has released an official poster on its social media handles which confirms key iQOO 8 specifications, including the display resolution, fast-charging and processor. The iQOO 8 series will come as a successor to the iQOO 7 and is set to bring significant upgrades over the predecessors. The poster image shows the design while also confirming that the BMW M Motorsport partnership will also extend to the iQOO 8. 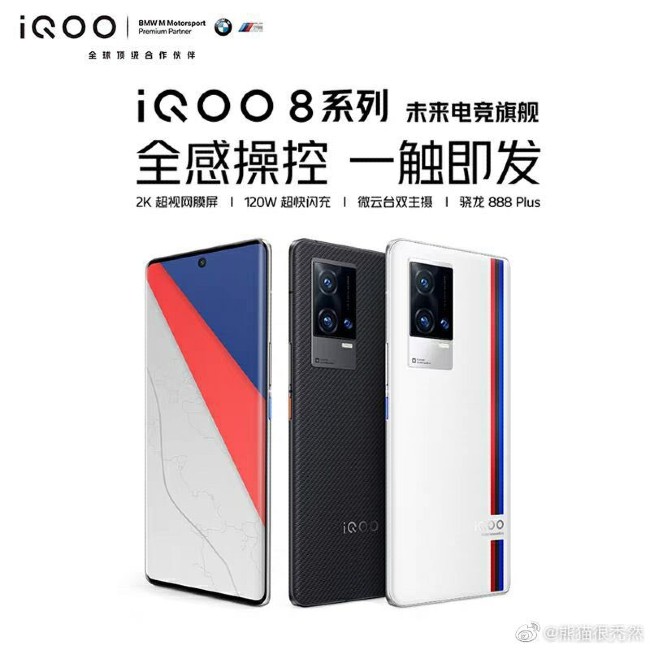 According to the teaser image, the iQOO 8 will come with a 2K display, which falls in line with recent reports. The company is said to use an E5 AMOLED LTPO (Low-Temperature Polycrystalline Oxide) 10bit panel with a 120Hz refresh rate that is said to dynamically adjust between 1Hz and 120Hz depending on the content on the screen. The phone will be powered by the Qualcomm Snapdragon 888 Plus SoC, which should make it one of the first commercial phones in the world to use the latest chipset and the flagship is also confirmed to support 120W fast charging. That’s pretty much it for the specifications. Now to the design.

The iQOO 8 has a centre-positioned punch-hole cutout for the selfie snapper, curved edges and narrow bezels. The phone will be available in Black colour with what looks like a carbon fibre pattern and White colour with BMW strips. The phone has triple cameras and LED flash arranged in a square module on the back. The volume rocker and power button that is coloured are on the right spine. The fingerprint sensor should be placed within the display. That’s pretty much everything that is revealed about the iQOO 8 with the new teaser image. Since the launch is just a week away, we don’t have to wait much longer for more details. Stick around.