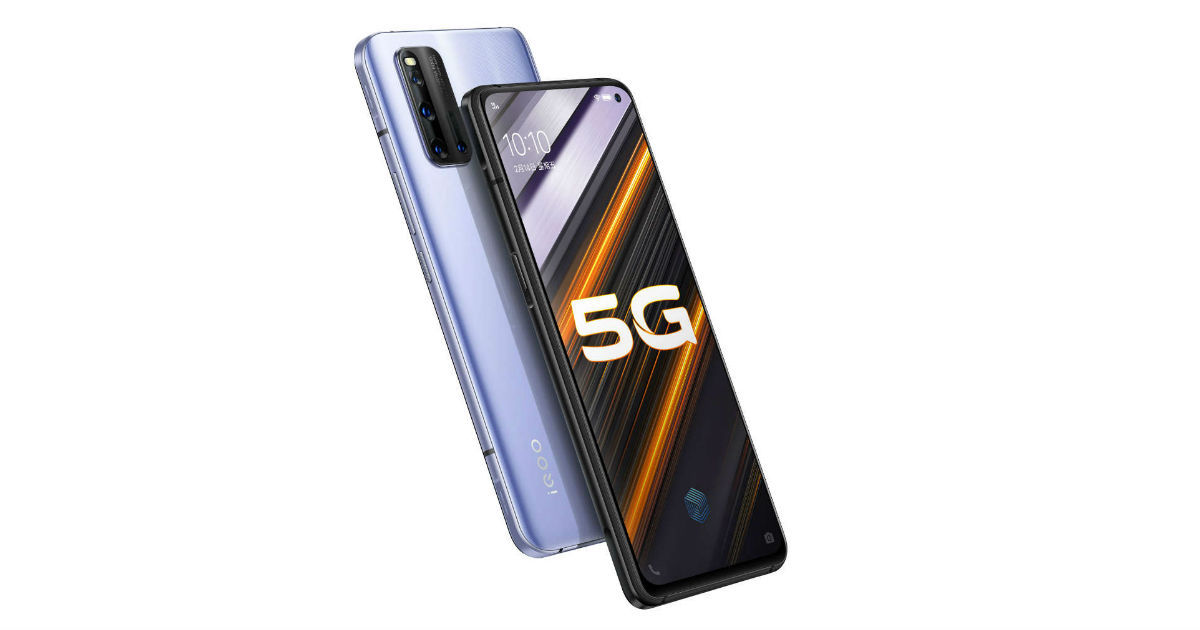 The iQOO Neo 3 smartphone is all set to launch on April 23rd in China. It’ll be the successor to the iQOO 3, which was launched in India back in February. We already know that the iQOO Neo 3 will be powered by the Qualcomm Snapdragon 865 SoC with 5G connectivity and sport 144Hz refresh rate. Now, the handset has surfaced on the 3C certification site, revealing its fast charging support. The alleged iQOO Neo 3 with V1981A model number will feature 44W wired charging support, which is slightly slower than its predecessor’s 55W fast charging support. The latter is rated to juice up a 4,400mAh battery to 50 percent in just 15 minutes. Separately, the handset has been spotted running benchmarking app Antutu and scoring an astounding 600,000+ points. This score was achieved with 8GB of RAM and 256GB UFS 3.1 storage onboard.

The iQOO Neo 3 is expected to be the cheapest Snapdragon 865 SoC phone. Rumours are rife that the phone could be priced in China starting at RMB 3,000 (~Rs 32,000) or lower as that’s how much the Redmi K30 Pro costs in the country. 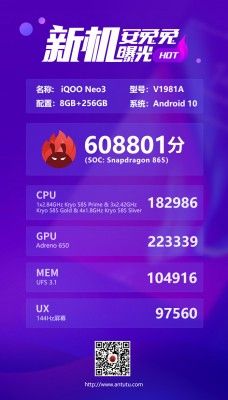 The iQOO Neo 3 specifications will include a 6.6-inch punch-hole display with refresh rate as high as 144Hz. The handset will rock Qualcomm’s flagship Snapdragon 865 SoC with support for 5G SA/NSA and at least 8GB RAM + 256GB storage under the hood. The phone is expected to boot Android 10-based iQOO UI 1.0 out of the box. The iQOO Neo 3 will most likely be a gaming-centric smartphone and we can expect it to feature pressure-sensitive buttons on the side frame of the phone to help users achieve quick multi-finger operations in the game and the 4D vibration is said to offer an immersive gaming experience, just like the original iQOO 3.

Lastly, the phone may come with quad rear cameras with a 48MP primary sensor paired with a telephoto sensor, ultra-wide-angle sensor, and macro sensor.