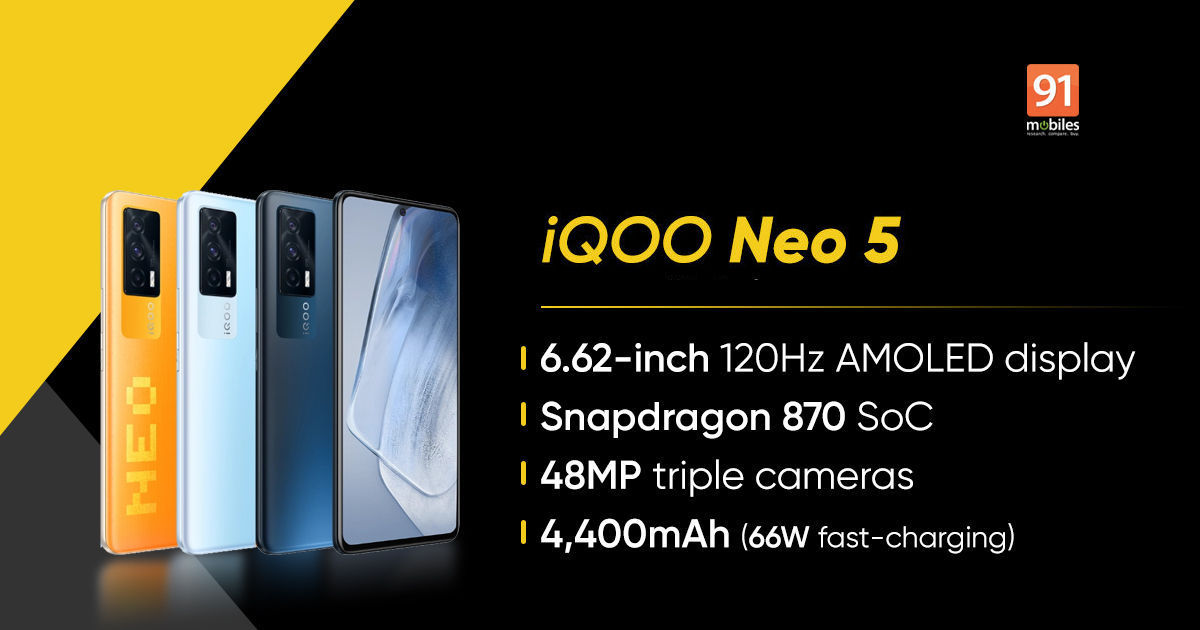 Last month, a smartphone from Vivo bearing the model number I2012 was spotted on Geekbench. This smartphone was speculated to be the Indian variant of the iQOO Neo 5. Later on, the smartphone also made a visit to 3C, leaving behind a trail of specifications. Today, the Vivo I2012 aka iQOO Neo 5 India variant has been spotted on Google Play Console which reveals a bunch of key features of the smartphone, including its processor and RAM details, and also its Android version and display resolution. 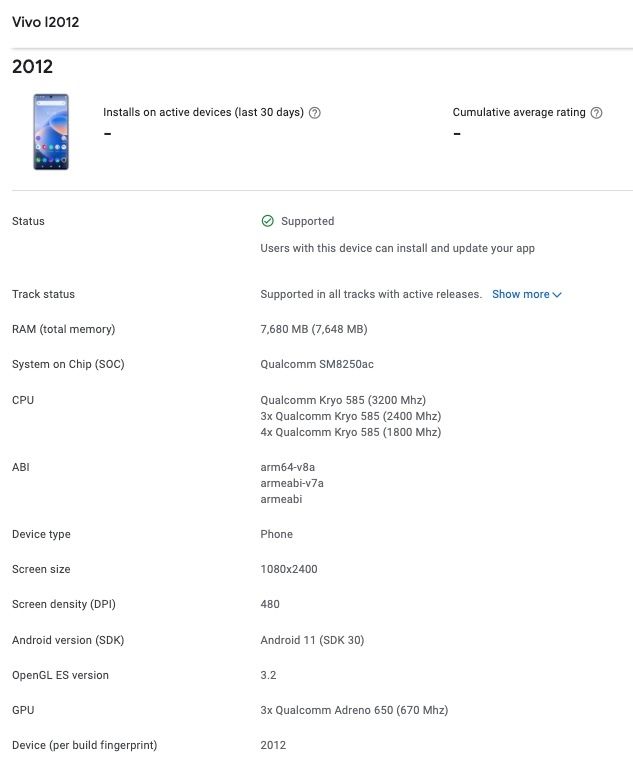 Also worth mentioning is that the Geekbench listing of the iQOO Neo 5 has also revealed the same specifications for the smartphone;  Snapdragon 870 processor, 8GB of RAM, and the Android 11 operating system.

According to the 3C listing of the Indian variant of the iQOO Neo 5, it features 66W fast charging. Past reports suggest that the iQOO Neo 5 will come with a 120Hz AMOLED display, 48MP + 13MP + 2MP triple-camera setup at the rear, 8MP selfie camera, and 4,000mAh battery.

iQOO 7 price in India will be lower than OnePlus 9’s, company teases ahead of official launch