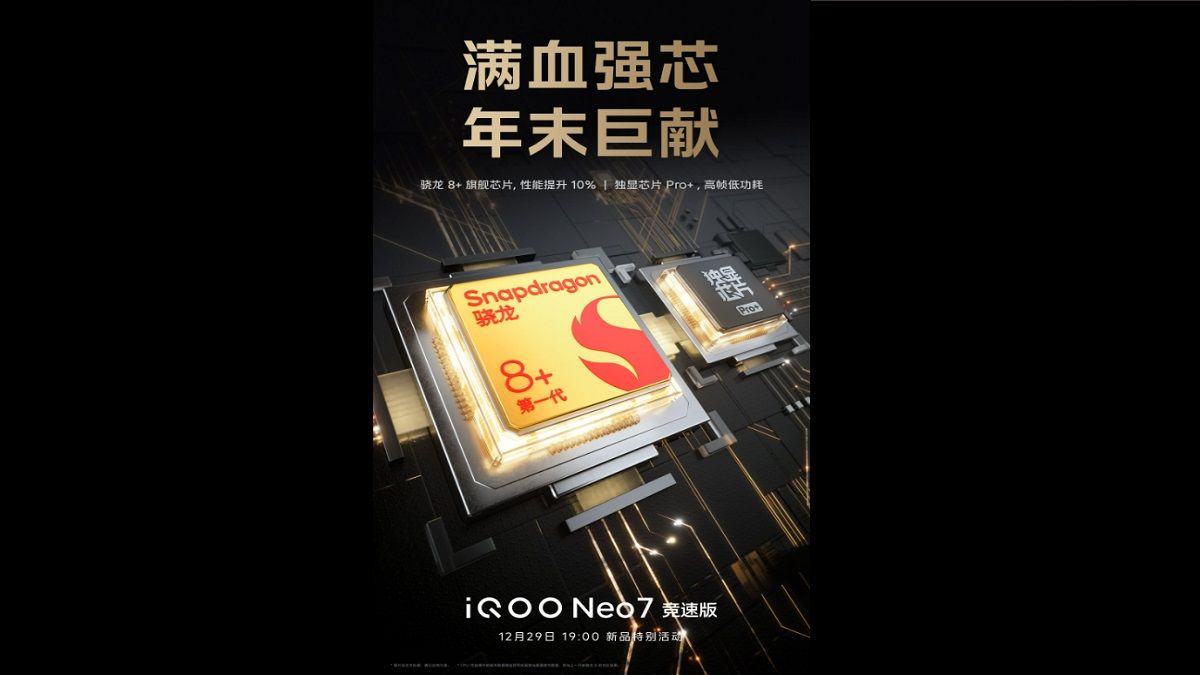 Vivo’s sub-brand, iQOO, is all set to unveil a new smartphone soon. Tipster Mukul Shamra has shared a post on his Twitter account that shows a launch date poster of the iQOO Neo 7 Racing Edition smartphone by the brand with selected specifications. Qualcomm Snapdragon 8+ Gen 1, independent graphics chip Pro+, and more have been confirmed for the iQOO Neo 7 Racing Edition in the poster. As per reports, the upcoming smartphone might be the same phone as the rumoured iQOO Neo 7S.

According to the poster, iQOO is all set to unveil the upcoming iQOO Neo 7 Racing Edition smartphone in China on December 29th. However, we will have to wait as there is no word on its global or India launch. 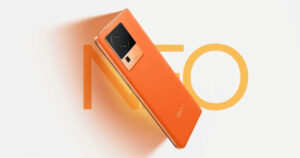 In terms of chipset, the company has confirmed that the upcoming iQOO Neo 7 Racing Edition will launch with Snapdragon 8+ Gen 1 SoC. A previous report suggested that the chipset will be paired with 16GB of RAM and 512GB of internal storage along with other storage options.

As far as other specifications are concerned, an AMOLED screen with an FHD+ resolution and a refresh rate of 120Hz may be featured in the iQOO Neo 7 Racing Edition. It will likely have a punch-hole cutout for the selfie camera in the centre.

The upcoming smartphone will likely sport a 50MP primary camera with Optical Image Stabilisation (OIS) and may come with a 5,000mAh battery with 120W fast charging support. It will likely come pre-installed with OriginOS 3 custom skin. The iQOO Neo 7 Racing Edition will also feature an in-screen fingerprint scanner and an IR blaster.