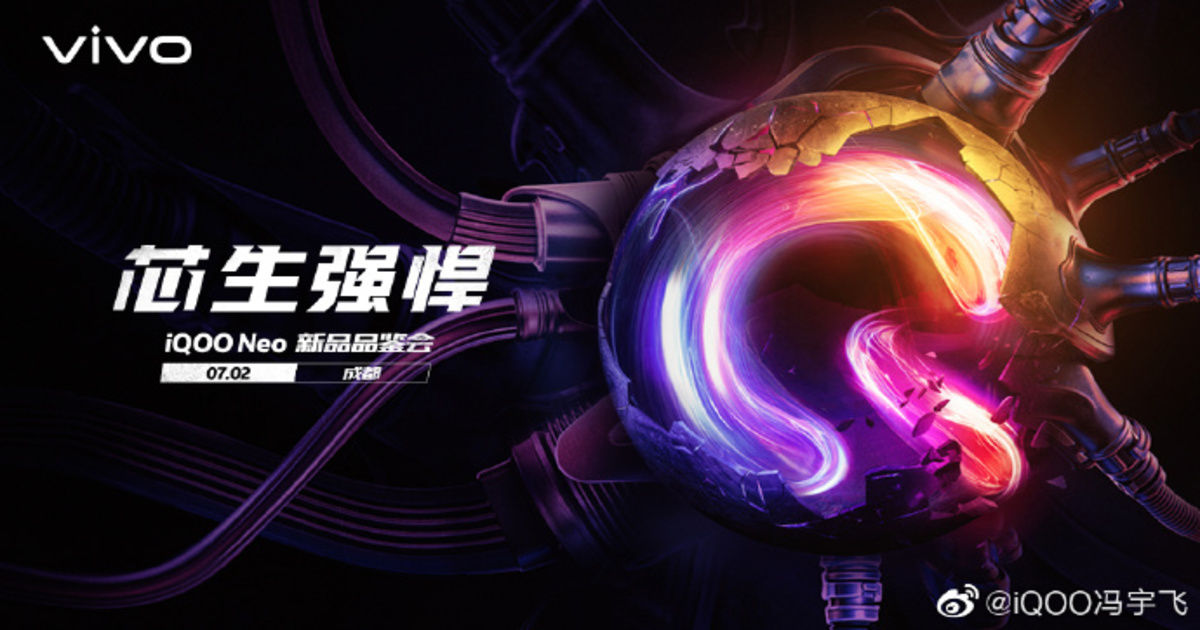 Vivo’s new sub-brand in China, IQOO is now gearing up for its second smartphone launch. The company VP Feny Yufei has revealed on Weibo that the brand will be announcing the IQOO Neo in Chengdu on July 2. The launch will also be live-streamed on the Internet for interested viewers. The IQOO Neo is sort of a watered-down version of its first flagship offering, called the IQOO. The company has already teased the looks of the new device and a new teaser has revealed two more features. 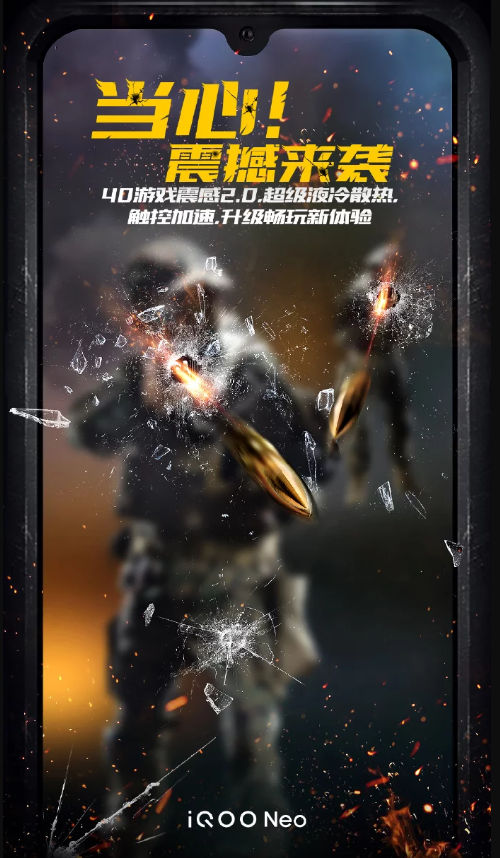 As per the latest teaser, the IQOO will boast 4D gaming shock 2.0, just like the regular variant of the handset. Also, liquid cooling will be present as it was on the first IQOO phone. The handset has recently passed TENAA, with the listing revealing many of its specifications and features. The IQOO Neo will skip the latest Snapdragon 855 SoC and will most likely host last year’s flagship chip, the Qualcomm Snapdragon 845 SoC. It will also come without the LED strip on the rear and offer slower charging in comparison to the 44W fast charging offered by the standard variant as a tradeoff for a lower price tag.

The IOOO Neo has a 6.38-inch AMOLED display with an on-screen fingerprint reader, as suggested by TENAA listing. Furthermore, it will boast a 4,420mAh battery with 22.5W fast charging. In terms of design, the IQOO Neo doesn’t have much difference from its bigger sibling. Its got the same tear-drop notch screen and a triple camera setup on the back. But the most interesting aspect will be the price. The IQOO was a very aggressively priced phone and we expect the IQOO Neo to follow in its footsteps. Notably, the IQOO has not been launched in India yet.