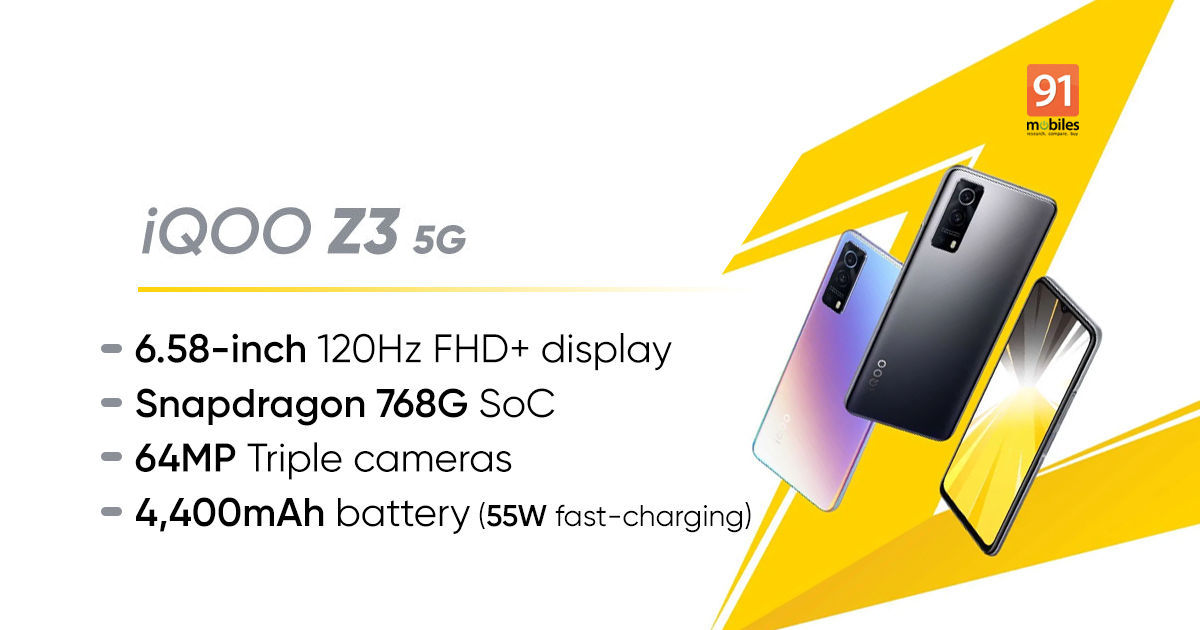 iQOO Z series India launch has been officially teased. A leak from earlier suggested that iQOO will bring a Z-series smartphone to India. A subsequent report told us that iQOO Z3 would be the first phone in the series to launch in India. iQOO Z3 price in India has also been leaked, suggesting a price tag of around Rs 25,000. Now, iQOO has officially teased the iQOO Z3 India launch via the official Twitter handle. The teaser only shows that the Z series will be coming soon for the “Gen Z” crowd. We learned earlier that the iQOO Z3 launch date in India would fall around mid-June 2021.

Something’s round the corner.

And it’s THE thing to watch out for!

The iQOO Z3 5G is, for all intents and purposes, a mid-range smartphone. It packs a 6.5-inch IPS FHD LCD panel with a refresh rate of 120Hz. The smartphone runs a Snapdragon 768G chipset coupled with up to 8GB of RAM, and 256GB of storage. At the back, the iQOO Z3 5G has three sensors, which include a 64MP primary sensor, 8MP ultra-wide-angle lens, and a 2MP macro sensor. The smartphone draws power from a 4,400mAh battery that supports fast charging at 55W. It runs Android 11 customised with Vivo’s Origin OS out of the box.

iQOO’s presence in the mid-range smartphone market was virtually non-existent until now. The iQOO Z3 5G could, however, run the risk of being undercut by the likes of the Xiaomi Mi 10i, which offer similar specifications for a marginally lower price. However, we don’t know how much the iQOO Z3 5G will cost in India just yet.