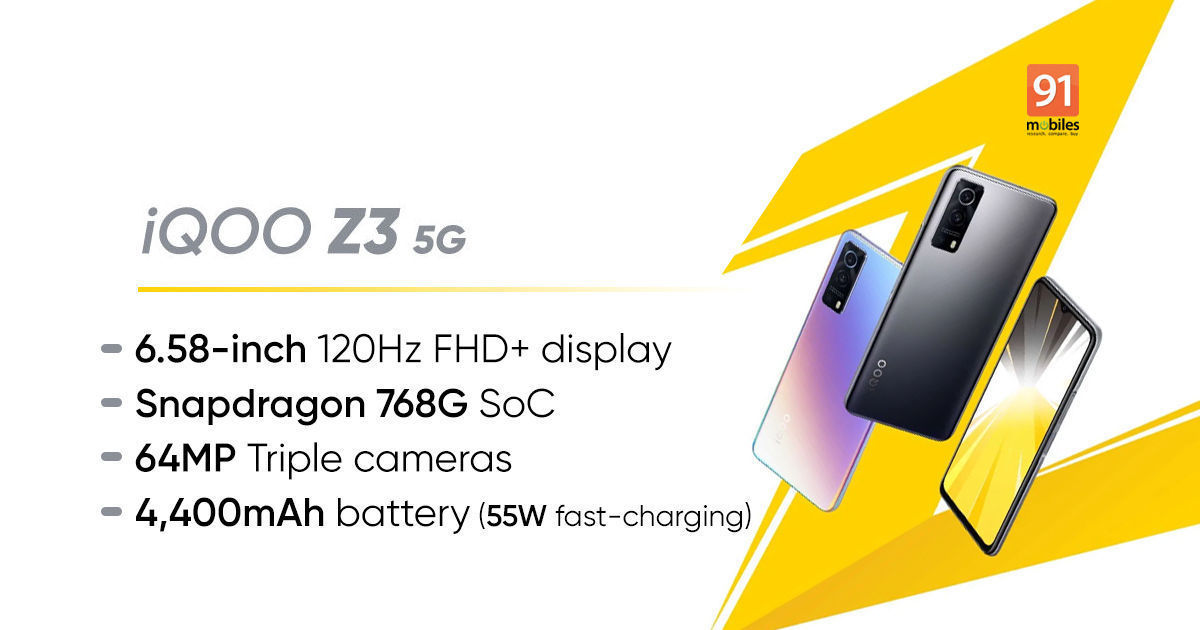 The iQOO Z3 made its debut in China a couple of months ago and the smartphone is set to launch in India on June 8th. The iQOO Z3 India variant specifications are believed to be similar to the one launched in China. So, we have a pretty good idea about the key features of the smartphone. However, a new leak reveals the iQOO Z3 RAM, storage, and colour variants specific to the Indian market. Here’s what we know about the upcoming iQOO Z-series phone in India.

iQOO Z3 will come in IndiaðŸ‡®ðŸ‡³ in this variants –

All we need to know now is the iQOO Z3 price in India. If the pricing of the iQOO 7 and the iQOO 7 Legend is anything to go by, the iOQO Z3 will be priced aggressively, especially the base variant. If that turns out to be true, the 8GB+128GB variant could offer a great value for money. iQOO has listed the iQOO Z3 on Amazon India, which confirms that the phone will go on sale from the e-commerce platform. 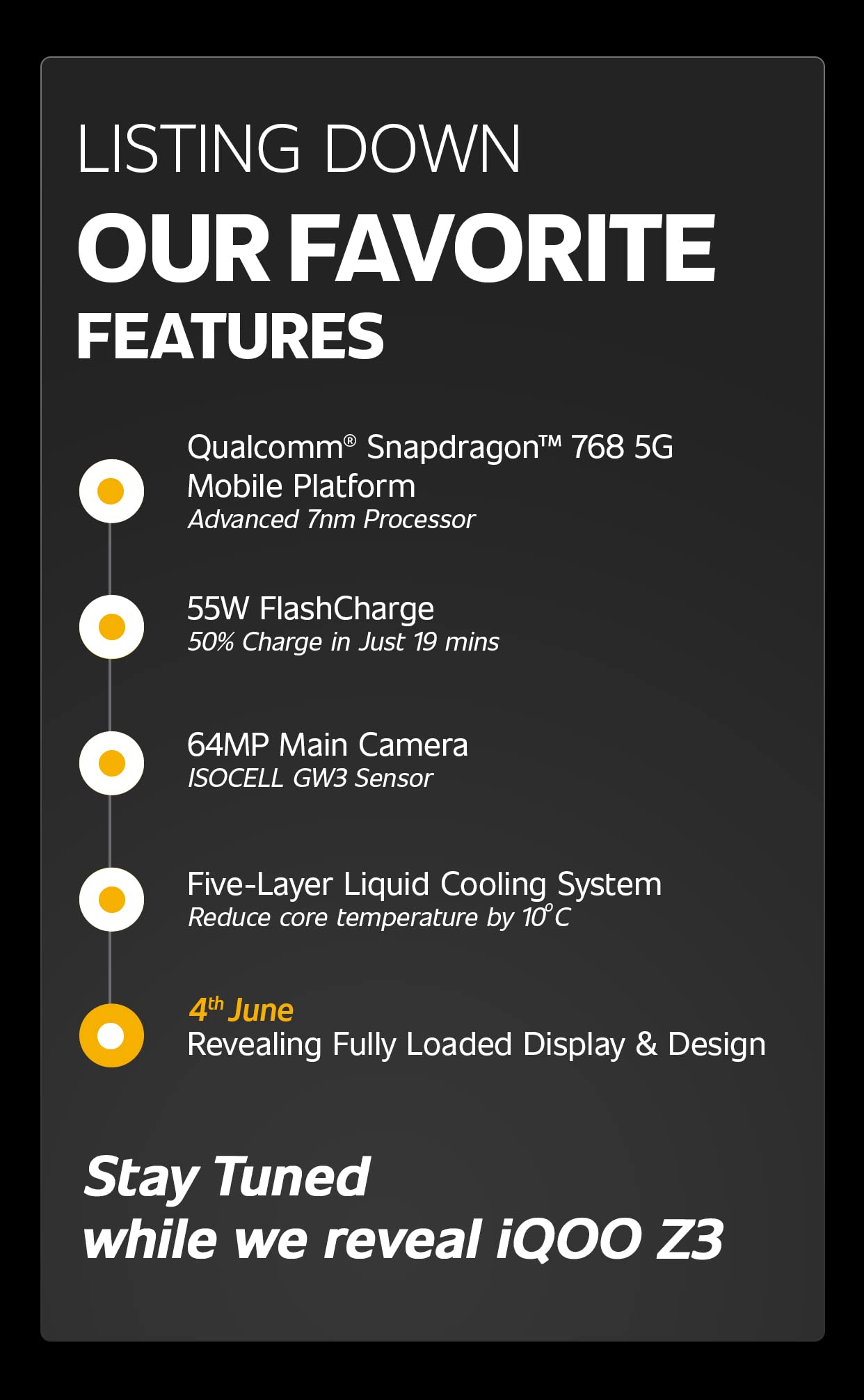 While we wait for the iQOO Z3 India launch, you can check out more news about the upcoming smartphones as well as popular product recommendations on our Facebook, Twitter, and Instagram pages and head to our YouTube channel for the latest videos.