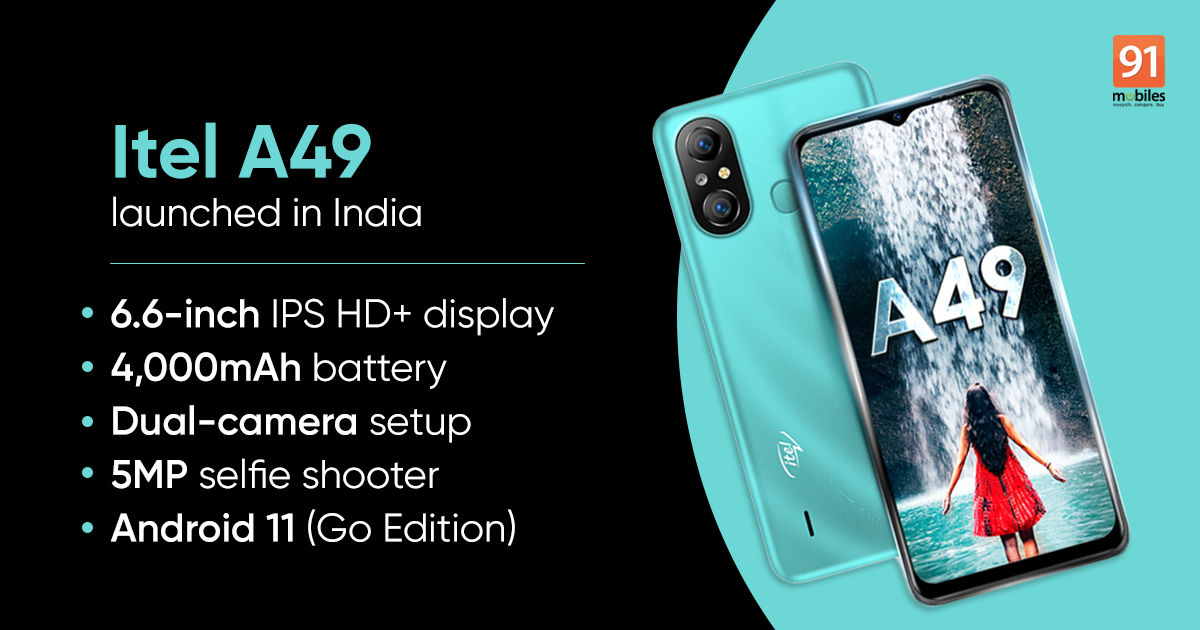 Itel A49 has been launched in India as a successor of the Itel A48. The device is an entry-level smartphone, which the company claims to be the most affordable smartphone with a 6.6-inch HD+ and a waterdrop notch under the Rs 7,000 price range. Itel also provides an exclusive offer where the user can opt for a one-time screen replacement within 100 days of purchase on the Itel A49. The key specifications of the Itel A49 include a 4,000mAh battery, a Dual SIM slot, and Android 11 OS. Let’s take a look at what the Itel A49 has in store for us.

Itel A49 price in India

Itel A49 retails at Rs 6,499 in India for a sole 2GB RAM and 32GB storage option. Itel offers users a one-time screen replacement within 100 days of purchase on the Itel A49. The handset is available in three colour options – Crystal Purple, Dome Blue and Sky Cyan. With a price tag of Rs 6,499, the Itel A49 will compete with the likes of Tecno POP 5 LTE.

Transsion India’s CEO, Arijeet Talapatra stated, “Itel has created a niche for itself in the sub 7k price segment and this positive growth momentum of the brand is fuelled by its strong commitment to the mass consumers by delivering on high-quality products across accessible price segments. The launch of Itel A49 reinstates Itel’s commitment towards providing a seamless and superior smartphone experience at a highly affordable quotient.”

Itel A49 is a 6.6-inch smartphone whose IPS panel supports HD+ resolution, 60Hz refresh rate, and a waterdrop notch. At the heart of the device is a quad-core processor running at 1.4GHz. Itel A49 boots Android 11 Go Edtion out of the box. A 4,000mAh battery powers the handset that supports 10W charging. Itel A49 packs 2GB RAM and 32 GB storage that can be further expanded up to 128GB via a micoSD card slot.

Moving to the optics, the A49 has a pill-shaped dual-camera island at the back, including a 5MP primary camera and a VGA sensor paired with an LED flash. It has a 5MP camera for selfies and video calls on the front. Itel A49 has a rear-mounted fingerprint sensor, and an AI face unlocking feature for security. 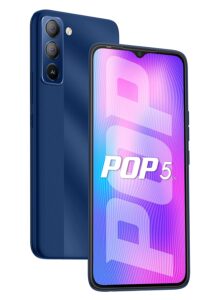 Tecno POP 5 LTE has a 6.5-inch HD+ display that draws power from a Unisoc SC9863A octa-core processor. The device comes with 2GB RAM and 32GB eMMC 5.1 storage that expands via a microSDXC slot. An 8MP camera paired with a couple of secondary cameras takes care of the photography and videography needs. Techno POP 5 LTE has a 5,000mAh battery and a 5MP selfie shooter.

When compared to Itel A49, the Tecno POP 5 LTE has a 1,000mAh bigger battery and a slightly better primary camera for about the same price.