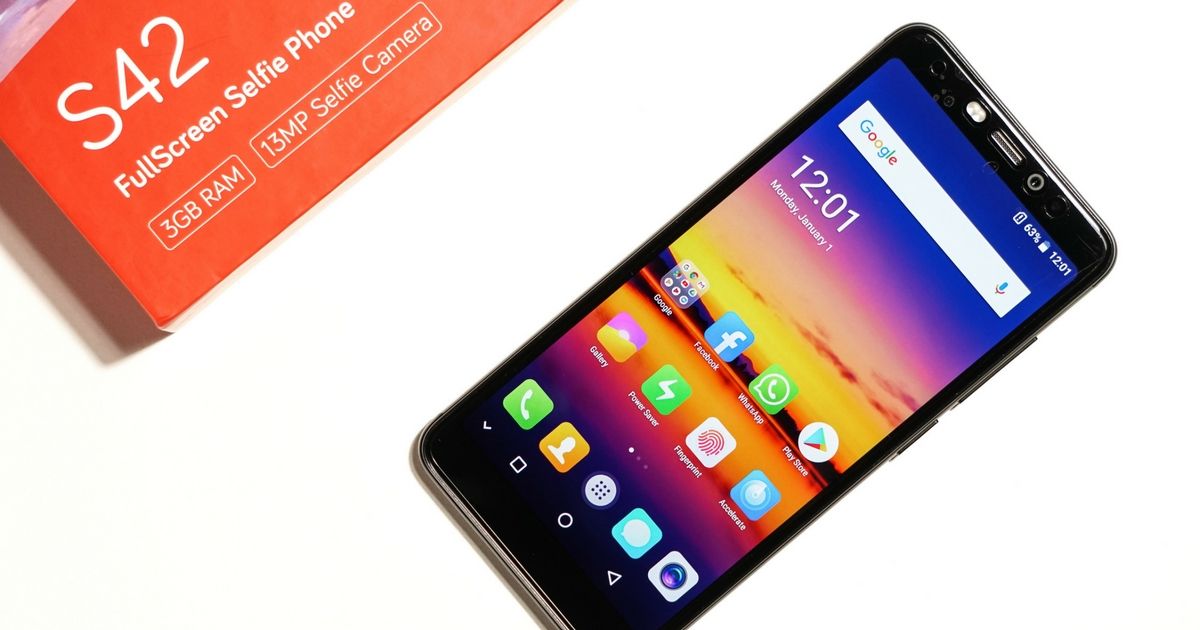 “The itel S42 is a budget offering with an 18:9 display and Android Oreo”

2018 seems to the year when smartphone makers are bringing premium features to smartphones that do not cost a bomb. One such trend is of immersive 18:9 displays which started last year, but now has now trickled down to the budget segment. The latest offering from itel, the S42, also joins this ever-growing list. The smartphone landed in our labs recently and here are our first impressions. 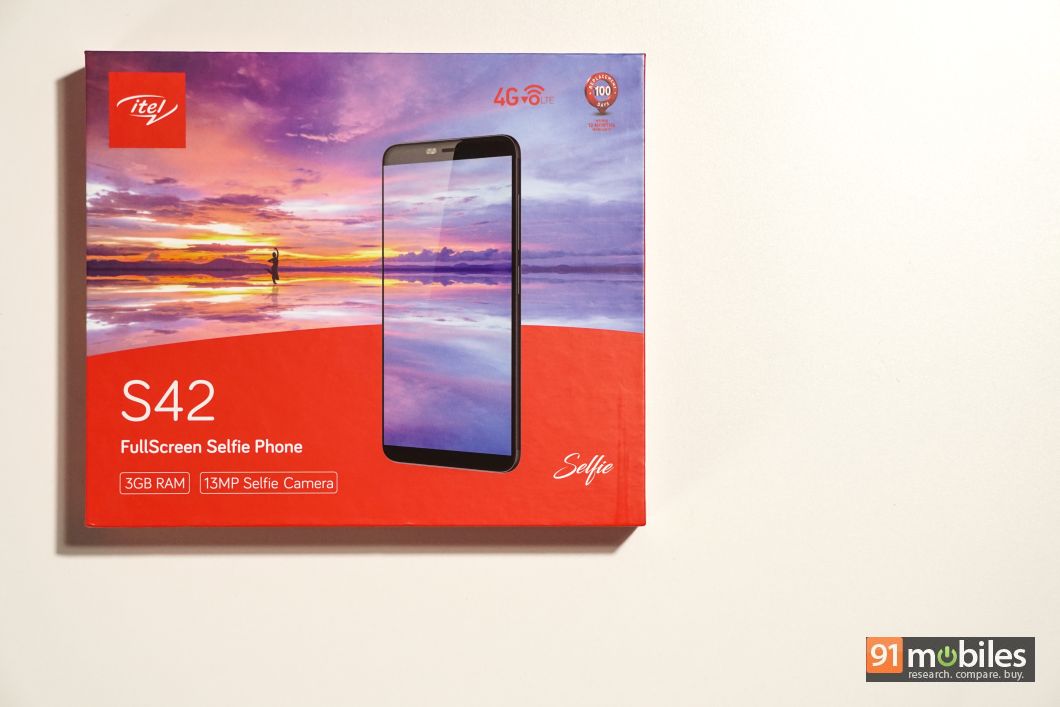 To begin with the packaging of the handset, itel has managed to design the box like a bright red box of sweets. There is an illustration of the device with the branding on top and key specs, along with other details listed at the bottom. Opening the package, you’ll first see the itel S42 lying atop a tray. Underneath it, there are two boxes with one containing a frosted black protective case along with the documentation, and the other one containing a pair of earphones, a micro-USB cable, and the power adapter. The earphones are a nice touch as they come in attractive red and black hues. 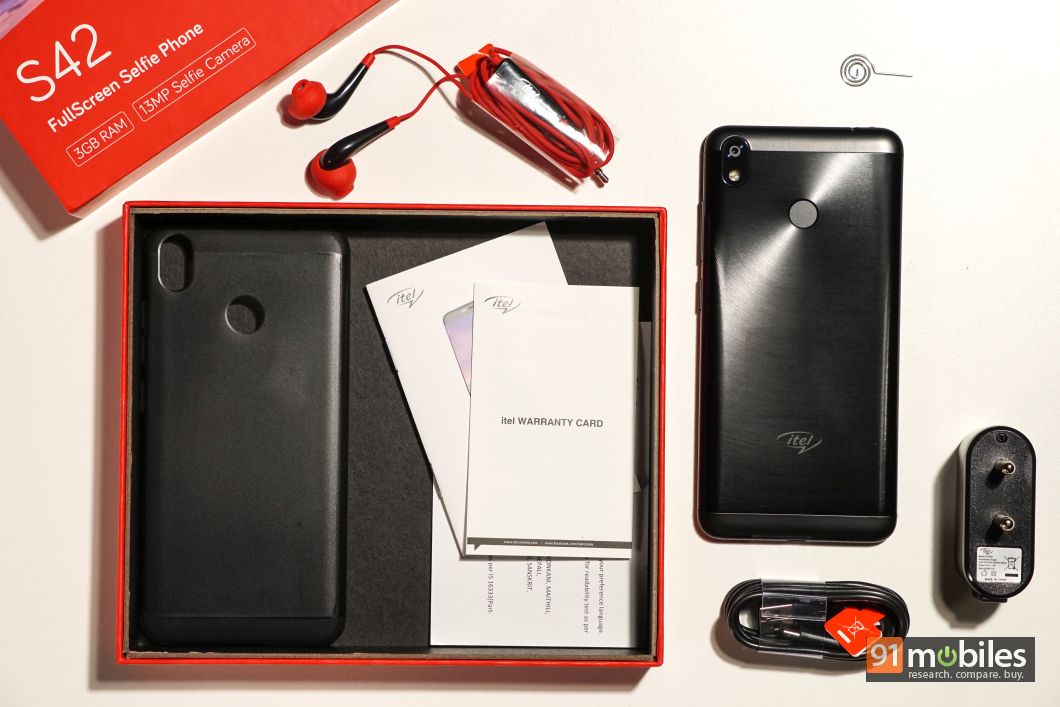 The SIM and micro-SD card tray has been placed on the left spine, whereas the right spine houses the volume and power buttons. The buttons are tactile and offer a satisfying click when pressed. There is a 3.5mm audio jack on the top and a micro-USB port with loudspeaker grille on the bottom. On the fascia is a 5.65-inch display with 18:9 aspect ratio. That said, the display still has visible bezels all around with sizeable ones on top and bottom.

Take a look at the itel S42 from all angles in the gallery below.

Moving to the core specs of the S42, the 5.65-inch display offers HD+ resolution, is vibrant and offers sharp text under all lighting conditions. The adaptive brightness works as intended and bumps up the screen brightness under direct sunlight to make the display easier to read. There is a blue-light filter feature called ‘night light’, an ‘Inadvertently mode’ to prevent pocket operation, and also, an ambient display feature that wakes up the screen when you receive notifications.

Handling the performance of the itel S42 is a Snapdragon 425 processor mated to 3GB RAM and 16GB storage, which can be further expanded up to 128GB. Out of the 16GB storage, around 8GB is available to the end user. In our limited stint with the device, it seldom lagged and performed smoothly while multitasking and switching between apps. The handset is powered by a 3,000mAh battery.

Further, the smartphone runs Android 8.0 Oreo that has a proprietary interface on top with customised icons and pre-loaded apps. itel has pre-installed a number of apps apart from the Google Suite, including Palmchat, Palmstore, and social media apps among others. The brand has also integrated a dedicated battery saver mode in the phone, which can either be toggled manually or scheduled to turn on automatically when there is 15 percent or 5 percent battery left. It offers three modes – custom mode, smart power saving mode and ultra power saving mode. Further, the phone has a dedicate icon to customise the fingerprint scanner, letting users use it for tasks like capturing photos, call recording, accepting calls etc. Another feature that caught our attention is called ‘i-Smart’ in settings, which offers options like three-fingers screenshot, a bunch of screen-off gestures, a one-handed mode and custom navigation buttons. 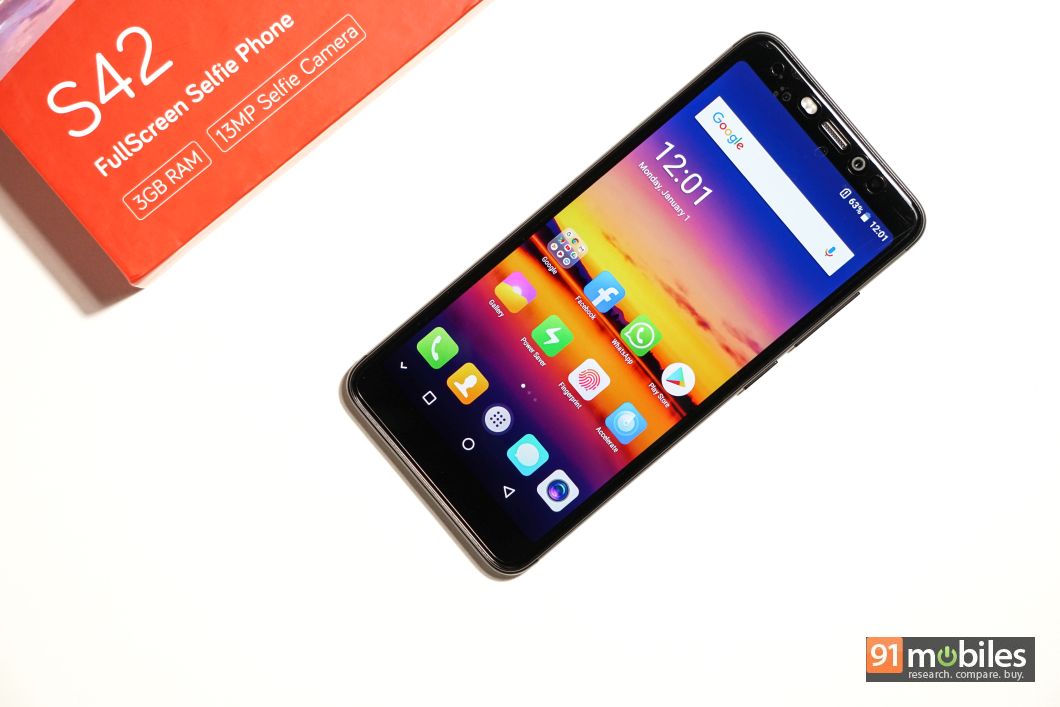 In the camera department, the S42 gets 13-megapixel cameras on both the front and rear panel. Both cameras are accompanied by dedicated dual LED flash units for improved low light imaging. Firing up the camera, you get HDR, flash, stickers and live filters on the top. While there are modes like Panorama, video, photo, beauty, lowlight and Pro mode on the bottom along with shutter button. In the selfie mode, the HDR, panorama, lowlight and pro mode are missing, and instead, a wide selfie mode has been added. While the initial bunch of test shots and selfies taken in natural light look decent, both cameras seem to struggle a bit in less-than-ideal lighting conditions. That said, it’s a tad early for us to comment on camera performance before trying it out properly.

While the itel S42 comes across as an impressive handset, it has its task cut out since this segment has devices like the Xiaomi Redmi Note 5 (review), Honor 9 Lite (review) and recently-launched Xiaomi Redmi 5 (unboxing and first impressions).