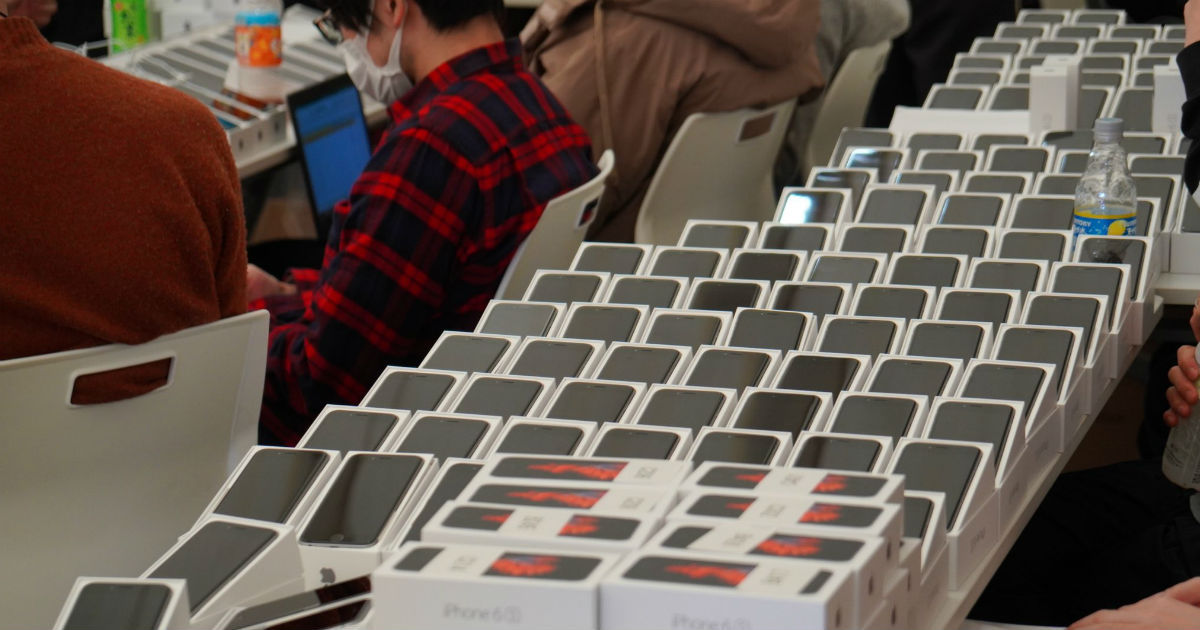 Nearly 2,000 iPhones are being distributed to individuals aboard the coronavirus-hit cruise ship Diamond Princess, in order to help them use the communications app Line and talk to medical and psychological health experts in the region. The Japanese Ministry of Health, Labour and Welfare, in collaboration of Japan’s Ministry of Private Affairs and the Ministry of Internal Affairs and Communications, are undertaking this exercise at Japan’s Yokohoma port, which is said to be a quarantine region for nearly 3,700 individuals who may have been affected by the deadly viral outbreak.

According to a report by Macotakara, the 2,000 iPhones are being distributed for free among the individuals aboard the Diamond Princess and it is being ensured that at least one iPhone is being placed in every cabin of the ship, including both the crew and the passengers onboard. Officials cited in the report have revealed that the exercise is being undertaken because the Line app, which is being used as the primary communications channel between patients and medical experts, may not be available for download in devices that were sold and set up outside Japan. Both Android and iOS phones may have faced the issue of not being able to download the app, which is why the Japanese government is distributing the devices.

Over 350 passengers onboard the Diamond Princess have reportedly tested positive towards coronavirus, thereby turning the ship into a mobile hotspot for those affected with the virus. The ship is presently quarantined at the Yokohoma port, which is said to be a prime quarantine zone for the virus. While the ship’s quarantine period is said to end on February 19th, the initiative undertaken is a positive one, and can potentially help individuals in distress aboard the ship access help for physical and mental issues related to the viral outbreak.

Technology is playing a critical role, be it for the good or the bad, in the Novel Coronavirus outbreak that has Wuhan, China as the epicentre of the disease. Individuals who were given the said iPhones have also been reportedly given a manual with details of how to access help on the phones, with contact points on the Line app marked out. Photographs of the issuance of the iPhones were shared online by volunteers, giving an insight into a peak crisis situation where technology can potentially play a helping hand at.