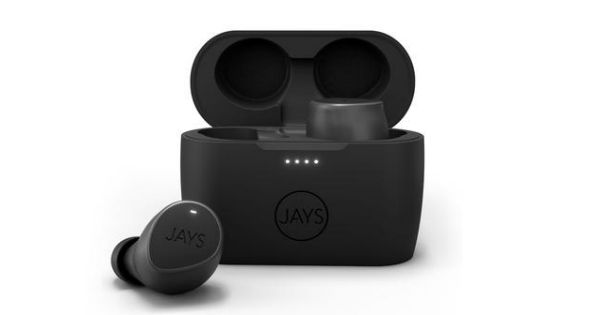 “The JAYS m-Seven truly wireless earbuds are claimed to offer up to 9.5 hours on a single charge and an additional three charges of 9.5 hours in the case”

JAYS m-Seven true wireless earbuds have been officially launched in India. These are claimed to offer up to 9.5 hours on a single charge and an additional three charges of 9.5 hours each in the case. There is a battery indicator as well. The earbuds feature a 6mm dynamic driver that delivers immersive audio and Bluetooth 5.0 for connectivity. These come with built-in touch controls on the side of earbuds for easy controlling of music playback.

The JAYS m-Seven come with digital assistant integration, allowing users to perform tasks hands-free like controlling music, calls and other function on-the-go. Each housing weighs 5.9 grams, the frequency range is 20Hz – 20,000Hz, and the box charges via USB Type-C port. The JAYS m-Seven True Wireless earbuds are priced at Rs 8,999. JAYS and are available online on Headphone Zone and in-store. The company is also offering a one-year warranty.

Henrik Andersson CEO at JAYS Group, said, “When we first discussed what our product should do better than other true wireless earbuds, we choose to focus on design and playtime capacity. We became obsessed with this idea of being able to cross the Atlantic on one charge which we are now able to deliver upon. Our product will last 9.5 hours on one charge.”