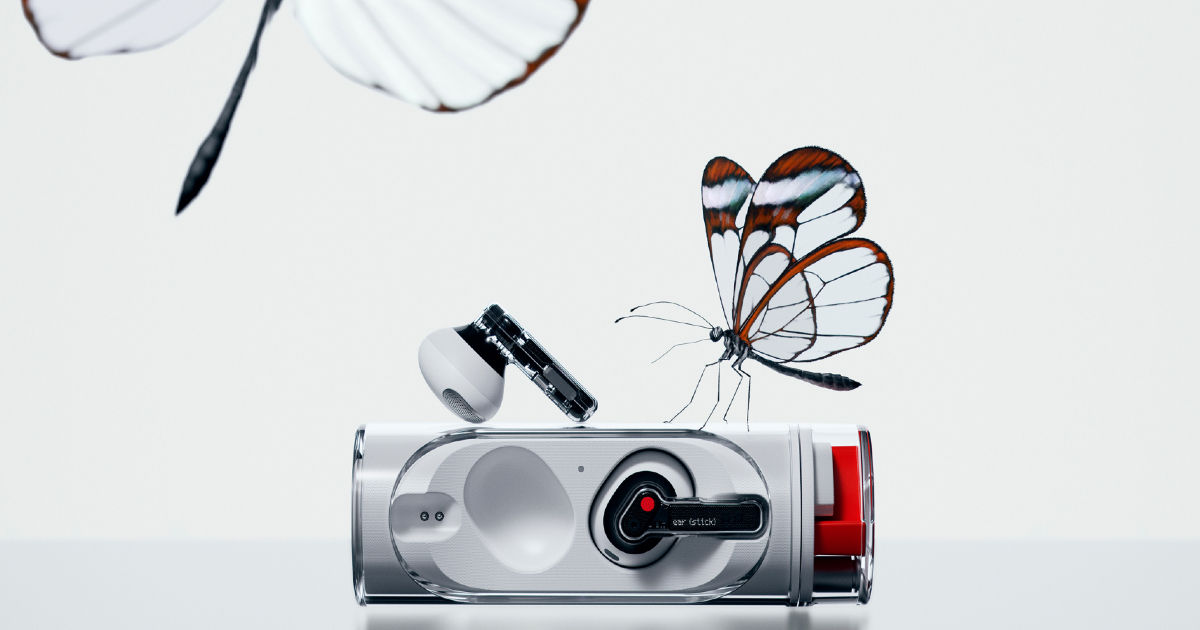 Audio companies are taking notice of Nothing’s success with its transparent design language on the Ear (1) truly wireless earbuds. There are already a lot of lookalikes on the market, with JBL products being the most well-known. When Carl Pei, the founder of Nothing, saw this, he decided to criticise the prominent audio maker on Twitter. Pei posted a picture of the JBL TWS earbuds with the phrase “JB-L,” which essentially mocks the company.

It appears that JBL made a valiant effort to copy Nothing’s homework but failed terribly. While the circuitry in the buds is nicely concealed behind panels on Nothing’s Ear (1) and Ear (Stick) (review), they are clearly apparent in JBL’s offering. However, this is not the first instance in which a company has blatantly copied the design of a rival’s product, and Nothing itself has been the subject of this with their Nothing Phone (1), which has quite a significant resemblance to the iPhone.

The Nothing Ear (Stick) comes with the company’s popular transparent design language and has a unique charging case that twists to open. The brand says that the earbuds have been tested in 100 pairs of ears and have a half-ear design. These have specifically tailored 12.6mm drivers that are supposed to provide deep, distinct highs, and bold details. With three high-definition microphones and new algorithms, Ear (Stick) also introduces the next-generation Clear Voice Technology, which blocks out louder background noises.

According to the company, the Nothing Ear (Stick) offers up to three hours of call time and seven hours of listening time on a single charge. The case provides an additional 22 hours of charge, totalling 29 hours. The Ear (Stick) also comes with fast charging support and a 10-minute charge can provide up to two hours of additional listening time. Compared to the Ear (1) TWS, the Ear (Stick) come at a premium and cost Rs 8,499 in the Indian market.