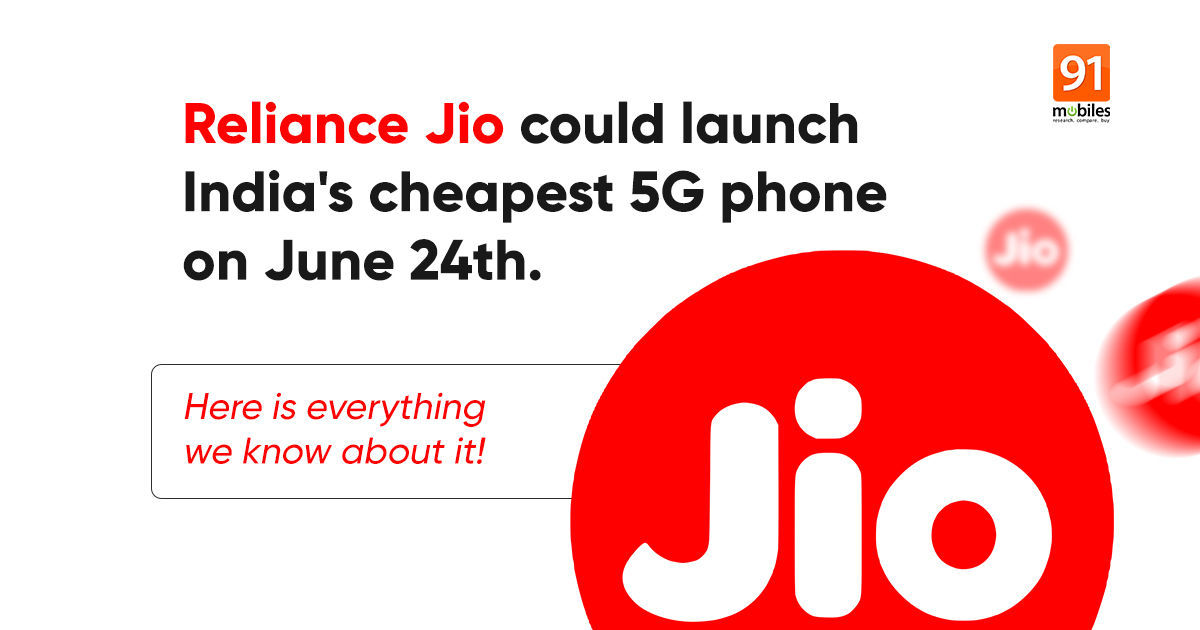 Reliance AGM 2021 is scheduled to take place later today at 2 PM IST. The 44th Annual General Meeting will see Reliance Industries Chairman Mukesh Ambani announce new developments by Jio. The biggest announcements expected today include the Jio network rollout details and the Jio 5G phone launch. We have spoken in detail about what we know about the Jio 5G network launch in our previous story. Now, we shift our focus to the Jio 5G phone, which is widely believed to go official today. Ambani had announced at last year’s AGM that the company was working with Google to launch affordable 5G phones in India.

There is reason to believe that Jio and Google are ready to announce their first Jio 5G phone today, even though the 5G network rollout isn’t expected until later this year or early 2022. Many mainstream phone manufacturers have launched 5G phones in India already, with the cheapest one costing as low as Rs 13,999. Over the past several months, we have heard rumours about the Jio 5G phone price in India and other details, and the AGM 2021 would be the perfect setting to reveal what the company has been developing.

Jio disrupted the telecom market with the launch of affordable Jio 4G data plans. The company is now aiming to disrupt the 5G phone sector with the launch of affordable 5G phones. Based on past reports, the Jio 5G phone price in India will be under Rs 5,000, making it the cheapest 5G phone yet. As mentioned earlier, the cheapest 5G phone right now costs Rs 13,999. Bringing a 5G phone under Rs 5,000 will enable millions of 2G customers to make the leap to 5G, which is what Jio and Google want to see.

What do we know about Jio Google 5G phone?

The Jio 5G phone has been more mysterious than any other smartphone launch in India. As of now, there is no word on what the phone looks like and the hardware it will be packing. This almost makes us wonder whether the device is even ready for commercial launch or not. That said, the phone is expected to run on a forked version of Android. Jio and Google are likely to create a brand new Android version for its low-cost 5G phone, perhaps similar to Android Go.

What about the Jio-Google 4G phone?

If we don’t see the Jio 5G phone announcement today, you can expect Ambani to unveil a new Jio 4G phone powered by Google. According to a report earlier this month, Jio will launch the Android-powered Jio 4G phone in India before Diwali, so we may hear about the phone’s price and specifications later today. This Jio 4G phone’s price in India will be even cheaper than the 5G phone, with a price tag below USD 50 (approx. Rs 3,600).