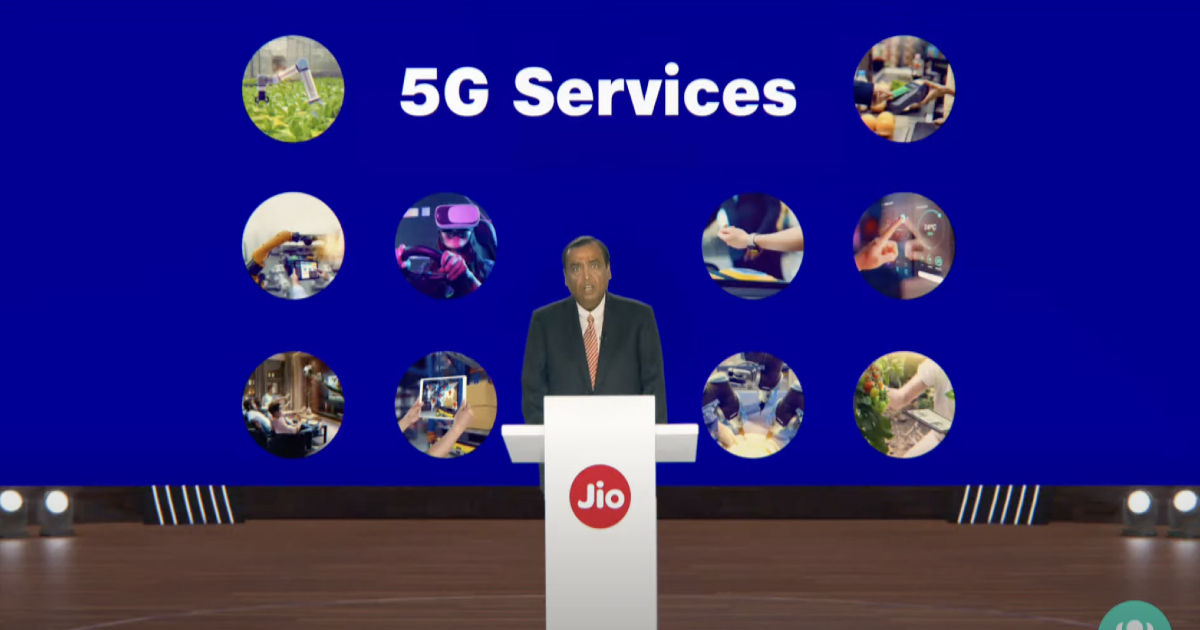 At the 45th Annual General Meeting, Mukesh Ambani-led Reliance Industries officially announced Jio 5G network services in India. The company says that its 5G services have the appropriate mix of 5G spectrum, with 3500MHz mid-band frequency, 26GHz milli-meter wave band, and 700MHz low-band frequency that is essential for deep indoor coverage. Jio says that its 5G network services will be of high-quality, highly affordable, and can cover hundreds of locations across the country. The 5G radio signals are said to be delivered over the existing 4G infrastructure.

Jio says that it will deploy the latest version of 5G called the stand-alone 5G and the 5G services will roll out by this Diwali in key cities like Delhi, Mumbai, Kolkata, and Chennai. 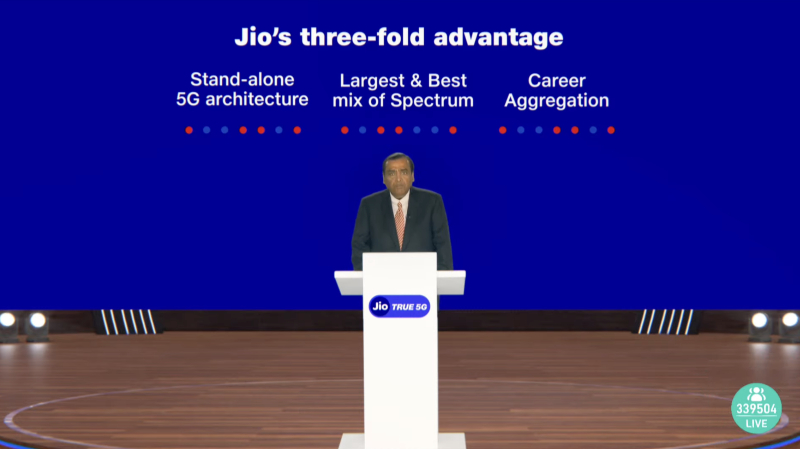 Jio has officially announced the 5G services in India. The roll-out will begin in the country by this Diwali in major cities like Mumbai, Chennai, Kolkata, and Delhi. It will expand to other cities and towns in phases rapidly to cover the entire country by December 2023. The company says that its 5G rollout plan will be the fastest in the world. Unlike other networks, Jio’s 5G will have zero dependencies on the 4G network and will be standalone. 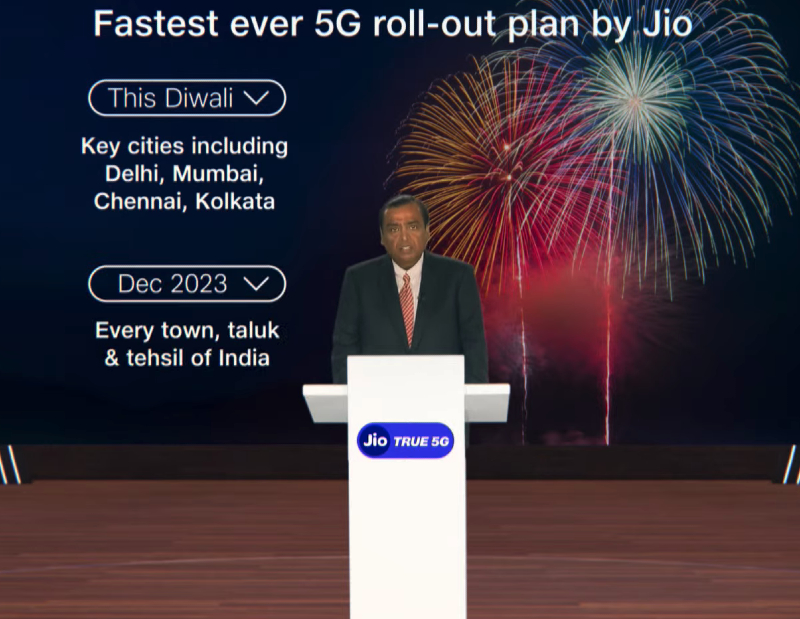 The standalone 5G services are claimed to deliver new and powerful services like low latency, massive- machine-to-machine communication, 5G voice, edge computing, network slicing, and the metaverse. To build a pan-India true 5G network, Jio has committed a total investment of Rs 2 lakh crores. Jio has indigenously developed an end-to-end 5G stack, which is fully cloud-native, software-defined, and digitally managed with support for even advanced features like Quantum Security.

With 5G, Jio will launch billions of smart sensors with connected intelligence that will trigger the Internet of Things and can even trigger the fourth industrial revolution. Jio says that its 5G network has been developed in-house by 2,000+ young Jio engineers. Jio True 5G is claimed to deliver breakthrough increases in broadband speed and drastically lowers latency.