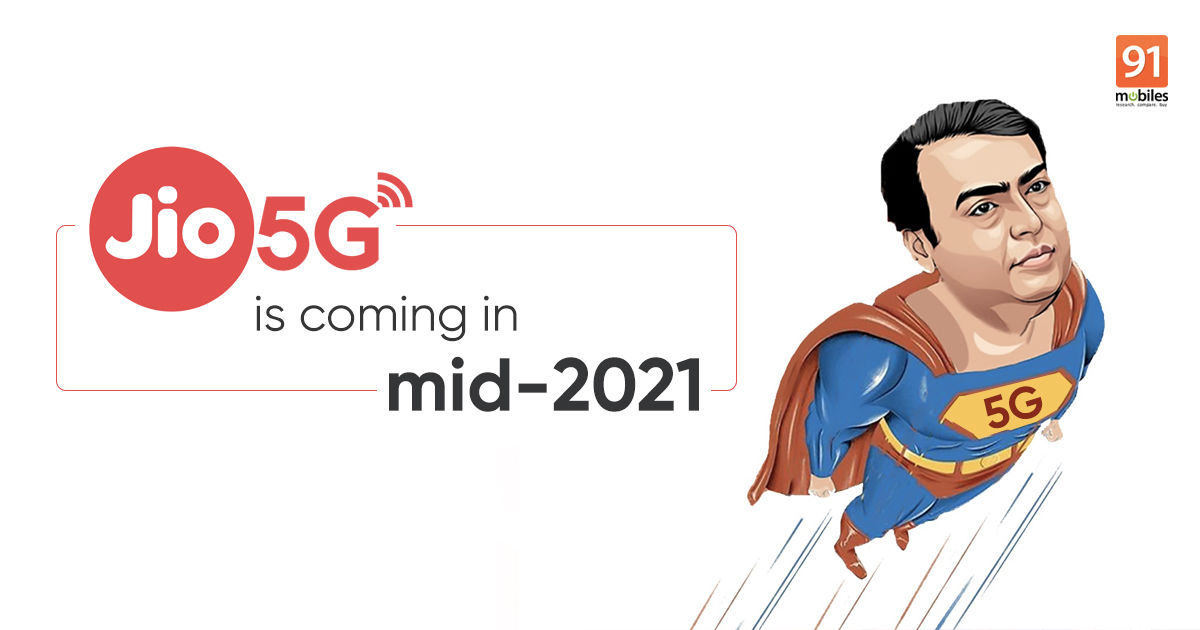 Jio will roll out 5G services in India by June 2021, Reliance chairman Mukesh Ambani said in his keynote address during the Indian Mobile Congress 2020 on Tuesday. 5G is the next evolution in mobile network technology and is already available in many parts of the world. India is yet to roll out 5G services and Jio aims to pioneer the “5G Revolution” in the country next year. Ambani stressed the need for policy steps to accelerate the early rollout of 5G and to “make it affordable and available everywhere”.

Jio 5G services are expected to be available in the second half of 2021. The telco has already confirmed it will launch affordable 4G and 5G smartphones in India soon in order to help millions of 2G feature phone users in India make the transition to smartphones. “As many as 300 million mobile subscribers in India are still trapped in the 2G era,” Ambani said in his address.

Jio has partnered with Google to launch affordable Android-powered smartphones in India. Based on past reports, these devices will cost around Rs 4,000, making it easy for 2G feature phone users to upgrade. The telco plans to manufacture over 200 million smartphones over the next two years, as per a previous report.

At the 43rd Annual General Meeting in July, Mukesh Ambani announced that Jio has created a complete 5G solution “from scratch” and the company will use 100 percent home-grown technologies and solutions. Ambani reiterated on Tuesday that Jio 5G will be a “testimony to Prime Miniter Narendra Modi’s vision of ‘Atmanirbhar Bharat'” Jio Platforms, Ambani said, has built world-class capabilities in Artificial Intelligence, Cloud Computing, Big Data, Machine Learning, Internet of Things, Blockchain, etc.

Jio 5G SIM, launch date in India, plans, speed, trial, and everything we know so far

Jio 5G launch plans, speed, applications, and everything else we know so far