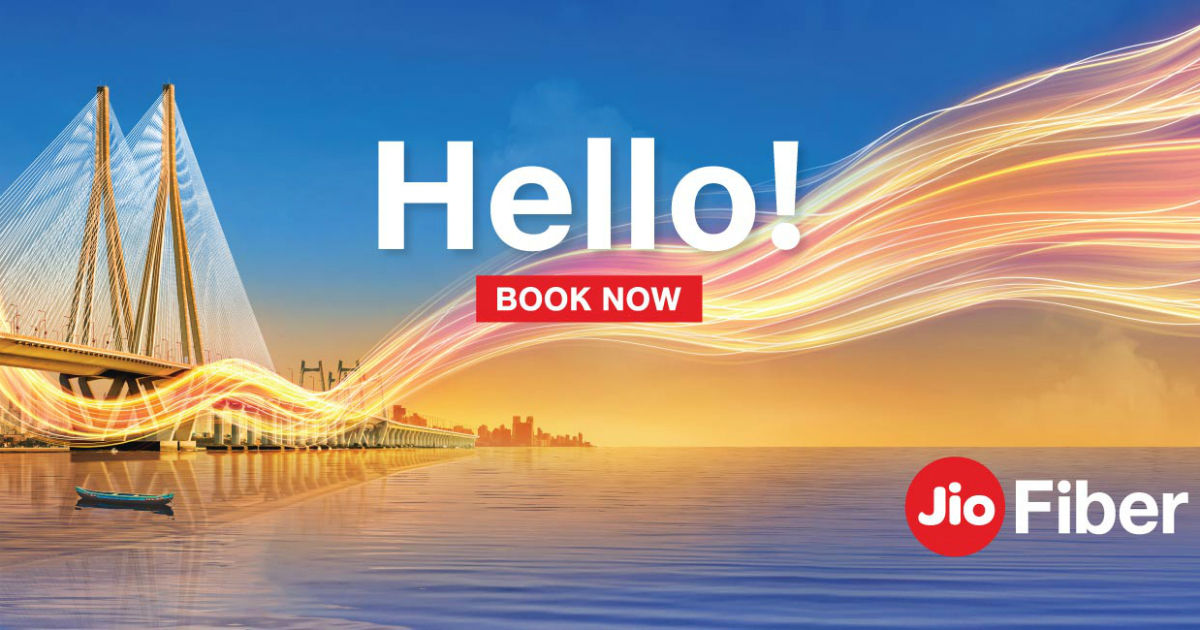 JioFiber broadband plans in India have been revamped by the Mukesh Ambani-backed company and also announced a new ’30-day free trial’ promotional offer. The new plans come across as a move to attract new users in the country to tackle the competition. Jio says the new plans will have symmetric speed, meaning the download and upload speed will be the same. This is a good change considering Jio was reportedly capping upload speed to just one-tenth of download speed. Though Jio says the revamped plans are truly unlimited, there might be fair usage policy (FUP) cap and the company is yet to announce those details.

The new Jio Fiber plans start at Rs 399, that offers 30 Mbps speed. However, the package doesn’t include access to OTT apps. Other new plans introduced include Rs 699, Rs. 999, Rs. 1,499. However, access to OTT apps is only available on Rs 999 plans and above. All the new plans offer truly unlimited internet usage and voice calls. Jio isn’t discontinuing old plans at the moment and all the existing subscribers will have the option to move to a new plan and they will be charged based on the package. The 12 OTT apps include Netflix, Prime Video, Disney+ Hotstar, JioCinema, Zee5, Sony Liv, Voot, Alt Balaji, Sun NXT, Shemaroo, Lionsgate Play, and Hoichoi. 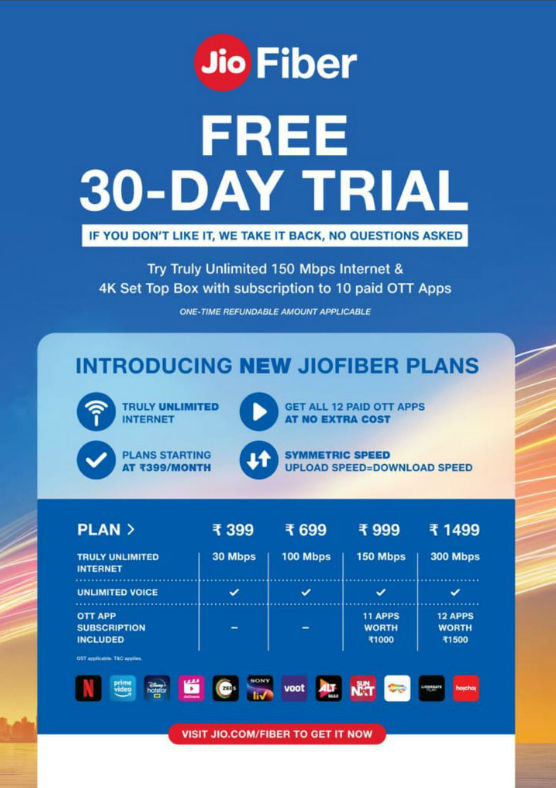 The trial program offers 30-day access to JioFiber broadband connection with up to 150Mbps speed, free voice calls, a 4K set-top box and subscription to 10 OTT apps under the new JioTV Plus platform at no extra cost. However, users opting for 4K-set-top-box will have to pay Rs 2,500 and gain access to OTT apps and those who do not opt for the setup-top-box have to shell out Rs 1,500. However, this would be refundable upon surrendering the connection. Jio says that all new Jio Fiber customers from September 1 will get the 30-day free trial period and connections between August 15th-31st are also eligible for a 30-day free trial.