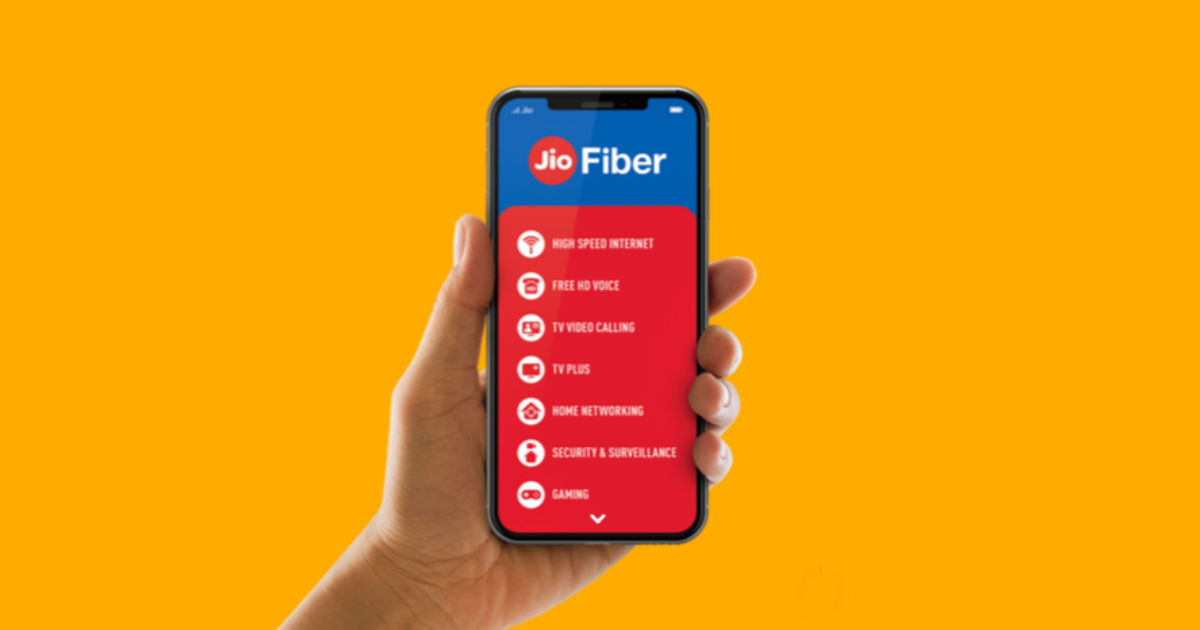 “Jio Fiber was officially launched in India last month, with a minimum claimed speed of 100Mbps, even on the base Bronze plan priced at Rs 699 per month”

Jio Fiber, the wired broadband wing of Reliance Industries Limited (RIL), is offering speeds of only up to 50Mbps on Wi-Fi under its 100Mbps plans in Delhi-NCR. This piece of news comes to 91mobiles courtesy a promotional pamphlet shared by one of several Jio Fiber agents in Central Delhi. The pamphlet clearly mentions that Jio Fiber plans will offer the 100Mbps speed only via LAN and Ethernet. Wi-Fi speeds are said to be capped at 50Mbps. Here are the details.

As seen in the pamphlet, the current offer from Jio Fiber provides “speed upto 100Mbps on LAN/Ethernet and upto 50Mbps on Jio Wi-Fi Home gateway.” The pamphlet has been obtained from a locality in Central Delhi. The plan also offers monthly data of 100GB, with additional top-up recharge of 1000GB in the form of 25 recharge packs of 40GB each.

Jio Fiber was officially launched in India last month, with a minimum claimed speed of 100Mbps, even on the base Bronze plan priced at Rs 699 per month. At launch, Reliance Jio had not specified any such caps for Wi-Fi access, thus it is strange to see it during rollout in Delhi. While the downgrade in speed could be linked to the use of single-band Wi-Fi routers, a 50 percent reduction in speeds is unlikely. More surprisingly, the difference between LAN and Wi-Fi speeds was even starker than what was (not) advertised – on the same network, the user got 110Mbps speed on LAN and a paltry 28Mbps on Wi-Fi.

91mobiles got in touch with one of the on-site Jio Fiber technicians who told us that this speed reduction was due to the provision of single-band (2.4GHz) Wi-Fi routers by the company. However, we were assured that Wi-Fi speeds of up to 100Mbps could be obtained with a dual-band (2.4GHz and 5GHz) Wi-Fi router, purchased separately.

To recall, Jio Fiber plans start with the bronze plan at Rs 699 per month and go upto Rs 8,499 with the Titanium plan that offers speeds of up to 1Gbps. Included for free in every Jio Fiber plan are benefits like unlimited voice calling, TV video calling, gaming, home networking, device security and (up to 5 devices). The Diamond, Platinum, and Titanium plans also get complimentary access to VR experience and premium content like First Day First Show movies.