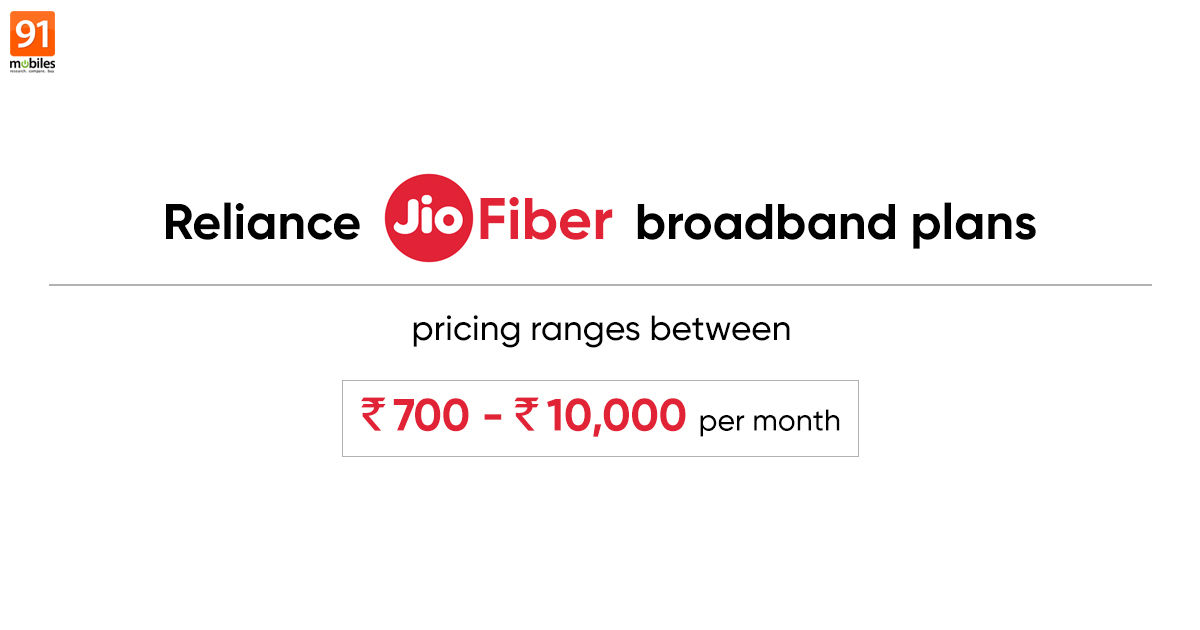 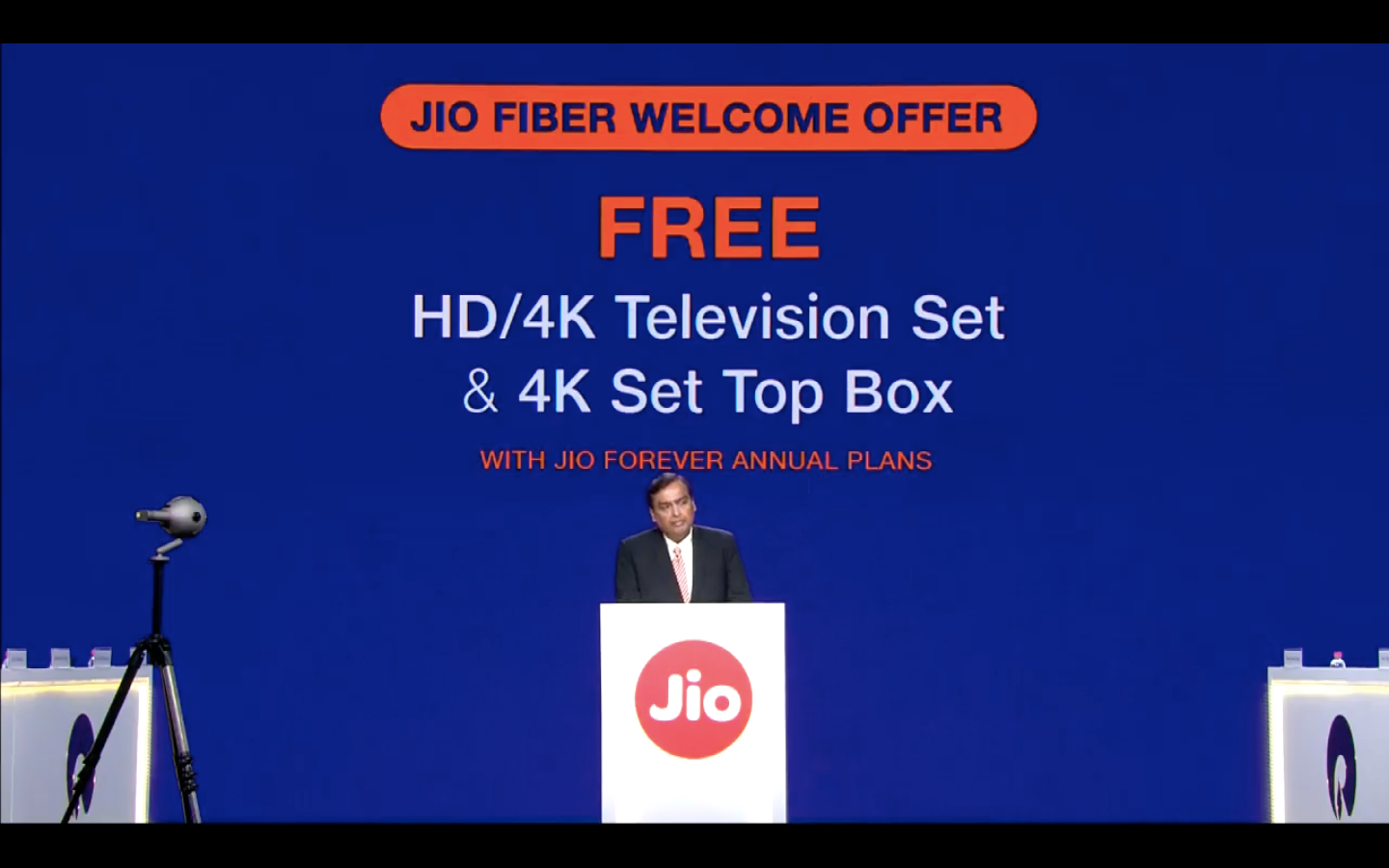 At the RIL AGM 2019, the company has announced it will be delivering the Jio GigaFiber broadband service to 20 million homes and 15 million businesses. At present, the Jio GigaFiber broadband service is being tested in 5 million homes, which consume more than 100GB data per month. At the time of commercial launch, the Jio Fiber plans will start at 100Mbps and go up to 1Gbps. Plans will come bundled with free subscriptions to most content services, though no names were revealed. Also, subscribers will be able to watch new movies on the Jio platform on the same day they are released; this will become available starting mid-2020.

Voice calls to any operator (both fixed and mobile) on the broadband plan will be free forever, similar to the mobile network. For ISD calls, subscribers will have to pay 1/5th to 1/10th of the current industry tariffs; there will also be a Rs 500 per month plan for calls to the US and Canada. Jio PostpaidPlus will be a “special mobility service” for GigaFiber users, offering them priority SIM set-up at home, family plans with data sharing, affordable international roaming plans, phone upgrades at “preferential prices,” etc.

To recall, the Jio GigaFiber pilot test was limited to 1,100 cities in India, with speeds touching up to 1Gbps. It will power the company’s IoT as well as TV ambitions as well. The company estimates revenues from the project will start kicking in FY2020. The company pegs the potential digital services spend at about Rs 5 lakh crore on the lower end.

On the TV front, the Jio set-top box with 4K support will be launched to deliver DTH content and smart TV experience to users. It will provide a smart TV experience as well as video calling support on the large screen on the operator’s network. The Jio smart TV UI will include the company’s apps as well as those from third-party platforms. It will also support games from Microsoft, Tencent, GameLoft, and Milestone as well as VR content in 4K resolution. 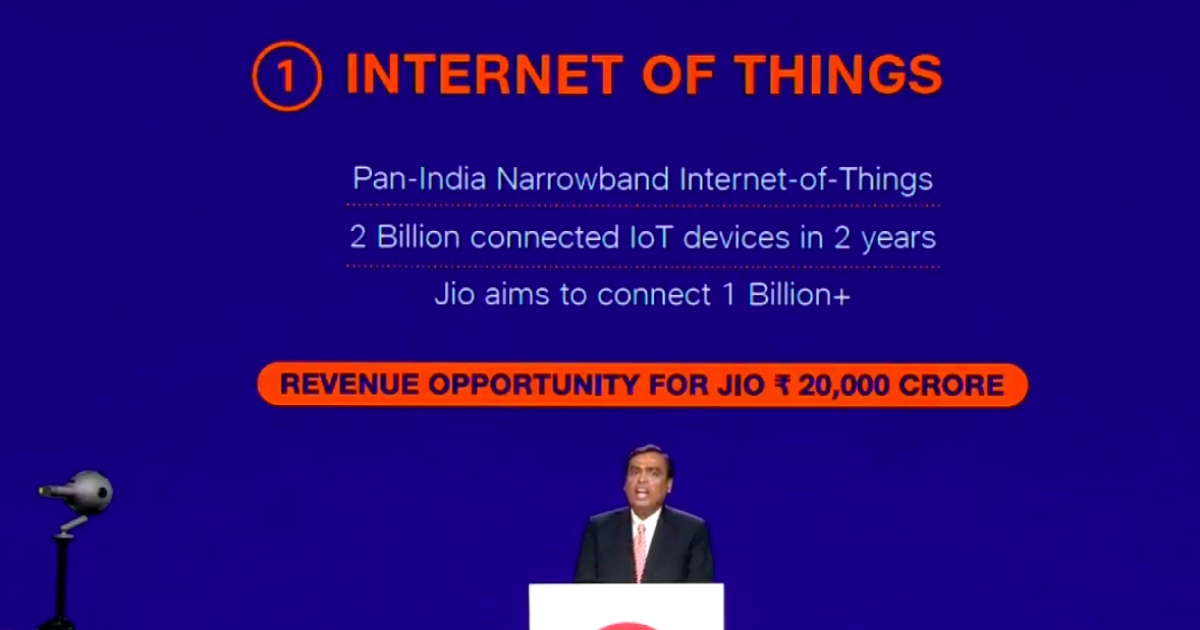 Moreover, Jio has said it will launch its Internet of Things platform on January 1st, 2020. The platform will target 1 billion IoT devices and the company pegs the opportunity at roughly Rs 20,000 crore.

Separately, the company has announced that the Jio subscriber base has touched 340 million, making it India’s biggest telecom operator in revenue, profit, and subscriber terms, according to RIL Chairman and MD Mukesh Ambani.