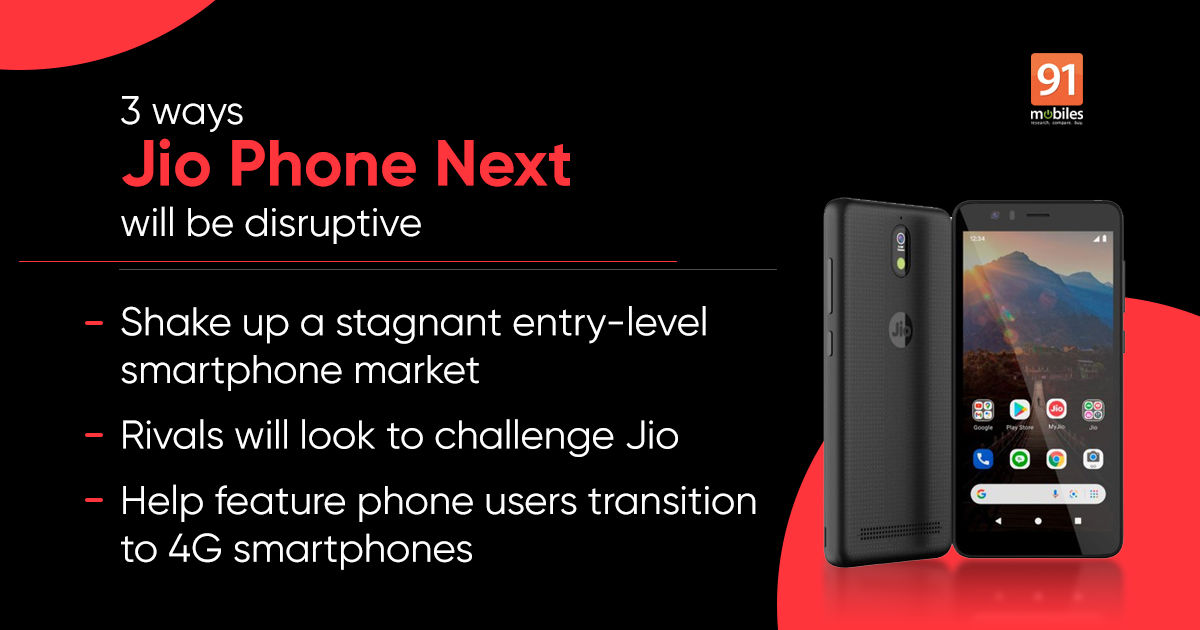 When it comes to Jio specifically, Mukesh Ambani has had a flair for showmanship. Ever since the launch of Jio, the Reliance Industries chairman has been part of key moments that shook up the telecom market in more ways than one. From the launch of affordable Jio plans that made Airtel and Vodafone Idea sweat profusely to the launch of the Jio Phone feature phone that was “effectively free” for the masses. With the Jio Phone Next, Ambani wants to shake up the affordable 4G smartphone market. And if history has told us anything, he just might do that. The Jio Phone Next will go on sale from September 10th and a recent leak revealed the phone’s price tag.

The Jio Phone Next price in India is said to be just Rs 3,499, as per a new leak. While we should wait for the official price reveal from the brand, we can’t help but feel this could be true given Jio’s history of disrupting the market. If true, here are 3 ways the Jio Phone Next could be a game-changer.

If the Rs 3,499 price tag leak holds true and provided there are no hidden terms and conditions, the Jio Phone Next could be the most affordable 4G smartphone in India. That itself would be might disruptive as the entry-level smartphone market has been quite stagnant lately. The cheapest 4G smartphones in India currently are the likes of the Redmi 9a, Realme C11, and Samsung Galaxy M02, which are priced at Rs 6,999 and higher. None of these phones come close to the Jio Phone Next’s leaked Rs 3,499 price tag. Indeed, the number of entry-level smartphones is too few right now, but that could change with the launch of the Jio Phone Next.

The Jio Phone Next will likely be sold with a bundled Jio monthly plan in order to sell the device at an “effective price” of Rs 3,499. We have seen telcos use this strategy before. Airtel also had a thing going with Karbonn back in 2017 in order to sell a 4G smartphone for as low as Rs 1,399. The launch of Jio Phone Next will likely push Airtel and Vodafone Idea to come out with low-cost 4G smartphones as well. 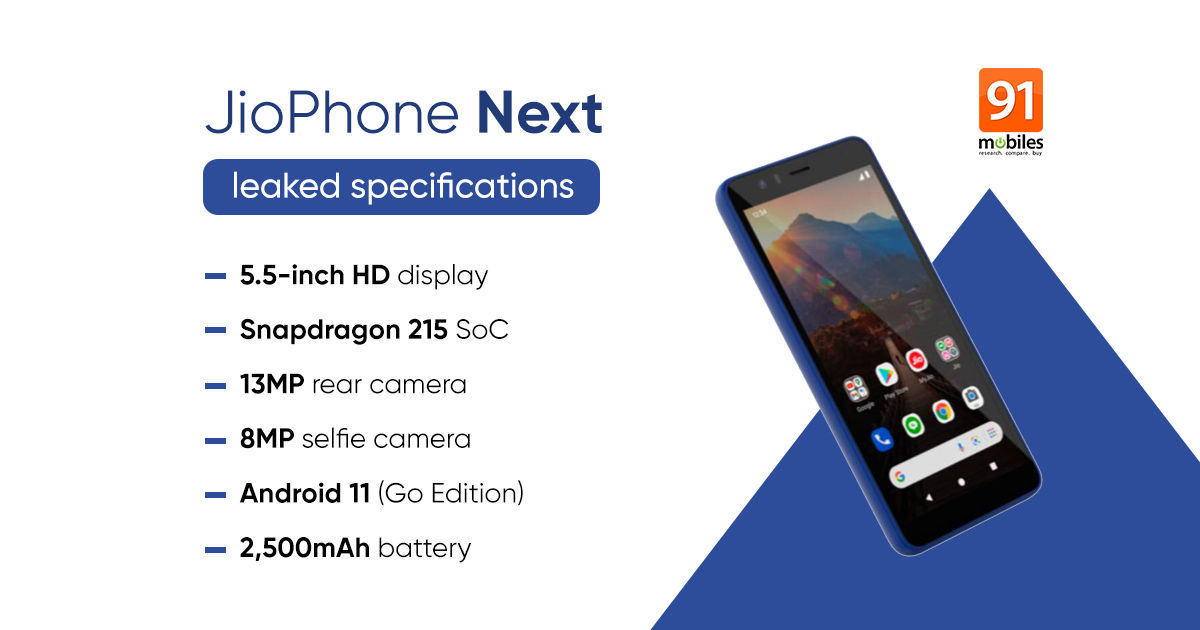 Yes, the Qualcomm 215 chipset is two years old now and this is the first time we will be getting a phone powered by it in India. The Nokia 1.3 and Nokia 1.4 are the only other mainstream phones to get this chipset and neither of them launched in the country. Now that the Jio Phone Next is powered by the Qualcomm 215 SoC, other OEMs will likely follow suit and launch affordable phones with this budget processor.

The Qualcomm 215 is built on a 64-bit CPU architecture and delivers clock speeds of up to 1.3GHz. The processor is equipped with dual IPS for dual camera support up to 8MP or 13MP single camera. It is also the first platform In the 2 series to support dual SIM with dial VoLTE, a feature you can expect to see on the Jio Phone Next.

Jio Phone Next could lure millions of feature phone users…eventually

Jio and Google have a common interest in reaching the next billion users in India. These are the 2G feature phone users that still exist in massive numbers in the country despite the dawn of 5G phones and the imminent arrival of 5G network. The affordable Jio Phone Next with a Rs 3,499 price tag will help 2G feature phone users make the switch to 4G smartphones.

It will be a slow process, but Jio is reportedly expecting to move over 200 million Jio Phone Next units over the coming years. Due to the chip shortage issue, analysts expect Jio to face supply chain problems in the short-term scenario.