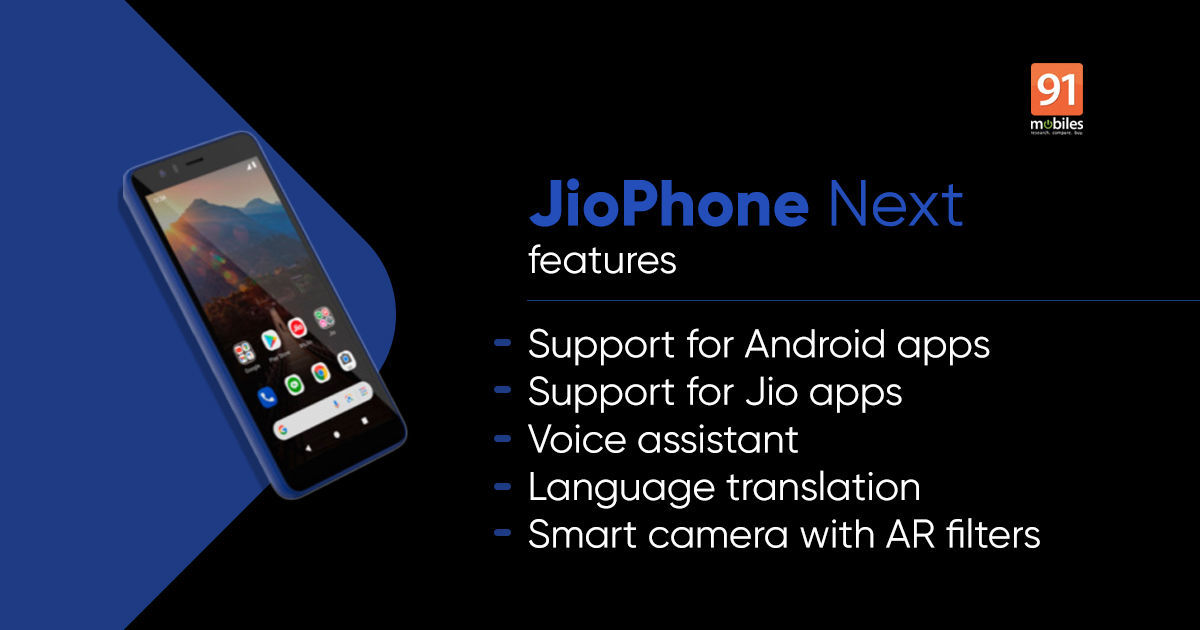 Jio Phone Next specifications have finally surfaced online nearly two months after the affordable 4G phone was announced. To recall, the Jio Phone Next was unveiled at the Reliance AGM 2021 in June. At the time, the company only revealed the design of the phone and teased a few features, leaving the hardware a complete mystery. Now, XDA Developer’s Mishaal Rahman has revealed key Jio Phone Next specs ahead of the phone’s sale in India from September 10th. Let’s find out what the affordable 4G smartphone from Reliance and Google will bring to the table.

Jio Phone Next specifications revealed ahead of sale in India

Rahman starts off his tweet by sharing the JioPhone Next boot screen, which shows “Created with Google”. The smartphone will come with Google Duo Go pre-installed, but it apparently isn’t a special Android Go-optimised version of Duo. Also, a newer version of Google Camera Go comes pre-installed with Snapchat integration.

Also read: Jio Phone Next specifications, sale date, rumoured price, and everything else we know so far

Moving on to the hardware and software side of things, the Jio Phone Next is powered by the Qualcomm 215. This entry-level 1.3GHz processor powers phones like the Nokia 1.4 currently. The display offers a 1440×720 resolution based on the boot animation, Rahman notes. The Jio Phone Next runs on Android 11 (Go Edition) out of the box. RAM and storage details haven’t been shared but we assume the Jio Phone Next will not offer more than 2GB of RAM and 32GB of internal storage. Other confirmed Jio Phone Next features include voice assistant, language translation, smart camera with AR filters, and more.