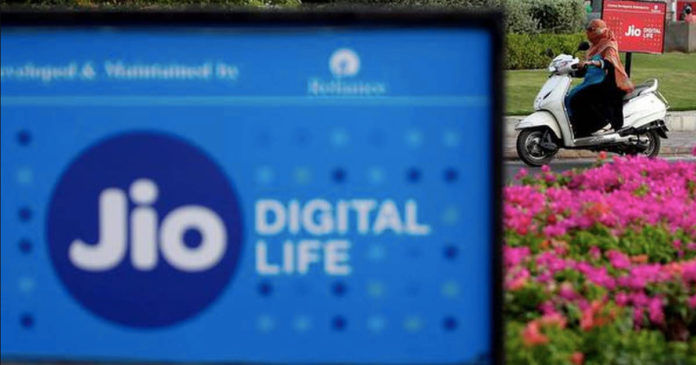 “Jio now has a total subscriber base close to 370 million, per TRAI’s recently released data”

Jio has officially become the leading telecom operator in terms of subscribers base in India. Telecom Regulatory Authority of India (TRAI) has released a report of November 2019, as per which, Jio has the most number of subscribers in the country. During the month, Mukesh Ambani-backed telco added 5.6 million new users, taking its total tally of the subscriber base to 370 million users. This helped Jio capture market share of 32.04 percent and gain a lead over Vodafone Idea Ltd, which is in the second position with 320 million subscribers. The telco is said to have lost more than 30 million subscribers, which resulted in its market share shrinking to 29.12 percent.

Bharti Airtel, meanwhile, occupies the third position with 28.35 percent market share and subscribers base around 280-285 million. The only bright side for Airtel is that it didn’t lose any customers. The telco, in fact, added 1.65 million users to its database. As for the state-owned telco BSNL, almost 3.4 lakh new subscribers joined the network in November 2019. It’s worth mentioning that the aforementioned subscriber base of the telcos does not include inactive users.

In related news, Jio and Airtel have both rolled out Wi-Fi calling feature for their subscribers in India. It allows users to make much-clearer calls through any Wi-Fi connection at no additional cost. The voice and video calls are said to seamlessly switch between VoLTE and Wi-Fi. While Airtel’s Wi-Fi calling functionality currently works in the Delhi-NCR region, Jio has rolled out the services pan-India. It is compatible with over 150 smartphone models, including the iPhone 6s and later, Google Pixel 3, Pixel 3a and Pixel 3a XL, Samsung Galaxy S10, S9, S8-series, Redmi K20 and K20 Pro, POCO F1, Vivo, Motorola, TECNO, iTel, Lava, Coolpad, Infinix, Moblistar and Samsung mid-range phones.