91mobiles.com
Home News Jio calls to all networks will be free once again starting January...
Highlights 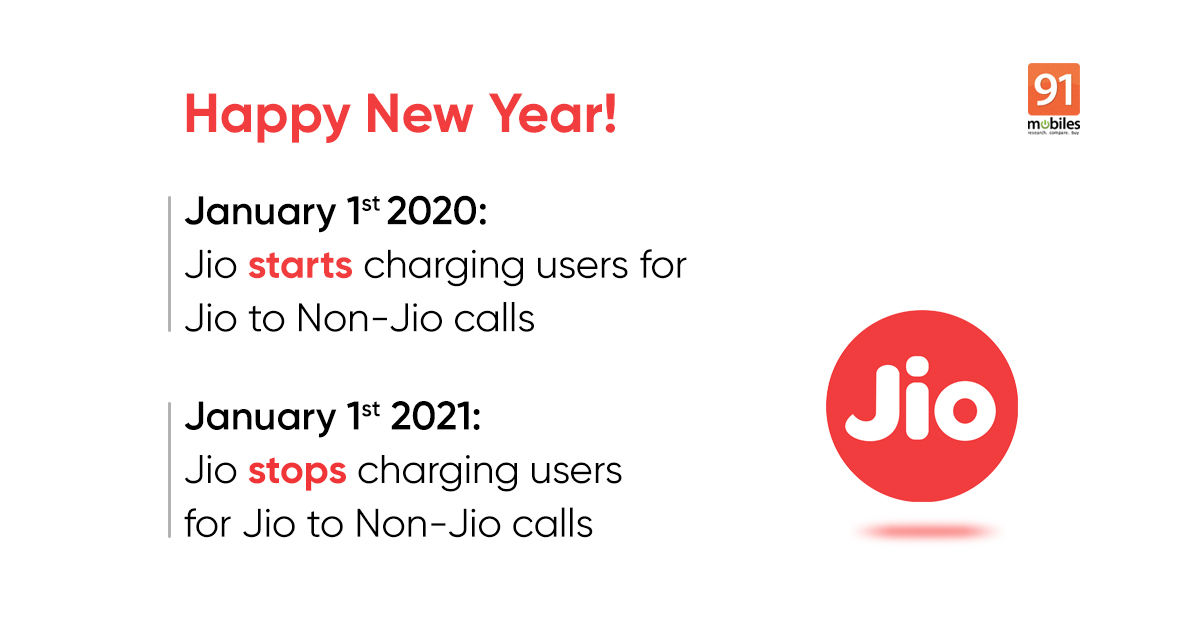 Jio calls made to non-Jio numbers across India will be free starting January 1st, the company has announced. The free Jio calling comes as Telecom Regulatory Authority of India (TRAI) ends the IUC (interconnect usage charges) regime in the telecom sector. Despite launching its services with free calling to all networks, Jio had started charging users for calls to off-network (i.e. calls made to Airtel, Idea-Vodafone/ Vi, BSNL numbers) earlier this year after TRAI had extended the January 2020 deadline for lifting IUC charges. The company had been charging users for off-network calls at the same rate as the IUC charges in the form of additional Jio recharge packs/ top-ups for their numbers.

On-network or Jio-to-Jio calls have been free since the start, as were Jio-to-landline calls. The company compensated had subscribers for the off-net calls by giving additional data in lieu of the recharges at the rate of 1GB for each Rs 10 spent on off-net voice calling recharges. In October, the company had announced that subscribers who purchased Jio recharges on or before October 9th would get free calling to non-Jio numbers until the packs expire.

Jio recharge plans lead the Indian telecom industry in terms of benefits and affordability. The additional costs for calls made to non-Jio numbers affected this affordability to an extent, though that won’t be an issue anymore. The company highlighted the same by pointing out its recharges are up to Rs 50 cheaper compared to the competitive plans by Airtel or Vi.