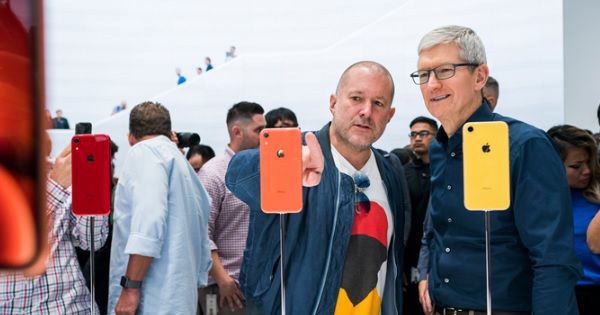 “After a legendary 27-year run, Ivy is leaving Apple to start a new firm, called LoveFrom”

Jony Ivy, the man behind the design of almost all Apple products is leaving the Cupertino tech giant to form his own design company. After spending nearly three decades at Apple, Ivy will now be forming an independent design company, LoveFrom. Notably, Apple will be one of the major clients for Ivy’s new company. While an exact date hasn’t been revealed, he will leave Apple once his transition is complete later this year.

Ivy joined Apple in 1992 and was appointed as Senior Vice President of Industrial Design in 1997. His collaboration with Steve Jobs after the co-founder returned to Apple in 1997 was among the major contributors of the company’s return to form in the following years. With Jobs, Ivy led the design of the candy-coloured iMac in 1998, which saved Apple and helped it to re-establish as a major innovative company in the PC market. Notably, the success of the iMac set the stage for the brand to introduce products like the MacBook, the iPod, and later, the iPhone – all of which were designed by Ivy. Not just the hardware, Ive has had a major impact on the software as he led the redesign of the company’s mobile software with iOS 7 in 2013. Moreover, he led the designing of the company’s new campus headquarters, the Apple Park.

While announcing the news, Apple CEO Tim Cook said, “Jony is a singular figure in the design world and his role in Apple’s revival cannot be overstated, from 1998’s groundbreaking iMac to the iPhone and the unprecedented ambition of Apple Park, where recently he has been putting so much of his energy and care”.

Jony Ivy in a statement said, “After nearly 30 years and countless projects, I am most proud of the lasting work we have done to create a design team, process and culture at Apple that is without peer. Today it is stronger, more vibrant and more talented than at any point in Apple’s history. The team will certainly thrive under the excellent leadership of Evans, Alan, and Jeff, who have been among my closest collaborators. I have the utmost confidence in my designer colleagues at Apple, who remain my closest friends, and I look forward to working with them for many years to come.”

With the position of Chief Design Officer now open, Apple has distributed Ive’s responsibilities. The company’s Vice President of Industrial Design Evans Hankey and Vice President of Human Interface Design Alan Dye will now report directly to Chief Operating Officer Jeff Williams. The Apple COO, who has been involved with the design of Apple Watch, will “spend more of his time working with the design team in their studio.” In addition, Apple has announced a new Senior VP of Operations, Sabih Khan, who is a 24-year Apple veteran. Khan will also report to Williams.