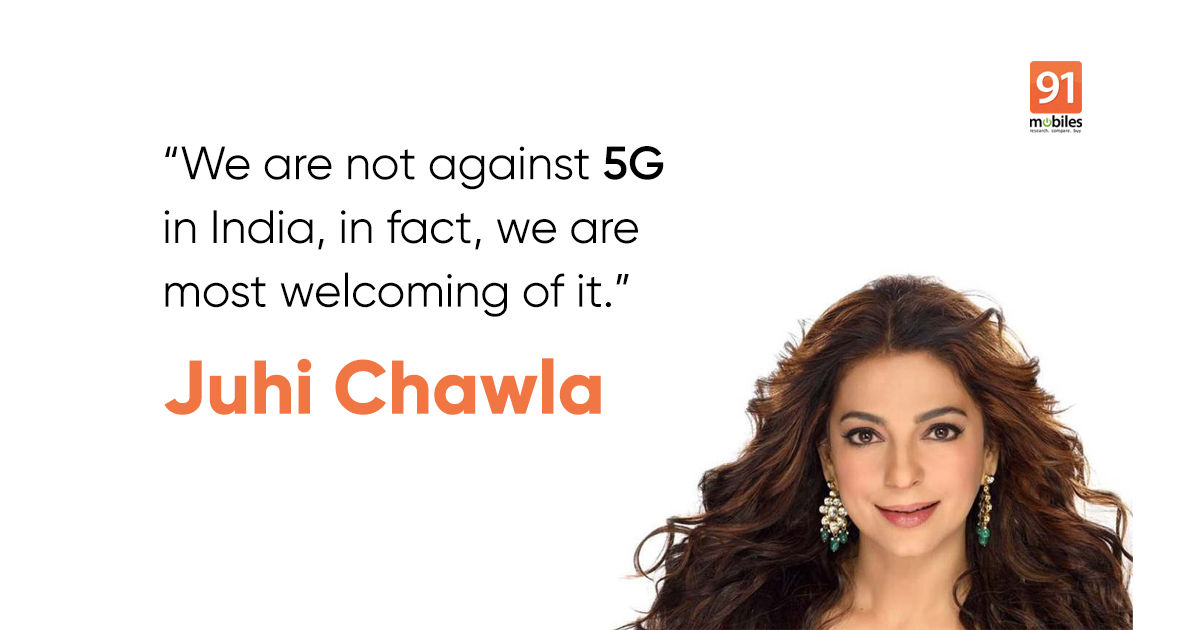 Juhi Chawla, the popular Bollywood actress and environmental activist, had filed a petition against the rollout of 5G in India alongside Veeresh Malik and Teena Vachani. They had claimed in the lawsuit that if the telecom authority in India rolled out 5G, it would cause irreparable damage to the environment. As per the petition, the radiation caused by 5G towers would be 10 to 100 times more than what exists in the environment today. The Delhi High Court dismissed the petition claiming that it was done for publicity, and fined the Rs 20 lakh to all three.

After the Delhi High Court released its statement and announced the fine, there has been a lot of commotion on social media. Now, Juhi Chawla herself has posted a video on her social media account claiming that the most important message was lost in all the noise over the last few days. In the video, she says, “We are not against 5G in India, in fact, we are most welcoming of it.” She goes on to say that the aim of her petition was only to confirm that 5G is certified safe by the government.

She asks the government and the telecom authorities to publish studies and research to the public certifying that 5G is safe to use. “We just want to know that it is safe for children, pregnant women, unborn children, old people, flora, and all the fauna.” The Delhi High Court revealed that the petition by Juhi Chawla and others is a “textbook case of how not to draft a plaint.” The court claimed that the actor had shared a link to the hearing on her social media accounts, which then caused several hiccups on the day of the hearing.

The Cellular Operators’ Association of India has since come forward and stated that 5G in India is totally safe. The country has several strict measures against permitted radiation and only accepts about one-tenth of what is accepted globally. In other 5G-related news, Reliance is expected to announce plans for its 5G service later this month at an event. Airtel and Vodafone Idea are also testing their 5G services in India and could make big strides in the coming year.

While you wait for 5G services to roll out in India, you can check out more news about 5G smartphones as well as popular product recommendations on our Facebook, Twitter, and Instagram pages and head to our YouTube channel for the latest videos.