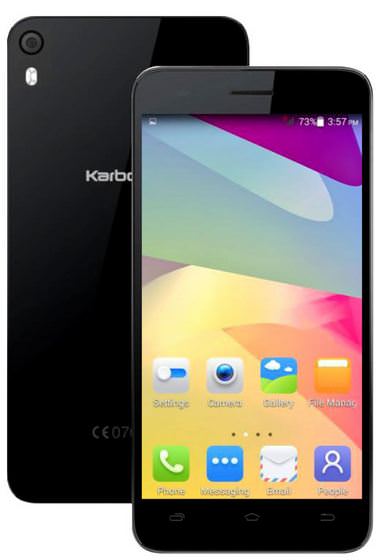 Karbonn recently launched the selfie-centric MACHONE Titanium S310 smartphone with a 5MP front camera and an LED flash. Now the company has launched yet another selfie-focussed device. Called the Karbonn Mach Two Titanium S360, the smartphone is up for grabs on eBay India for Rs 9,715. The phone comes with an 8MP primary camera for quality self-portraits.

At the rear, the Karbonn Mach Two Titanium sports an 8MP camera with an LED flash. It offers a 5-inch HD IPS display, and is powered by a 1.4GHz octa-core processor, aided by 1GB of RAM and a 1,900mAh battery. It houses 8GB of internal memory, which can be further increased by up to 32GB via a microSD card. The phone runs Android 4.4 KitKat, and comes with dual-SIM slots, 3G, Wi-Fi, Bluetooth 4.0, and GPS.

The Karbonn Titanium MACHONE that was released in January is priced at Rs 6,990. Apart from the front-facing selfie shooter, the main highlights of this device include an 8MP autofocus rear camera with an LED flash and a BSI sensor, a 4.7-inch HD display, a 1.3GHz quad-core processor, and 8GB of expandable memory.