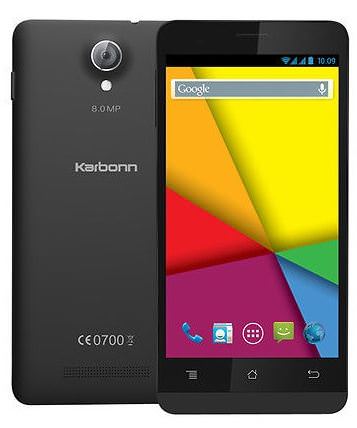 The domestic smartphone maker Karbonn has expanded its portfolio of Android devices with the launch of the Titanium S5 Ultra. Priced at Rs 6,999, the phone is exclusively available on eBay India. The phone has been released right after the launch of the company’s first smartphone under Android One initiative, the Karbonn Sparkle V (first impressions) which is exclusively available on Snapdeal.

Talking about the features, the Karbonn Titanium S5 Ultra sports a 5-inch qHD IPS display and runs the latest Android 4.4 KitKat out-of-the box. It is powered by a 1.3GHz quad-core MediaTek processor, coupled with 1GB of RAM. It comes with 4GB of internal memory, which is further expandable up to 32GB via a microSD card. There is an 8MP primary camera at the back with flash, and a 2MP front shooter for video calling and selfies. On the connectivity front, it offers dual-SIM slots, 3G, Wi-Fi, Bluetooth and micro-USB. It packs a 2,000mAh battery, but there’s no word on its talk time and standby times.