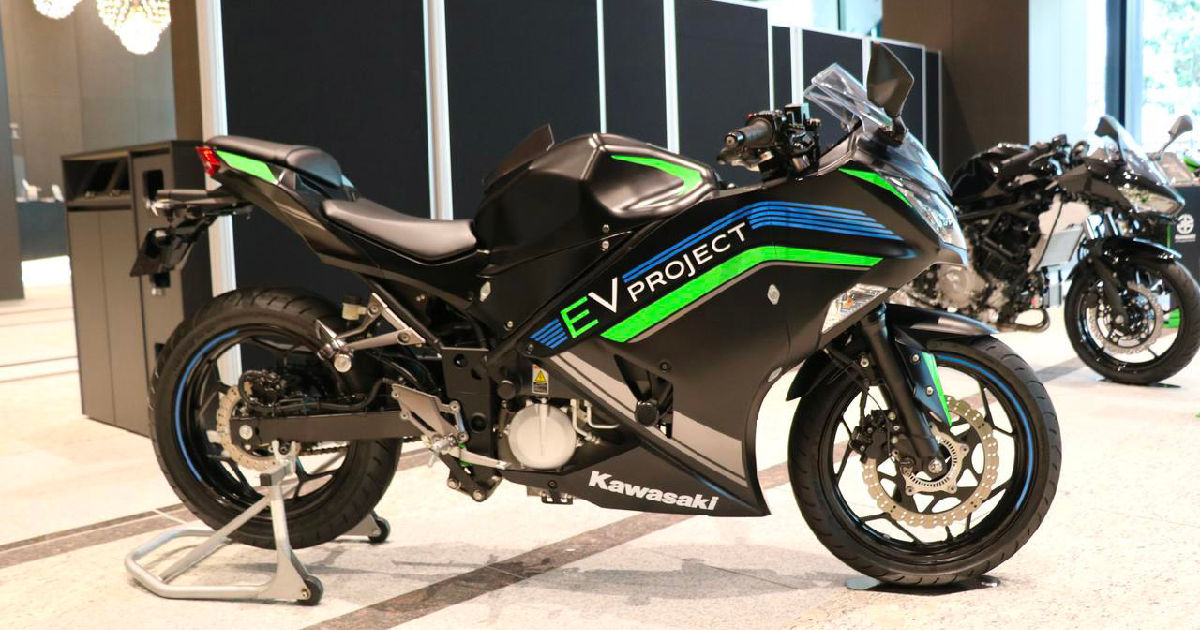 Japanese motorcycling legend, Kawasaki, might soon unveil two new electric bikes and become one of the first major Japanese bike makers to do so. The company is expected to launch two bikes in the A1 class, similar to 125cc class motorcycles. These bikes will use much of Kawasaki’s patented electric powertrain technologies and are expected to stick to Kawasaki’s core motorcycling DNA to a large extent. The bikes are speculated to be called the Kawaski Ninja E2 and Ninja E2-R, as per earlier reports on Kawasaki’s naming trademarks.

While Kawasaki sure has global plans for the two new electric motorcycles, it is unclear if they are going to make it to the Indian market or not. The pricing, too, is a grey area until more details roll out.

Kawasaki might become the first major Japanese motorcycling brand to launch a series of production electric motorcycles. The fabled company is expected to launch two new electric motorcycles in the A1 or 125cc class of vehicles. According to a report by British Motorcycle Federation, the Kawasaki twins might be called the Ninja E2 and the Ninja E2-R. This also means that a naked and fully faired model can be expected.

These new bikes are expected to inherit much of the expertise that Kawasaki has in the motorcycling industry and are also likely to incorporate patented technology. Parallels could also be drawn from an electric bike prototype that was showcased by the company three years ago. Moreover, there are rumours that the Ninja E2 twins could also utilise a four-speed gearbox that would help riders ease into the electrified powertrain and imitate an ICE-powered bike.

Kia installs India's fastest EV charger in Kochi, juices up EV6 from 10 to 50 percent in 18 mins

Ola car price in India teased by CEO Bhavish Aggarwal, could be priced between Rs 40-50 lakh