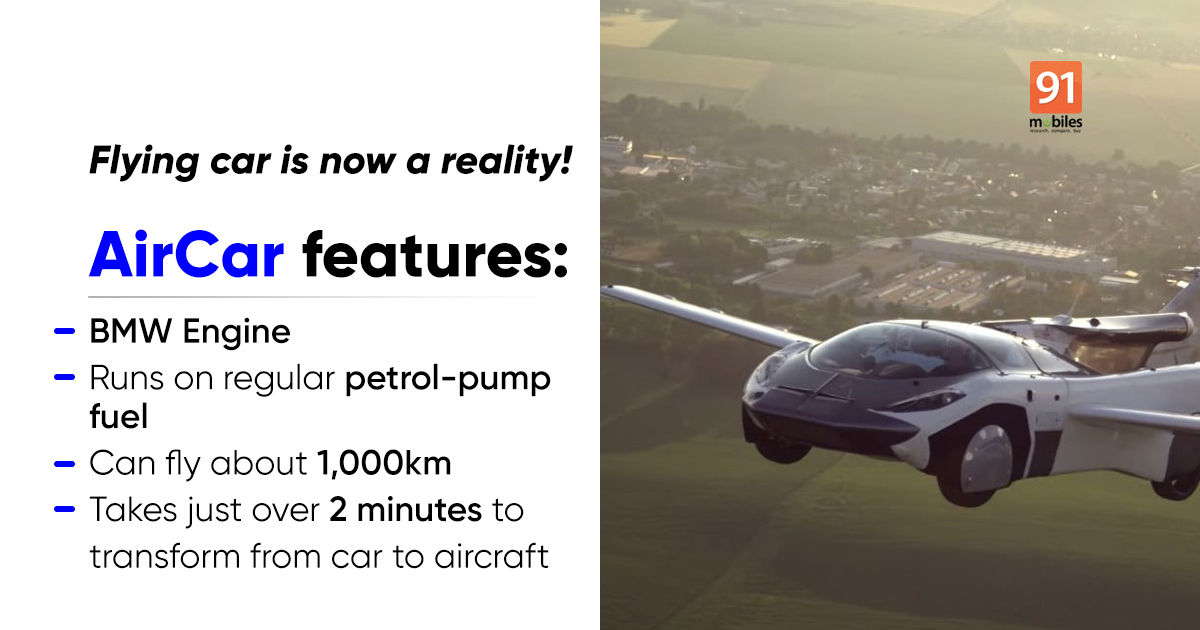 While most people think that flying cars will be limited to movies, a few companies have actually been working hard to make cars that can convert from a road car into aircraft a reality. One such company is Klein Vision. The brand had showcased the AirCar prototype in November 2019 at the China International Import Expo (CIIE) in Shanghai. Since then, Klein Vision had been testing the AirCar for flight operations. Well, the hard work seems to have paid off. The Klein Vision AirCar has now completed a 35-minute test flight between two international airports. This is a huge achievement not only in the aviation and auto sector about also in the field of technology in general.

Also read: Electric cars in India expected to launch in 2021

On June 28th, Klein Vision AirCar successfully completed a test flight between two international airports in Slovakia. The AirCar took off at Nitra international airport and it successfully landed at Bratislava international airport. The flying car took 35 minutes to complete the journey. The road distance between the two airports, according to Google Maps, is around 90KM. This journey usually takes around 50 to 60 minutes by road. The AirCar, however, covered the distance in almost half the time. Klein Vision has also posted a short video of the test flight, and it is quite magical to see a car with four wheels fly in the sky effortlessly.

The Klein Vision AirCar is the first hybrid car-aircraft that has successfully completed a test flight between two international airports. “This flight starts a new era of dual transportation vehicles. It opens a new category of transportation and returns the freedom originally attributed to cars back to the individual,” said Professor Klein, the co-founder of Klein Vision. “AirCar is no longer just a proof of concept; flying at 8,200ft at a speed of 100kt, it has turned science fiction into a reality.” Added Anton Zajac, the co-founder of Klein Vision. 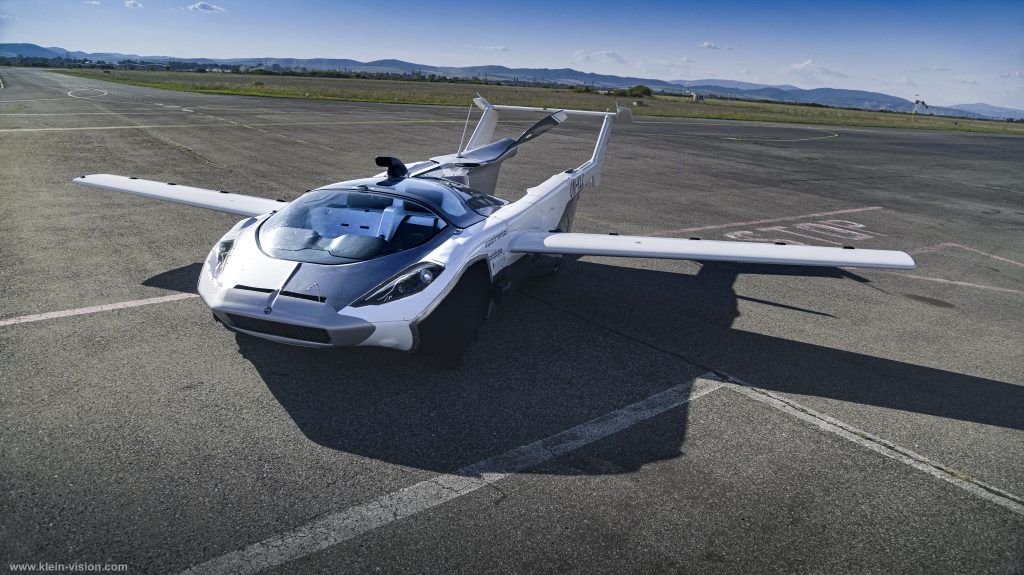 The AirCar Prototype 1 has a 160HP BMW engine, a fixed propeller, and a ballistic parachute. According to Klein Vision, the AirCar has completed 50 hours of test flights including steep 45-degree turns and stability and maneuverability testing. It has flown at 8,200 feet and reached a maximum cruising speed of 190km/h. This car can carry two passengers with a maximum weight of 200kg. Klein Vision is also working on the AirCar Prototype 2. It will be equipped with a 300HP engine and it will be able to cruise at 300km/h and offer a range of up to 1,000km. Klein Vision hopes that the AirCar Prototype 2 will receive the EASA CS-23 aircraft certification with an M1 road permit.