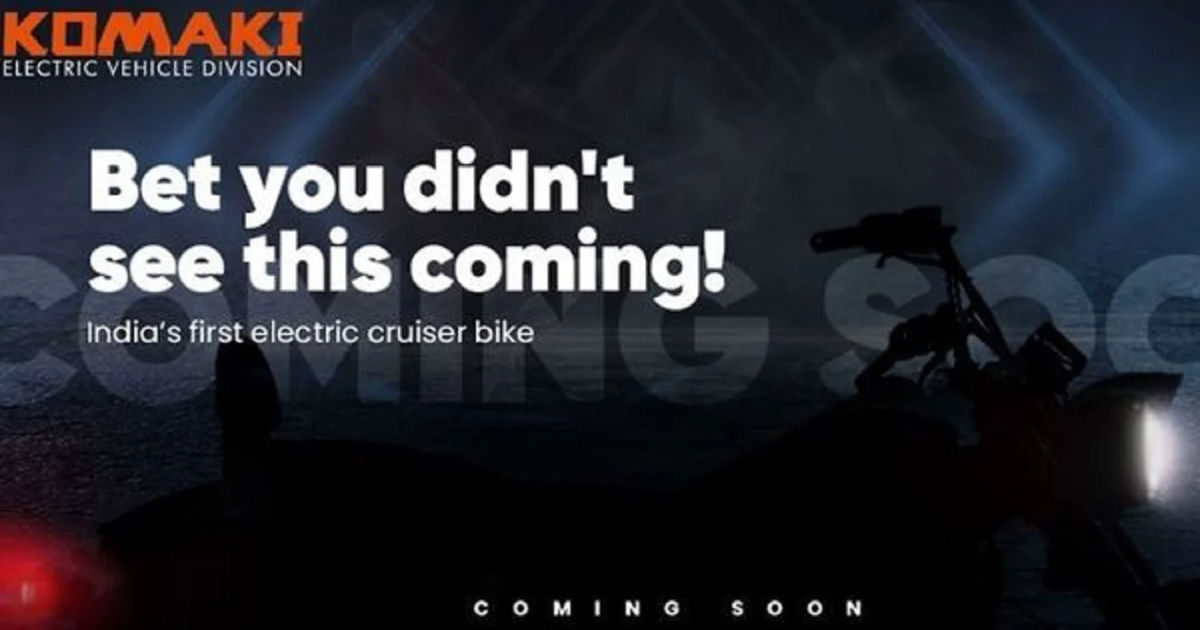 Komaki (Comaki) Electric Vehicles has announced it will launch India’s first electric cruiser bike in January 2022. The company promises the new bike will be affordable and is aimed at luring in more customers towards electric vehicles, which are slowly on the rise in the country. The teaser image of the Komaki cruiser shows the electric bike’s silhouette and it appears to have borrowed some design elements from Royal Enfield. However, no technical details of the upcoming Komaki electric cruiser bike, including its range and engine, are known at the moment. Nonetheless, an electric cruiser with an affordable price tag would definitely garner a lot of interest in the burgeoning market.

“This is something we have been working on for quite some time. Our last objective is to meet the needs of every customer segment. Now that we have firmly established a foothold in the utility segment, we want to meet the demands of the leisure segment. The launch of our new cruiser bike is a statement that electric vehicles are not only for everyday use but can also be a tremendous companion during the holidays.” said Gunjan Malhotra, director of The Comaki Electric Division.

Komaki currently has four electric vehicles in the Indian market and is betting big on its upcoming electric cruiser. It currently sells the Komaki XGT-X1 (Comaki XGT-X1), which is claimed to be the most affordable e-scooter currently in the country starting at Rs 45,000 (ex-showroom) for the base variant.

Noted companies like Ola, Tata, Ather, and others are placing big bets on the electric vehicle segment in India. To back the growing electric movement, state governments have announced subsidies for electric vehicles, which could further improve the demand and attract more consumers. The Indian government is also focusing on improving charging infrastructure, which should really help in boosting customer confidence in making the big move from petrol/diesel to electric. However, the unavailability of charging stations remains an issue that much of the country needs to solve, especially in the smaller cities.