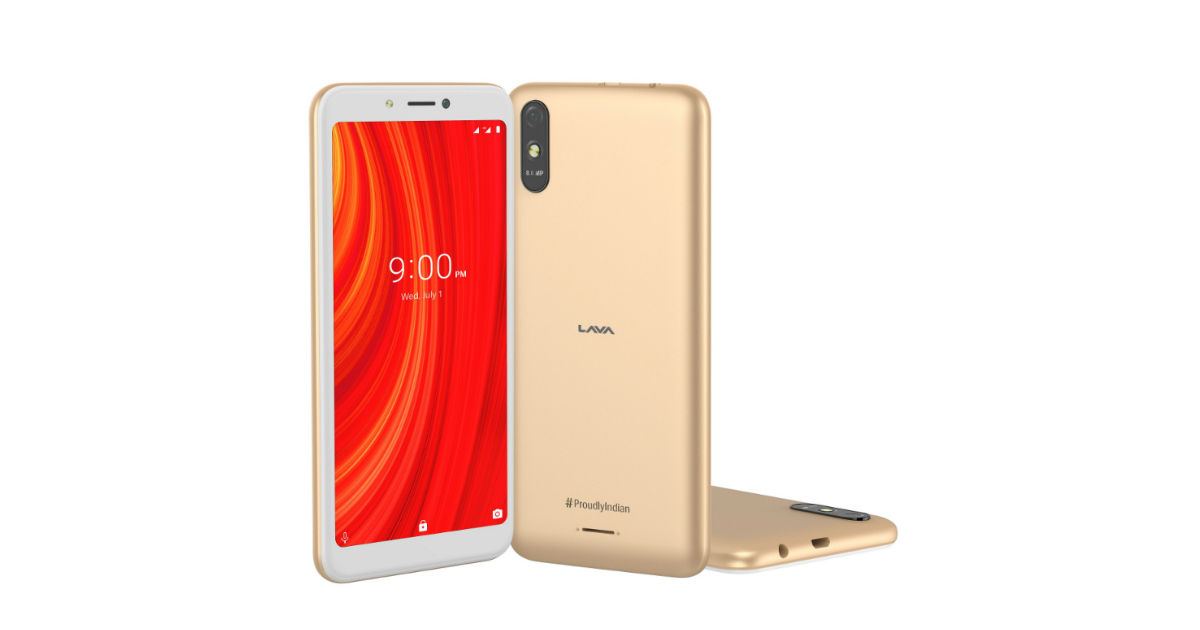 Lava A5 and A9 feature phones and Lava Z61 smartphone have launched in India as part of the company’s #ProudlyIndian portfolio ahead of the 74th Independence Day. The Lava A5 ProudlyIndian Edition was actually launched earlier this year, while the Lava A9 is a brand new offering. Both the phones feature tri-colour inspired back cover and something that the company calls AI battery that should intelligently utilise the battery. The Lava Z61 smartphone, on the other hand, features an octa-core processor and HD+ display.

Lava Z61 smartphone is priced at Rs 5,777, while the Lava A5 and A9 ProudlyIndian feature phones cost Rs 1,333 and Rs 1,574, respectively. The phones will soon be available across retail stores and e-commerce platforms like Flipkart.

Lava Z61 sports a 5.46-inch HD+ full View display and is powered by a 1.6GHz octa-core processor coupled with 2GB RAM and 16GB internal storage that is further expandable via microSD card. It runs on a dated stock Android 9 Pie. The handset features a single 8MP snapper on the back and a 5MP sensor on the front for selfies and video chats. The cameras are backed by features like Portrait mode, Panorama, Beauty mode, HDR, and Night mode. The handset houses a 3,100mAh battery and lacks face unlock support. Connectivity features include Bluetooth 4.2, Wi-Fi, GPS, dual-SIM and microUSB port.

Lava A5 and A9 ProudlyIndian Edition specifications 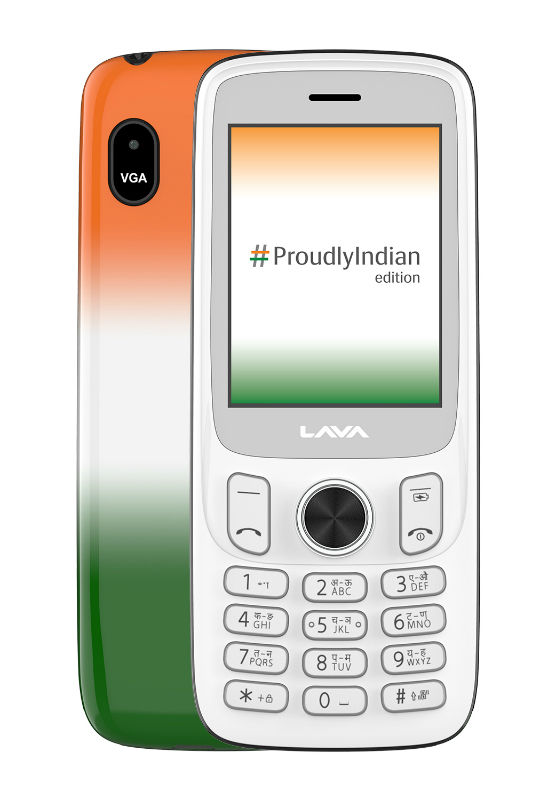 Lava A5 feature phone ships with a tri-colour inspired back cover and is embedded with special ‘Super Ultra Tone Technology’ that claims to ensure no one eavesdrops your conversation by offering sound leakage resistance with crystal clear sound experience during calls. It is said to come with the world’s first AI battery and is military-grade certified. The feature phone sports a 2.4-inch QVGA display, 32GB expandable storage, and a 100mAh battery that is said to last up to 3 days on a single charge. The handset also supports incoming texts in 22 languages, typing in seven languages and call recording along with call blink notification. Other features include an instant torch, wireless FM Radio with recording and more.

Lava A9 flaunts a 2.8-inch QVGA display with keypad that has a dedicated button to turn on the torch. It packs a 1,700mAh battery that is rated to last up to 6 days on a single charge. The feature phone houses dual SIM slots, built-in Bluetooth and 32GB expandable storage. There is a 1.3MP primary camera with flash, call recording facility, contact photo icons, super battery mode, call blink notification, wireless FM with recording, and smart search. It is military-grade certified and supports incoming texts in 22 languages and 7 language tying.

Lava Z61 unboxing and first impressions: brings Android Go and an 18:9 display in the entry-level