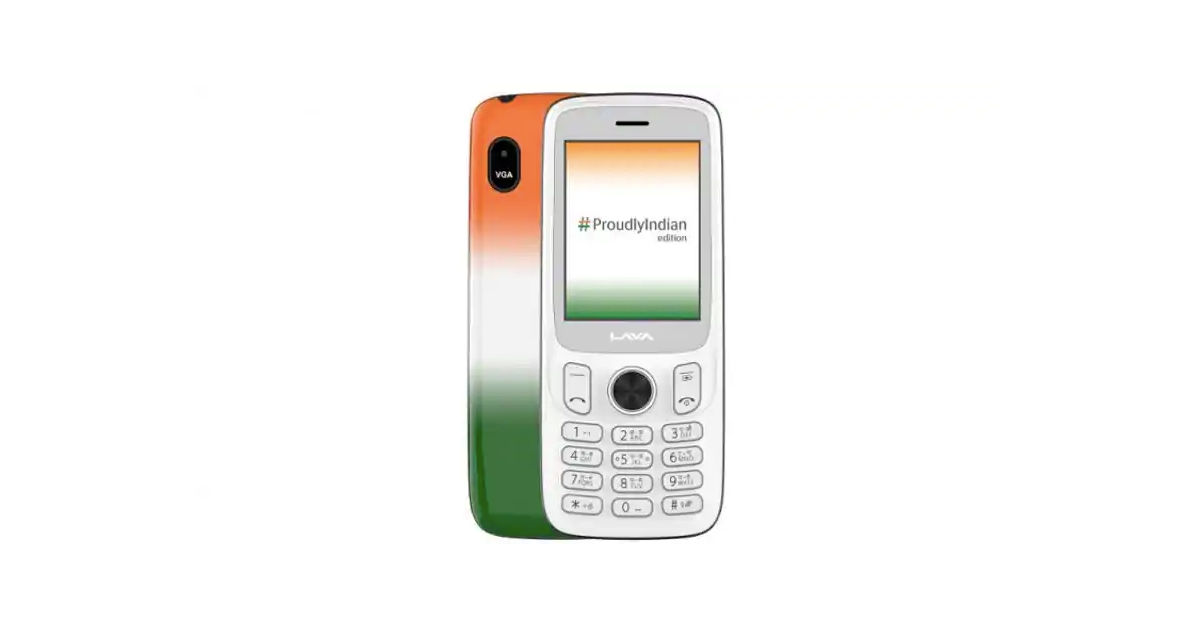 Lava A5 Proudly Indian edition has been launched in India. It’s a feature phone from domestic phonemaker introduced in time to celebrate the upcoming Republic Day in India. The new Lava A5 Proudly Indian edition is simply a version of the regular Lava A5 phone from last year. It brings the same specifications, including QVGA display, keypad, dual SIM slots, and 32GB built-in storage. The only difference is the Indian flag-inspired colour finish on the back of the phone.

Lava A5 Proudly Indian edition feature phone price in India is set at Rs 1,399. The phone is currently selling via offline stores across the country. The online availability will be starting from January 16th.

As for the specifications, the Lava A5 Proudly Indian edition features a polycarbonate body and a 2.4-inch display that bears a QVGA resolution. The phone comes with dual-SIM support, a built-in storage of 32GB, and support for 22 Indian languages, including English, Hindi, Tamil, Kannada, Telugu, Gujarati and Punjabi.

The phone has a 0.3-megapixel primary camera with zoom and video recording feature. The entire setup is driven by a 1,000mAh Li-ion battery with support for super battery mode. The company claims that the battery can last up to three days on a single charge. Additionally, the Lava A5 Proudly Indian edition features an instant torch, wireless FM with recording, USB connectivity, and Bluetooth.