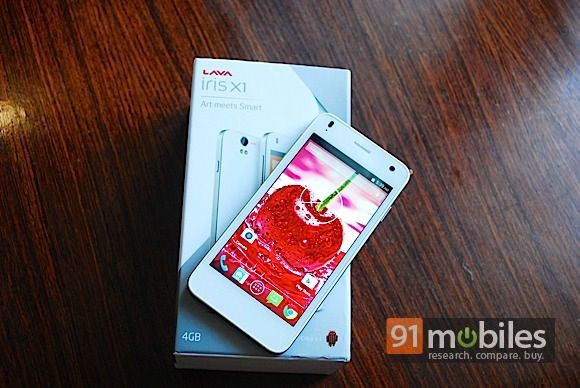 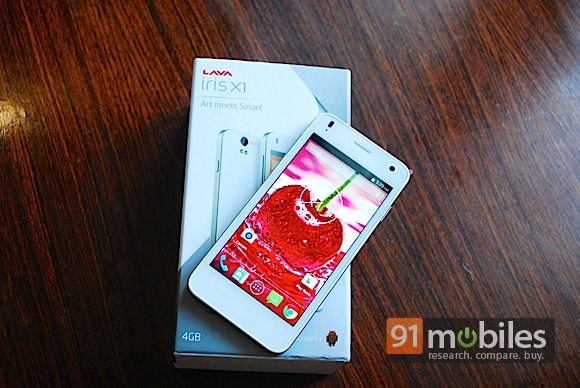 Earlier this week, Lava announced its Moto E competitor, the Iris X1. The first in its affordable X series of devices running Android 4.4 KitKat, the phone is priced Rs 1,000 higher than the Moto E, at Rs 7,999, but justifies this with better core specs. While the Moto E has been criticised for its fixed-focus 5-meg camera, the Iris X1 impresses with an 8MP primary autofocus shooter with dual-LED flash, along with a 2MP front camera for video calls and the all-important selfie. While the Iris X1 features a slightly larger 4.5-inch display, it offers a lower resolution of 854 x 480 pixels, which also results in a toned-down pixel density of 218ppi.

The Iris X1 supports USB OTG, a much-needed feature on smartphones with just 4GB of internal memory. It also wins the core wars, with a 1.2GHz quad-core Broadcom processor, compared to the 1.2GHz dual-core Snapdragon 200 SoC on the Moto E. Both phones feature a gigabyte of RAM. The number of cores isn’t an indication of real-life performance though, so we’ll reserve our judgment for the final review.

To begin with, we’re going to take you through a quick unboxing of the phone.

The Iris X1 is packaged in a rectangular box. Pulling out the slide-out tray reveals the device right on top. We have the white unit for review, but it’s also available in black. 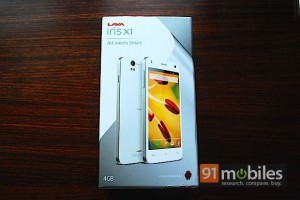 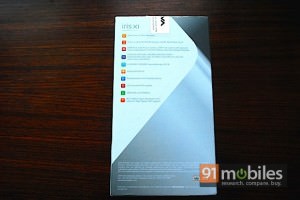 Beneath the top compartment is a large space with all the remaining contents haphazardly thrown in, and if we were to nitpick, Lava could learn a thing or two about packaging from international brands. 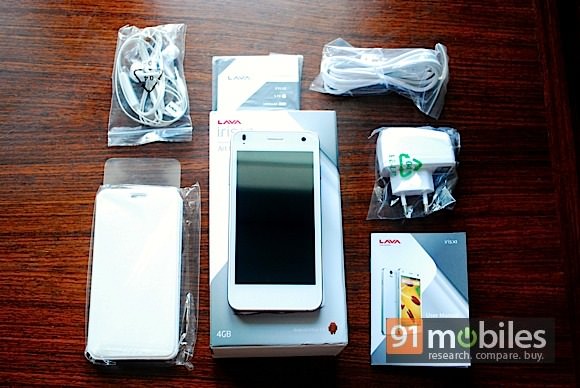 Inside, you’ll find a pair of in-ear headphones, a USB cable for data transfers and charging, a 2-pin wall charger, an 1,800mAh battery and the user manual. The freebies in the box include a screen guard and a flip cover with a hall sensor to turn off the display when closed. 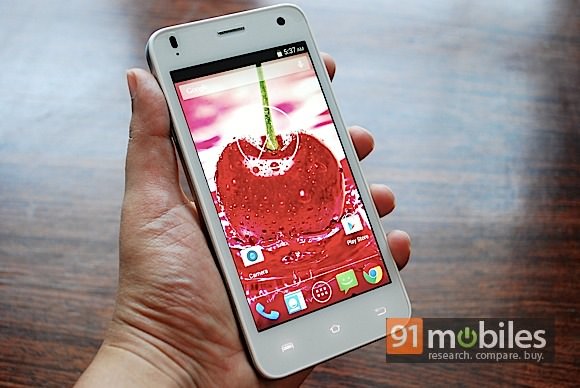 The device itself looks quite classy at the outset, with iPhone 4-inspired chrome spines and a boxy frame with wide bezels on top and bottom. Apart from the screen, the fascia also sports the usual earpiece, the 2MP front camera, an LED notification light and sensors on top, and a row of three backlit capacitive keys at the bottom. The micro-USB port and 3.5mm audio jack are located on top. The power button is located on the right spine, while the volume rocker is placed on the left. 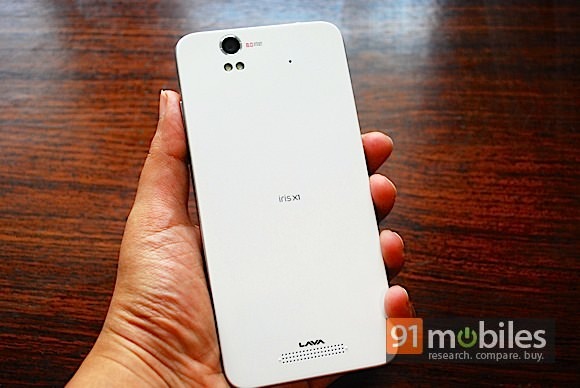 The back cover itself feels quite flimsy, and even though it sports a matte finish, it gets smudged quite easily. At the back, you’ll find the 8MP primary camera with dual LED flash, a microphone and a loudspeaker. 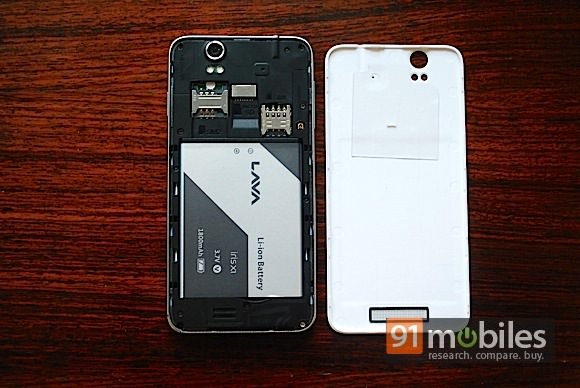 The back cover peels off quite easily, exposing the dual-SIM slots, a microSD card slot and a cavity for the removable battery. The Iris X1 supports 3G only on the first SIM. Do note that the first SIM slot accepts a micro-SIM, while the second uses a regular SIM.

While the phone’s display offers a rather disappointing FWVGA resolution, it’s bright and vibrant, and zippy to the touch. The Iris X1 runs a stock version of Android KitKat with zilch bloatware, with the only pre-installed app being WhatsApp, and let’s face it, you were going to download it anyway. Out of the 4GB of internal storage, a little over 2GB is available to use, divided between phone storage and internal storage.

We’ve already reviewed the Moto E, and we’ve also got Micromax’s contender, the Unite 2, in our labs. We’re keen to see how the Iris X1 matches up to the competition, so stay tuned for more.