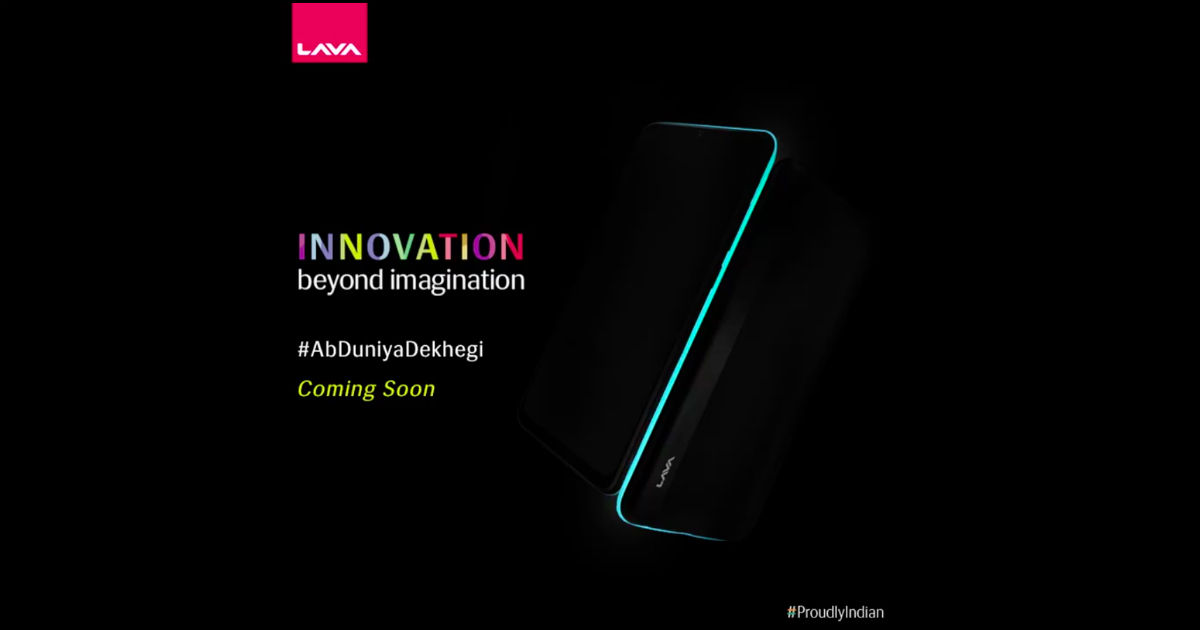 Lava Mobiles will launch its next set of smartphones at an event scheduled for January 7th, the company announced on Twitter. The event is slated to start at 12pm and will be live-streamed via Lava’s YouTube channel. And going by the #ProudlyIndian hashtag it is using, it is likely that Lava will launch Made in India phones to cash in on the anti-China sentiment that prevailed in the country a few months ago and continues to a lesser degree even now. The official tweet only mentions that the upcoming Lava phones will be game-changers but doesn’t reveal anything beyond that. However, in a report last week, 91mobiles had revealed some of the key details regarding the upcoming Lava phone launch.

Last week, 91mobiles had reported that Lava will launch a total of four smartphones at the January 7th launch event. These smartphones will be priced between Rs 5,000 and Rs 20,000 and will be spread across price points. While we do not know at the moment what hardware and other features the upcoming Lava phones will bring to the table, we can safely say that their main highlight will be the ‘Made in India’ factor. With this, Lava will be following the footsteps of Micromax in launching smartphones made in India to counter the likes of Xiaomi, Vivo, OPPO, etc, brands to which these Indian companies lost market share half a decade ago.

Also read: Full list of all ‘made’ in India smartphones

It should be noted, though, that even Micromax’s first smartphone was not fully made in India – due to supply-chain constraints, the company had to use batteries made in China in the In Note 1 smartphone that is heavily marketed as a made in India handset. The decision to use a Chinese component in the phone was taken by the company due to a delay in receiving the required certification for the battery made in India.

Coming back to Lava, the company has been largely out of the limelight in the mainstream Indian smartphone market despite attempting comebacks a few times in the last five years. Most recently, it launched the Be U smartphone aimed at women. In July, it launched the Made in India Lava Z61 Pro smartphone. It also unveiled the Z61 budget smartphone in August, though without the ‘Made in India’ or ‘Proudly Indian’ branding.