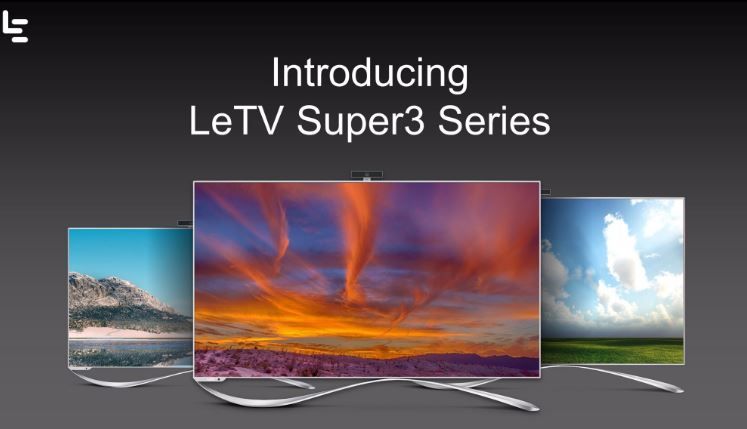 China’s LeEco (formerly LeTV) made its Indian debut with the launch of the Le 1s and Le Max smartphones this January. Now the brand has several smartphones in the country at different price points. Today, expanding its reach beyond smartphones, the company has released a range of Super TVs in the country. The vendor has launched three LeTV Super3 series LED TVs – the Super3 X65, Max 65, and the X55. The LeTV Super3 Max65 offers a 65-inch 4K 3D display, and is powered by a 1.4GHz quad-core processor. It comes with a Novatek FRP chip, MACE-PRO4 Image Engine, 3GB of RAM, 16GB of internal memory, dual-band Wi-Fi, 40W 2.1 stereo speakers, a metal body with narrow bezels. The TV is based on eUI 5.5 TV operating system.

LeEco’s televisions come with the brand’s Supertainment Ecosystem, which offers LeView Levidi, LIVE, Music, and LeEco Drive services. As per the brand, its Super TVs can be operated with your voice, though they also come with a remote.

As for the pricing, the LeTV Super3 Max65 has been priced at Rs 1,49,790, while the Super3 X65 and X55 are being offered for Rs 99,790 and 59,790 respectively. They are being bundled with two-year LeEco content membership worth Rs 9,800. They will be available on LeMall and Flipkart. Between August 10th and 12th, the company will be running a special offer on its Super TVs with Rs 5,000 discount for users of HDFC bank’s credit cards.