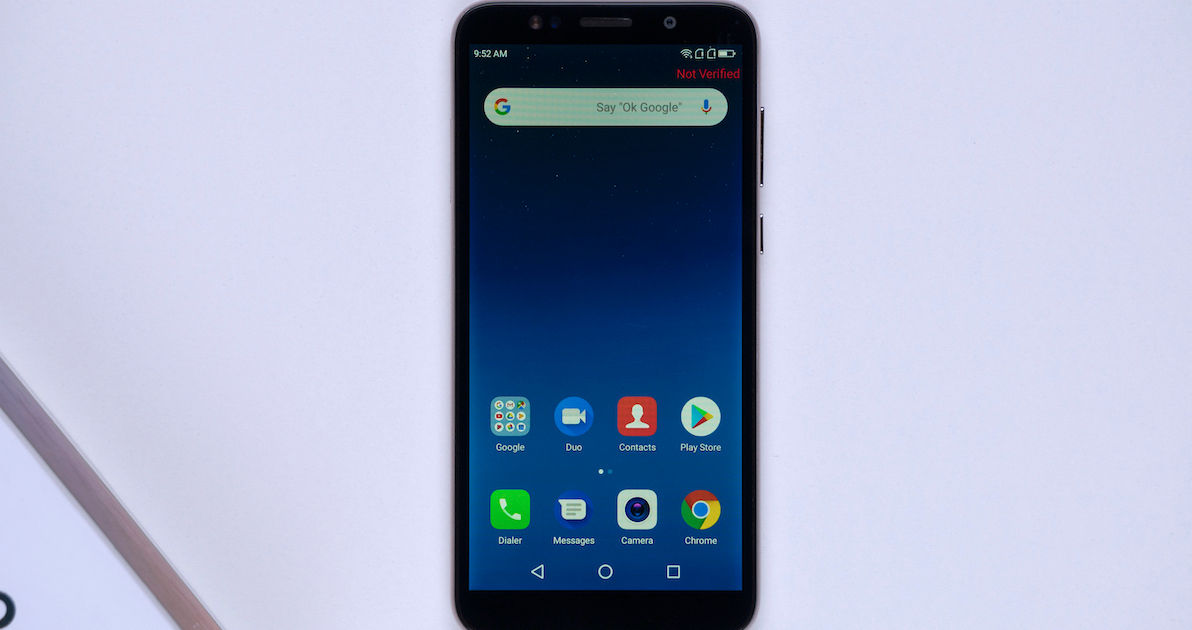 “The Lenovo A5s budget offering will come with an HD+ display, Android Pie, and an octa-core MediaTek processor”

Last October, Lenovo launched its A5 and K9 smartphones in India to take on the budget offerings from Xiaomi, Honor, OPPO, VIVO, etc. The Lenovo A5 arrived as an entry-level handset with an 18:9 display and a beefy battery. Now, the company seems to be planning to launch the successor to the smartphone, which will arrive as the Lenovo A5s. Ahead of the official announcement, 91mobiles has obtained the specs and a press render of the Lenovo A5s. Notably, the phone was recently certified by Bluetooth SIG as well as Indonesia’s TKDN body. 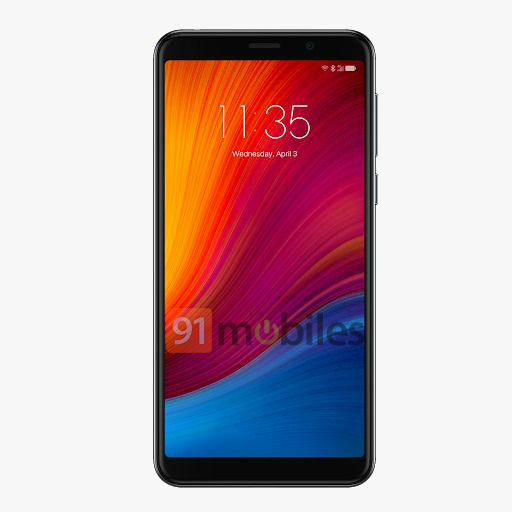 Talking about the design first, the leaked press render suggests that the Lenovo A5s will also feature the taller aspect ratio of 18:9. The phone will have slim bezels on the sides, and thick top and bottom bezel. Above the screen, the handset’s selfie camera and the earpiece are also located. The smartphone’s power key and volume rocker will be placed on the right side. Sadly, we don’t have a photo of the back of the handset. 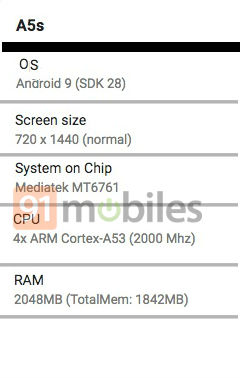 As far as the specs are concerned, we’ve been tipped that the Lenovo A5s will sport a resolution of 720 x 1,440 pixels and a screen density of 320 DPI. Notably, the budget offering will boot Android 9 Pie out of the box. Powering the handset will be an octa-core MediaTek Helio A22 processor, aided by 2GB of RAM and a PowerVR GE8300 GPU. The other specs of the phone are unknown at the moment.

The Lenovo A5s is expected to be priced slightly higher than the A5. The latter comes in 2GB and 3GB RAM variants, which were launched in the country for Rs 5,999 and Rs 6,999 respectively. We will update you regarding the Lenovo A5s’ pricing and availability details as soon as we have them, so stay tuned to 91mobiles for regular update.