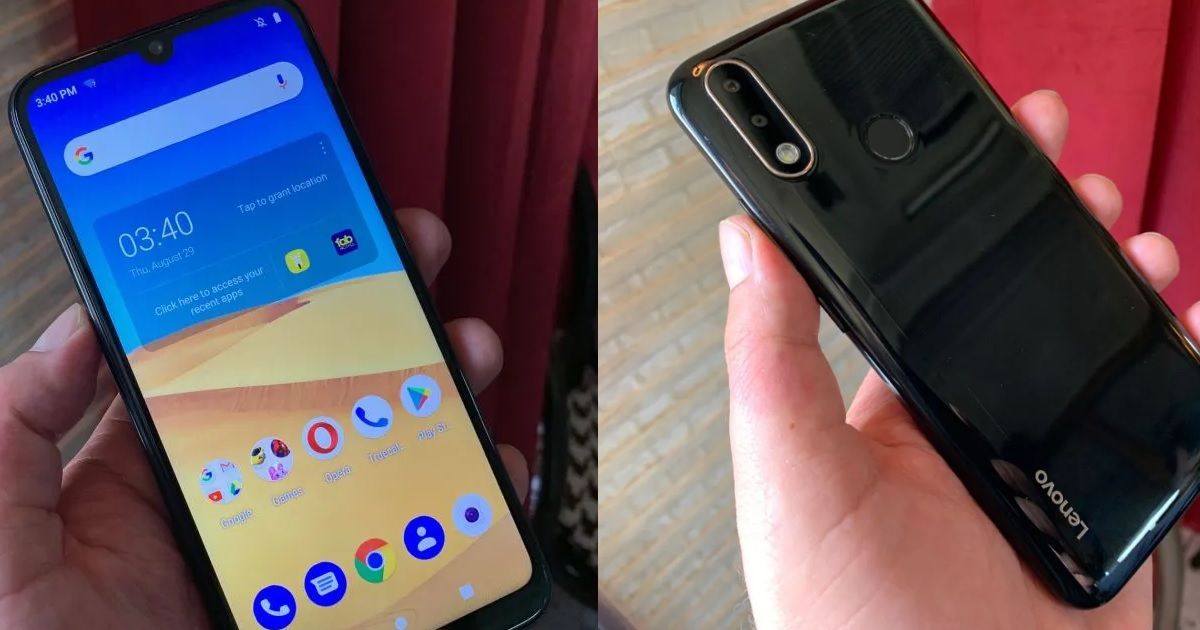 Chinese tech giant Lenovo has expanded its range of budget smartphones in India by launching a new A series device called the A6 Note. The pocket-friendly handset features a tall display with a waterdrop notch, dual primary cameras at the rear, and a beefy battery. The smartphone will be competing against the likes of the Redmi 7 and Redmi Y3. We used the smartphone for some time and here are our first impressions of the smartphone.

Starting with the design first, the Lenovo A6 Note features a waterdrop notch above the screen to offer a larger screen real estate. The phone has slim bezels on the two sides and top, and a thick chin. The smartphone has a polycarbonate unibody design, and its rear is curved to provide a more ergonomic feel in the hand. There’s a fingerprint sensor on the back, which unlocked the device quickly during our brief interaction with it. As for the other details regarding the design, the power key and volume rocker are placed on the right side, a SIM card tray on the left, the charging port at the bottom, and the 3.5mm headphone socket on the top edge.

Moving on to the specs, the Lenovo A6 Note sports a 6.09-inch HD+ display with 88 percent screen-to-body ratio. The compact screen can be easily operated with a single hand. Under the hood, there’s a 2.0GHz octa-core MediaTek Helio P22 processor, which should be able to provide a decent casual gaming experience. There’s 3GB of RAM and 32GB of native storage onboard, which can be increased by inserting a microSD card. As for the user interface, the phone boots Android 9 Pie-based ZUI out of the box and supports face unlock functionality.

At the rear, the Lenovo A6 Note sports a 13MP main camera with f/2.0 aperture, accompanied by a 2MP secondary snapper. For selfies, there’s a 5MP camera with multiple software-based tweaks to let you improve your self-portraits. Lastly, the Lenovo A6 Note is fuelled by a 4,000mAh battery, which promises to provide two days of regular usage on a single charge.

As for the pricing and availability, the Lenovo A6 Note has been priced at Rs 7,999. The phone will go on sale on Flipkart starting from September 11th in black and blue colour variants.