91mobiles.com
Home 4G The Lenovo A7000 brings 4G connectivity and Dolby ATMOS sound, yours for... 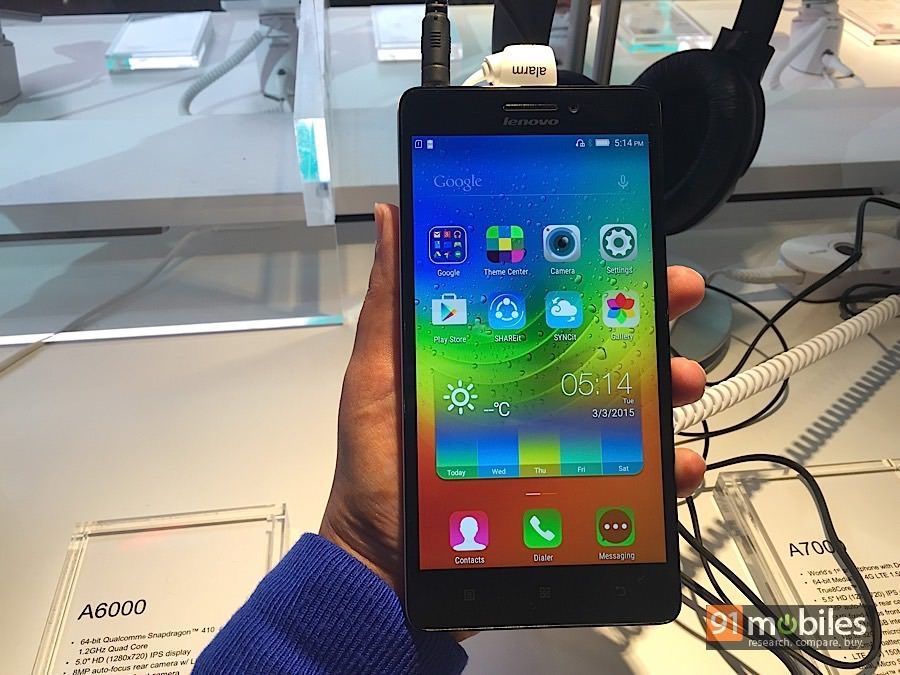 “Lenovo eyes the burgeoning affordable 4G phablet segment with the A7000”

Affordable. Dual-SIM. 5.5-inch screen. 4G support. Suddenly, there’s a spate of new smartphones that want to check all these boxes in their respective spec sheets, and we can fathom why. While affordability and dual-SIM support have always been popular parameters in India, it seems that the 5.5-inch screen size is becoming bread-and-butter for most phone manufacturers… moving into phablet territory, but just about keeping the devices from being too unwieldy. And despite the fact that 4G networks are operational in just a handful of Indian cities, most buyers are now interested in this to make sure their purchases remain future-proof, as a nation-wide LTE rollout is expected this year. In the recent few months, we’ve seen the likes of the YU Yureka (review), Xiaomi Redmi Note 4G (review) and the Honor 4X (review) ticking all these boxes. Lenovo’s already tasted success in India with its pocket-friendly 5-inch 4G-capable A6000 (camera review | first impressions), and is now bringing the larger A7000 into the playground to heat up the competition. The Lenovo A7000 (first impressions) will set you back by Rs 8,999, and just like its sibling, will be available via the flash sales mechanism through Flipkart starting April 15th. Pre-registrations for the sale will begin at 2pm today. 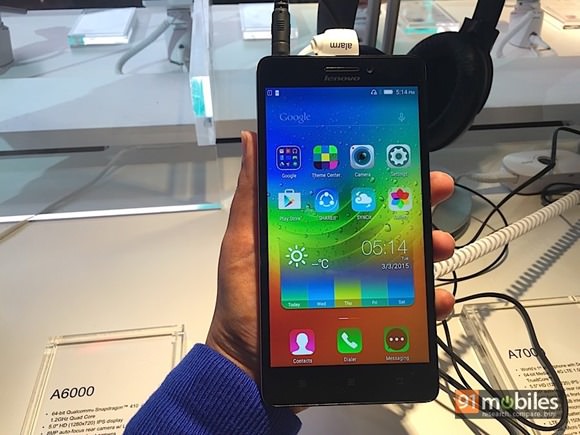 The A7000 was introduced to the world just a few weeks ago at MWC. Just to summarise the specs, it sports a 5.5-inch screen with a resolution of 1,280 x 720 pixels (~267 ppi), and is powered by the octa-core MediaTek MT6752M chipset clocked at 1.5GHz. This is mated to 2GB of RAM, while a Mali-T760MP2 GPU handles the graphics. You get 8GB of internal storage, expandable by another 32GB. The imaging department comprises an 8MP autofocus shooter at the back, and a 5MP sensor at the front. Apart from 4G and dual-SIM support, the device offers the usual set of connectivity options, covering Wi-Fi-, Bluetooth and A-GPS. Oh, there’s FM radio too. However, the standout feature of the Lenovo A7000 is Dolby ATMOS sound, and the brand claims that this device is the world’s first to boast this. These sound enhancements are available when you’re using the phablet with headphones, and promise to liven up your media experience. Listening to music, playing games and viewing videos should be much better with the improved audio quality, on paper at least. As far as software is concerned, you get Android Lollipop with Lenovo’s colourful Vibe UI running on top, and the brand has preloaded its DOit suite of apps as well. A 2,900mAh battery fuels the show. 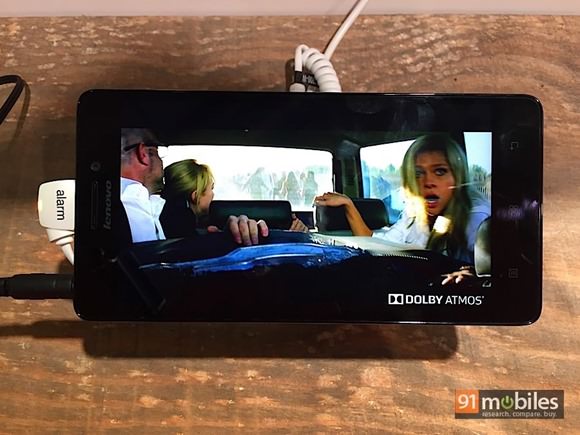 As we’ve mentioned before, the A7000 lands straight into a boiling cauldron where existing devices like the YU Yureka and the Honor 4X are already trying to change the game. It won’t be easy for the new device, and it remains to be seen if the Dolby ATMOS technology can lure potential buyers. If it’s as good as the brand’s claims, it would make for an important differentiating factor – since music and video playback are vital parameters for phablets. However, a smartphone needs to be an all-rounder, and other aspects like overall performance, camera quality and battery life are also vital. We’ll be covering those in detail shortly, but as of now, it’d be safe to say that with the A6000 and A7000, Lenovo’s aggression in the voluminous VFM category is becoming quite apparent. Interesting times ahead.