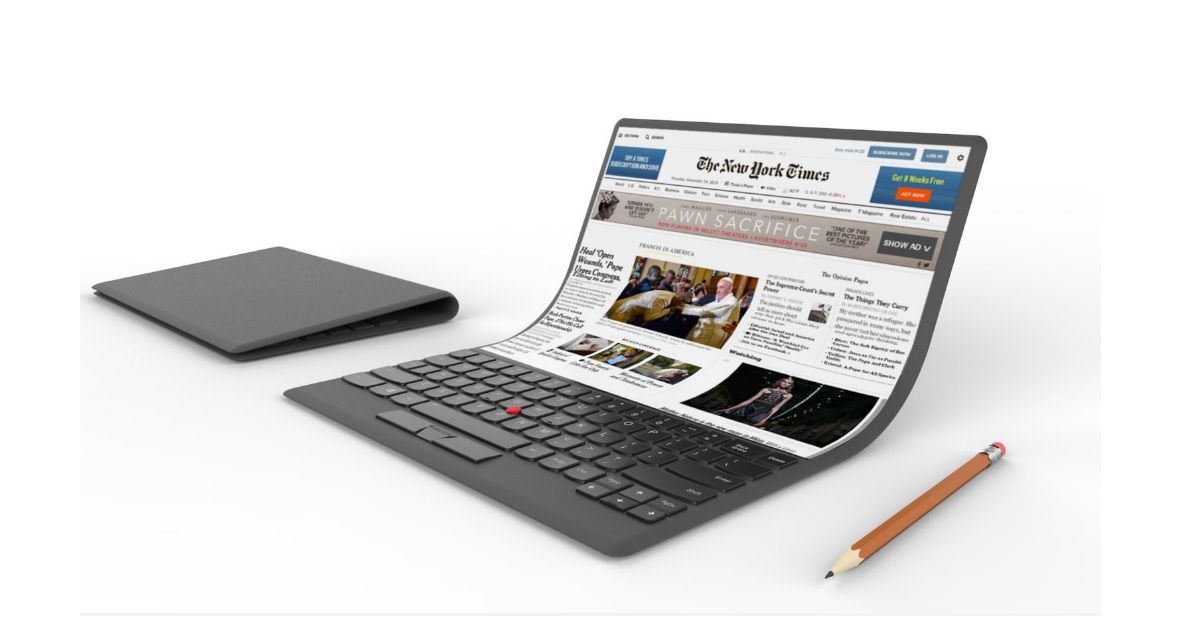 Lenovo isn’t new to convertibles, and has several devices under its Yoga lineup, which can be used in the tent, stand, laptop and tablet modes, thanks to 360-degree rotatable hinges. Now taking the two-in-one form factor to a whole new level, Lenovo has showcased a futuristic foldable laptop that doesn’t feature any hinges.

At an event in New York, Lenovo revealed a new concept for personalised notebooks. The concept’s display is able to bend in half and fold shut. Its screen stretches across most of the laptop and is curved towards the keyboard. The concept doesn’t feature a trackpad, and can be controlled using your voice.

Lenovo hasn’t revealed any features of its futuristic foldable laptop. However, it did reveal that the notebook will offer new screen technologies and will be made out of advanced materials. As of now, this is only a concept device, and doesn’t have a tentative launch date.