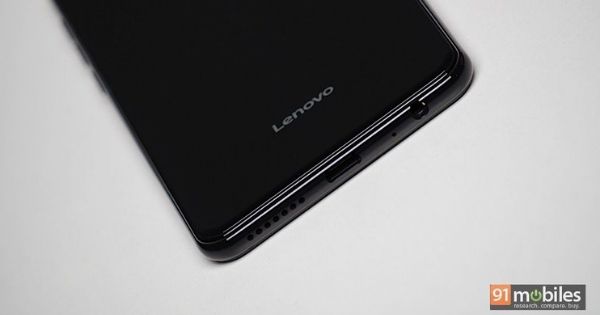 Lenovo is planning to launch a new smartphone in India very soon. The company has started sending out media invites for an event that will be held on September 5th. The invite doesn’t really include any details, but it does have the hashtag ‘KillerNote’. This could mean that Lenovo would be launching a new Note series smartphone in India. If previous rumours are to go by, then we could see the launch of the Lenovo K10 Note, which would be the successor to the K9 Note that was announced earlier this year.

Now, we don’t really know a lot about the K10 Note, but it will definitely include improved hardware compared to the K9 Note. In fact, the Lenovo K10 Note could just be a rebranded version of the Lenovo Z6 Youth that was launched in China. Recently, a Lenovo smartphone with the model number L38111 was spotted on several certification websites. The device was named ’10 Note’ on the sites. However, the Z6 Youth also carries the same model number. Therefore, it is possible that the Lenovo K10 Note is just a rebranded Z6 Youth for international markets.

Since Lenovo hasn’t really provided any information on the invites apart from the ‘Note’ moniker, we can assume that the company is launching the Lenovo K10 Note in India. And because the K10 Note is just a rebranded Lenovo Z6 Youth, it will most likely come with similar specifications. The Z6 Youth has a 6.3-inch full-HD+ display that supports HDR10 content. The phone is powered by the Snapdragon 710 octa-core chipset, which is paired with up to 6GB RAM and 128GB storage.

The smartphone features a triple-rear camera setup with a 16-megapixel primary sensor, an 8-megapixel ultra-wide sensor, and a 5-megapixel depth/telephoto sensor. For selfies, a 16-megapixel sensor is available up front. The device gets a larger 4,050mAh battery with support for 15W fast charging. It runs Android 9.0 Pie software with Lenovo’s ZUI 11 UI on top. These could be the specifications for the Lenovo K10 Note when it launches in India on September 5th. Lenovo could also announce other variants of the smartphone with different configurations. We can expect the handset to be priced in the budget segment.