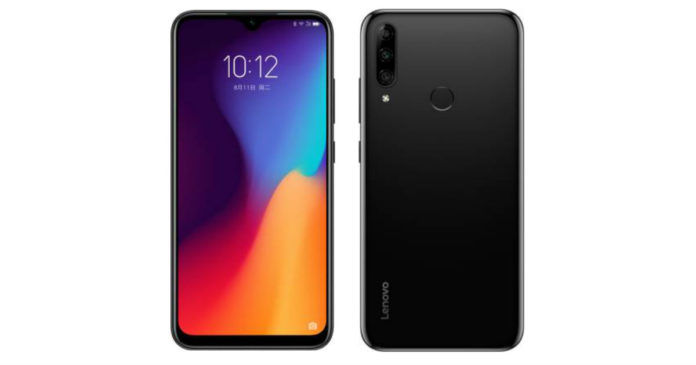 Lenovo K10 Plus smartphone has made its debut in India. As promised, Lenovo introduced the handset at its event in the country today. The Lenovo K10 Plus is a younger sibling of the K10 Note smartphone, which was introduced earlier this month. The Lenovo K10 Plus features 6.3-inch HD+ display, triple rear cameras, a beefy battery with 10W fast charging support, and an octa-core chipset ticking at its core. The handset also boasts gradient finish, rear-mounted fingerprint scanner, Android 9 Pie, and dewdrop-style notch display. The vendor claims that the K10 Plus is a youth-centric smartphone.

The Lenovo K10 Plus comes in two colour variants: Black and Sprite colour. The handset has been launched as Flipkart’s Big Billion Day special product and goes for sale from September 30th onwards. The K10 Plus price in India is set at Rs 10,999, which is Rs 3,000 less than the starting price of Lenovo K10 Note.

As far as the specifications go, the Lenovo K10 Plus sports a 6.22-inch display with HD+ (720 x 1,520p) resolution and 84 percent screen-to-body ratio. The phone is powered by 1.8GHz Qualcomm Snapdragon 632 mobile platform, which is aided by 4GB RAM and 64GB user-expandable (up to 2TB) storage. The handset boots Android 9 Pie out of the box and houses a 4,050mAh battery.

For photography, the Lenovo K10 Plus features a triple camera setup of 13-megapixel (f/2.0) + 5-megapixel + 8-megapixel sensors at the back with LED flash. The cameras are backed by AI, supports depth-sensing, ultra-wide-angle shots, PDAF, Super nightscape, and slow-mo video recording. The front camera gets a 16-megapixel shooter for selfies and video calling. The phone also features a box speaker, a couple of microphones, fingerprint scanner, and connectivity options such as 4G LTE, dual-SIM slots, USB-C, Bluetooth 5.0, and Wi-Fi. The Lenovo K10 Plus measures 158.26 x 75.77 x 8.3mm and weighs 172grams.