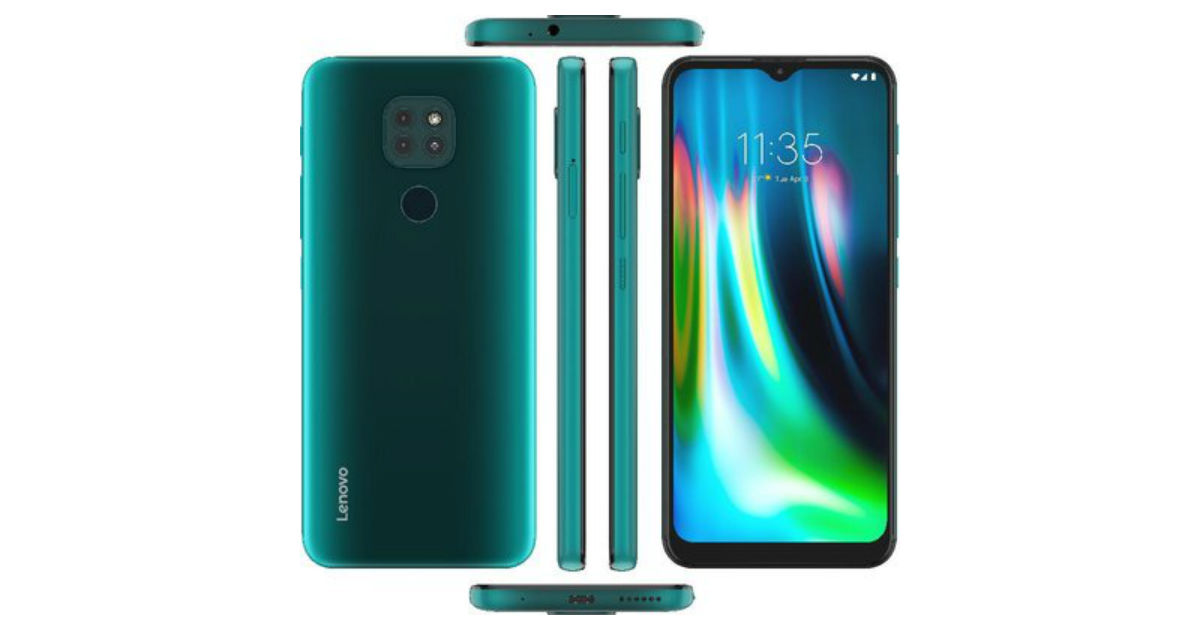 Lenovo K12 Note launch could be imminent as alleged renders have leaked out revealing the design. The phone will succeed last year’s K10 Note and the renders leaked this week come courtesy of Twitter user Sudhanshu Ambhore. The images suggest the Lenovo K12 Note will be a rebadged Moto G9 Play, which was launched in India as the Moto G9. The Moto ‘M’ logo has been removed on the rear-mounted fingerprint sensor and it has Lenovo branding at the bottom instead. The Lenovo phone will be available in Green and Blue colours. The phone is said to ship with 15W fast-charging instead of 20W support. As of now, it’s unclear whether the Lenovo K12 Note specifications are also similar to the Moto G9. 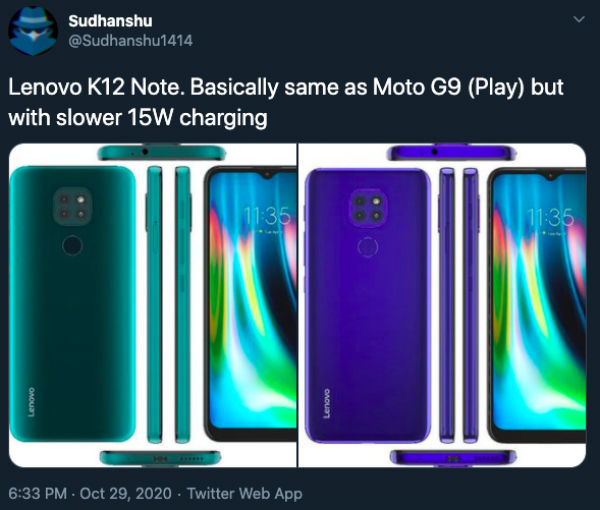 If the Lenovo K12 Note is indeed a rebranded Moto G9 Play, it should arrive with a 6.5-inch HD+ Max Vision display, a waterdrop notch for the selfie camera, and an 87 per cent screen-to-body ratio. The handset could be powered by the Snapdragon 662 SoC paired with 4GB LPDDR4 RAM and 64GB storage that is further expandable via a microSD card. The phone may also run on Android 10 OS with clean stock skin on top. It should measure 165.21 x 75.73 x 9.18mm and is water repellent.

To recall, the Moto G9 rocks triple cameras at the back with a 48MP primary sensor, a 2MP macro lens, and a 2MP depth sensor for portrait shots. There is an 8MP snapper on the front for video chats and selfies and a rear-mounted physical fingerprint sensor for security. The phone packs a 5,000mAh battery with 20W TurboPower charging support fuels the phone. Connectivity features include 4G VoLTE, NFC, dual-band Wi-Fi, Bluetooth 5.0, GPS, and USB Type-C for charging and data sync.