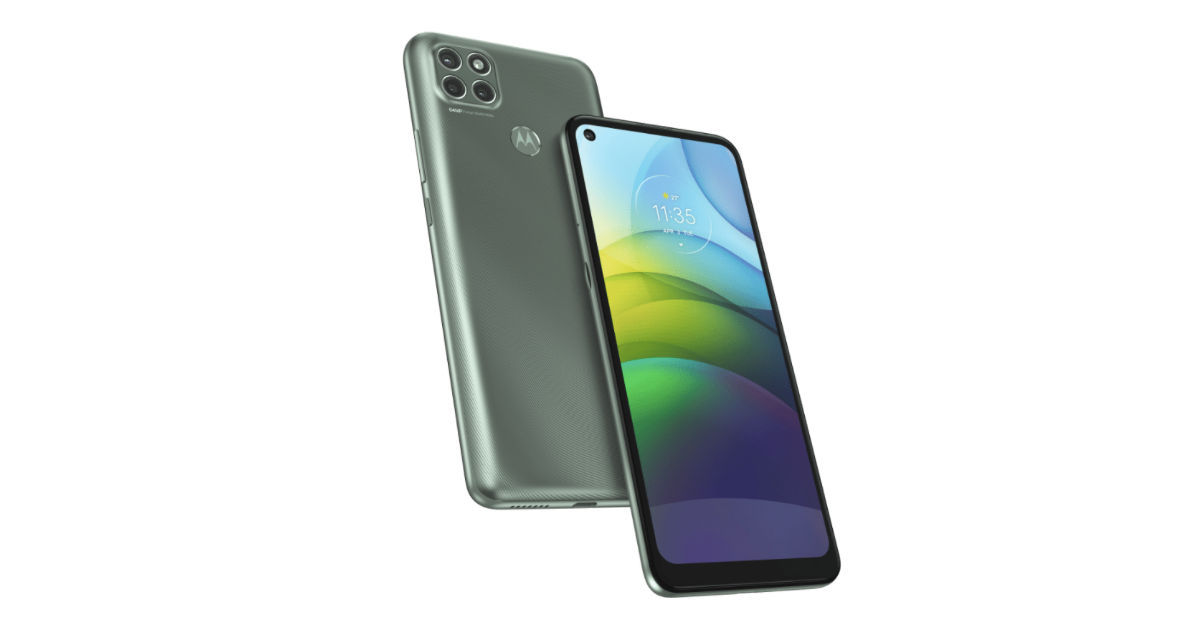 Lenovo K12 Pro specifications have been spotted on Geekbench, suggesting its imminent launch. The handset with model number Lenovo XT2091-7 has appeared on the Geekbench site after being spotted on TENAA and FCC a couple of weeks ago. The Geekbench database reveals key Lenovo K12 Pro specifications, including RAM, software, and chipset. The smartphone will come with 4GB RAM and run Android 10 OS out of the box. The Lenovo K12 Pro will be powered by a Qualcomm chipset code-named ‘Cebo’, which could be the Snapdragon 662 SoC as the smartphone is believed to be a rebranded Moto G9 Power. As for the scores, the handset gets 1,520 points in the single-core test and 5,674 points in the multi-core test. 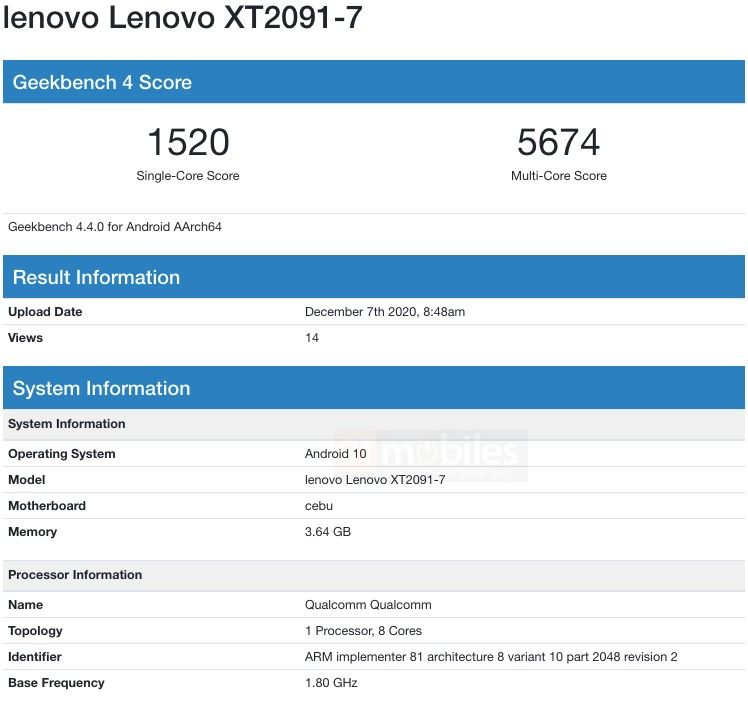 Going by previous leaks and rumours, the Lenovo K12 Pro design will include a triple-camera system and LED flash housed in a square-shaped module and fingerprint scanner at the back. The phone is expected to come in Jasper colour option and highlight a corner punch-hole cutout on the display, much like the Moto G9 Power. Lenovo K12 Pro specs may also include a 6.78-inch display and 6,000mAh battery. The smartphone may come with NFC and Wi-Fi 5GHz support.

Lenovo K12 Pro Geekbench listing suggests the phone may launch soon, though we are yet to hear about an official launch date. If the device is similar to the Moto G9 Power, it may feature triple rear cameras comprising a 64MP primary sensor with an f/1.79 aperture, a 2MP macro lens, and a 2MP depth sensor. It’s likely to sport a 16MP front-facing camera with an f/2.25 aperture. The phone could also come with a 20W fast charging solution.