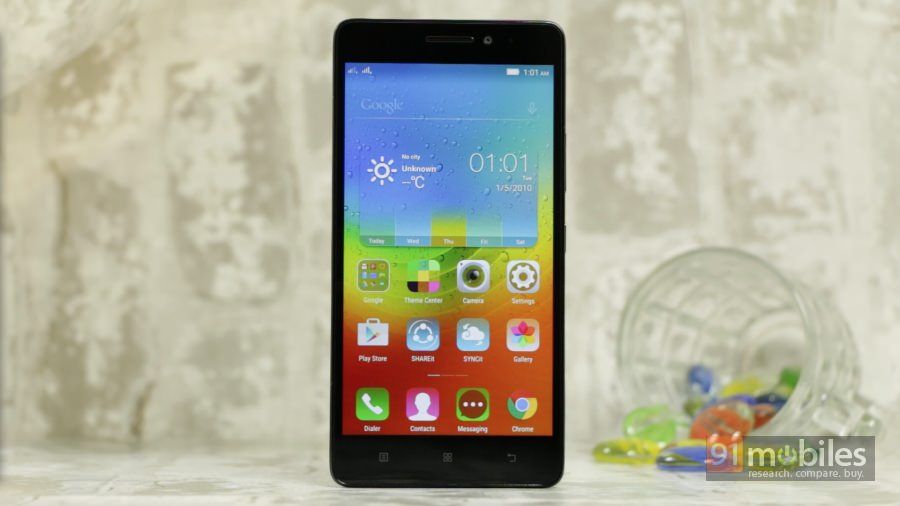 “All you ever wanted to know about Lenovo’s latest blockbuster”

The Lenovo K3 Note (unboxing | first impressions) is turning out to be quite a popular device, and clearly, the reason for its popularity is the fact that it comes with some compelling specs for its asking price. Key amongst them is its 5.5-inch full HD display, and the K3 Note is actually the most affordable smartphone to boast this. Or at least, it was till yesterday, when YU announced an updated version of the Yureka (review), dubbed the Yureka Plus… another smartphone that rocks the same screen specifications and has been priced the same as the K3 Note. This would surely make a dent in the K3 Note’s popularity, but that doesn’t take away anything from the fact that it still seems like a very capable smartphone, at least on paper. If you’ve been lusting after Lenovo’s so-called killer device, here’s everything you should know about it in a handy QnA format. 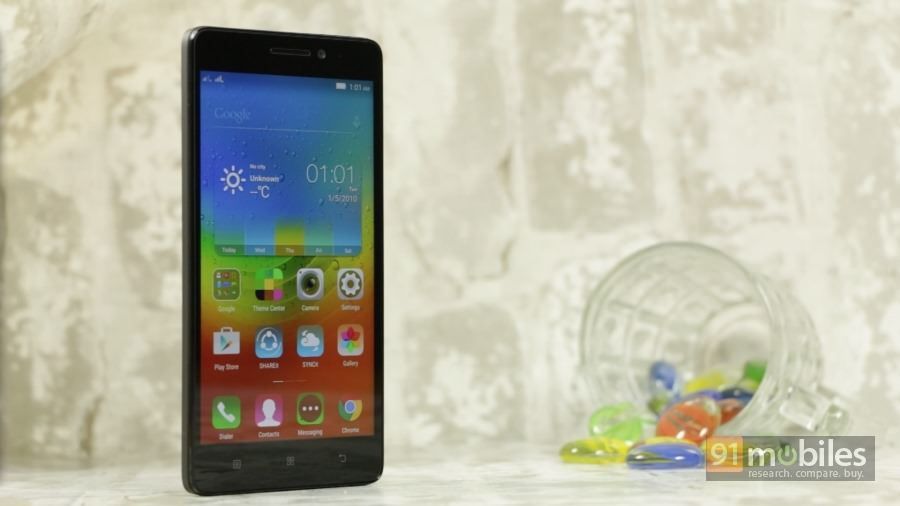 How about starting with the specs?

Sure. The 5.5-inch full HD display hides a 64-bit octa-core MediaTek MT6752 processor clocked at 1.7GHz, aided by a Mali T760 MP2 GPU. Then there’s 2GB of RAM to ensure smooth multitasking, while the internal storage is 16GB. For photography shenanigans, you get a 13-meg primary shooter paired with a dual-LED flash, and a 5MP snapper at front. A 3,000mAh removable battery is tasked with keeping the device away from power sockets for as long as possible.

Does the K3 Note’s screen feature a Gorilla Glass layer?

Unfortunately, the smartphone’s screen doesn’t come with a layer of Gorilla Glass. If you’re buying (or have already bought) one, we’d recommend you make use of the free screen protector Lenovo includes in the box.

What SIM card(s) does the Lenovo K3 Note accept? 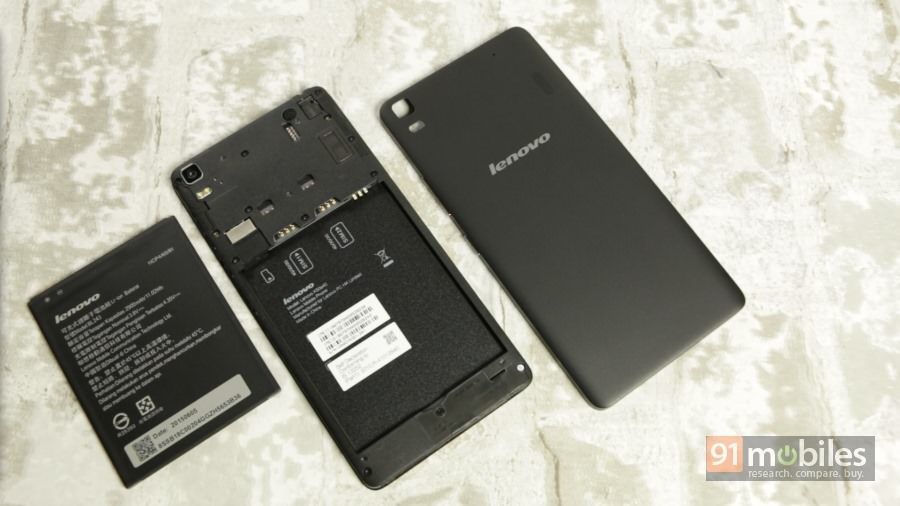 The K3 Note is a dual-SIM smartphone and accepts a pair of micro-SIM cards.

Absolutely. In fact, it includes support for both Indian LTE bands and on both its SIM slots.

What about USB OTG?

Does the K3 Note support NFC? What about the other connectivity options?

You won’t find NFC support, alas… and the rest of the connectivity options are fairly standard too, covering Wi-Fi, Bluetooth, A-GPS and micro-USB.

How much storage does the K3 Note offer? Can I add more? 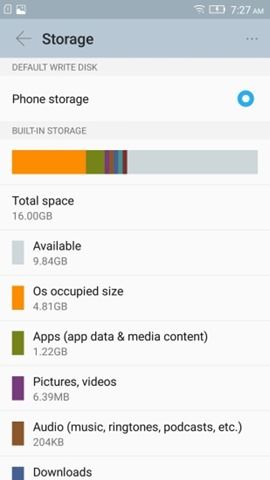 Out of 16GB, you get just under 10GB to use for your own apps and data. The device can accept microSD cards of up to 32GB in size.

Any details on the SAR value of the device?

SAR (Specific Absorption Rate) is a measure of RF energy absorption by the human body, expressed in watts per kg. The SAR  value for the Lenovo K3 Note is specified at 1.59W/Kg at the head, and 0.688W/KG at the body. It’s worth mentioning that the maximum permissible limit at the head is 1.6W/KG.

How are the Lenovo K3 Note’s cameras? 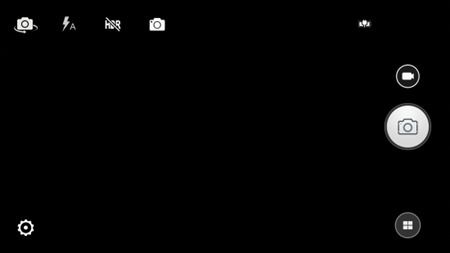 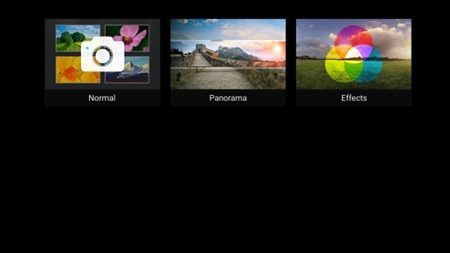 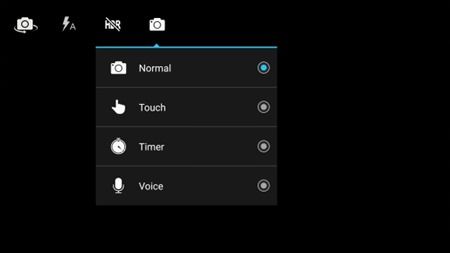 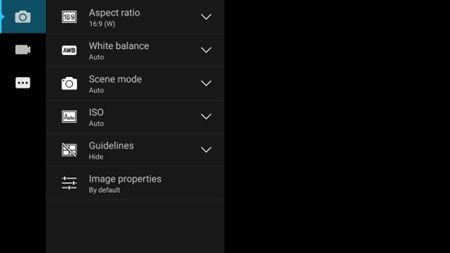 We have a detailed review of the K3 Note’s camera prowess in the pipeline as you read this, but its 13-megapixel rear camera does look quite promising. The 5MP front snapper should also be able to serve up decent selfies. The camera app is quite minimalistic, and doesn’t offer a barrage of shooting modes. You do get HDR and panorama, plus a bunch of colour filters and scene modes though. You also have the option to tweak parameters like white balance and ISO.

What about the software side of things? 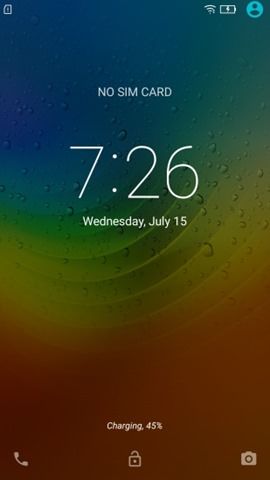 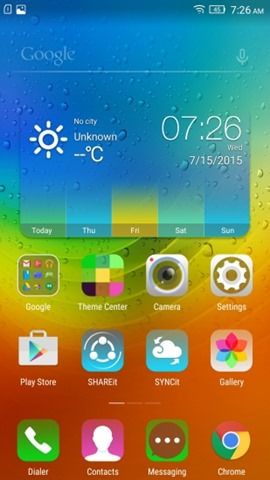 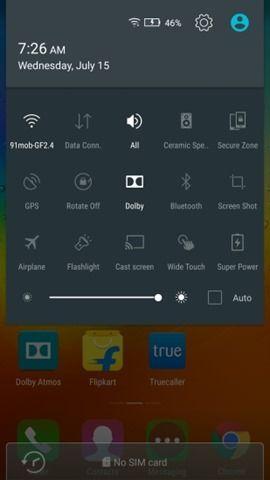 The device runs Android Lollipop, with Lenovo’s Vibe UI running on top. The UI offers a ton of features, and the device comes with a bunch of preloaded apps like SHAREit, SYNCit, Guvera Music, UC Browser, Flipkart, Truecaller, Evernote, WeChat etc. The phablets boasts Dolby ATMOS audio enhancements, and accordingly, an app to control the same is also pre-installed. There’s a Theme Center for customising the look as well. 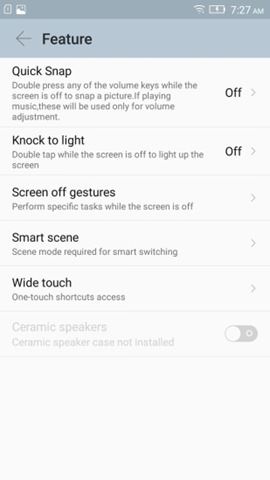 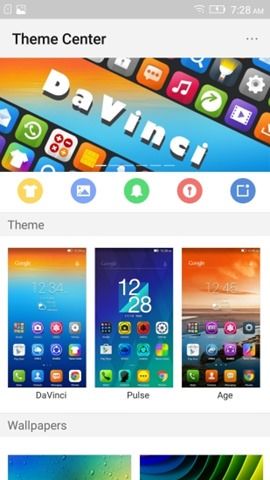 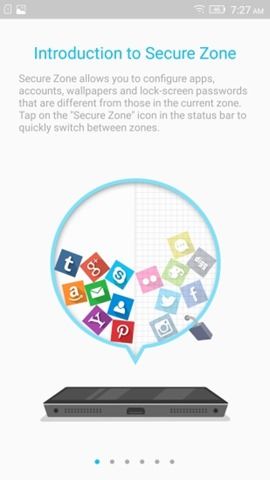 Under settings, you’ll find a head labelled simply as ‘Feature’, and under it, you’ll find settings to enable ‘Quick Snap’ (double-press the volume key to snap a picture), double-tap-to-wake, and Screen off gestures (slide to unlock and draw gestures on the standby screen to launch apps). A ‘Smart scene’ feature allows you to automate phone behaviour based on specified triggers, such as when the device connects to a specific Wi-Fi network or based on time. Using this, you can set the device to switch sound profiles and change settings on its own when it connects to your home Wi-Fi, for example, or switch to silent mode between specified timings. Yet another interesting feature you’ll find under settings is ‘Secure Zone management’, which lets you set up a separate, password-protected zone with its own set of configured accounts and apps. This can come in handy in case you want to make a few apps private and want to keep some specific data safe from prying eyes, or if you want to separate work stuff from personal stuff.

How much does the phablet cost, and how can I get one? 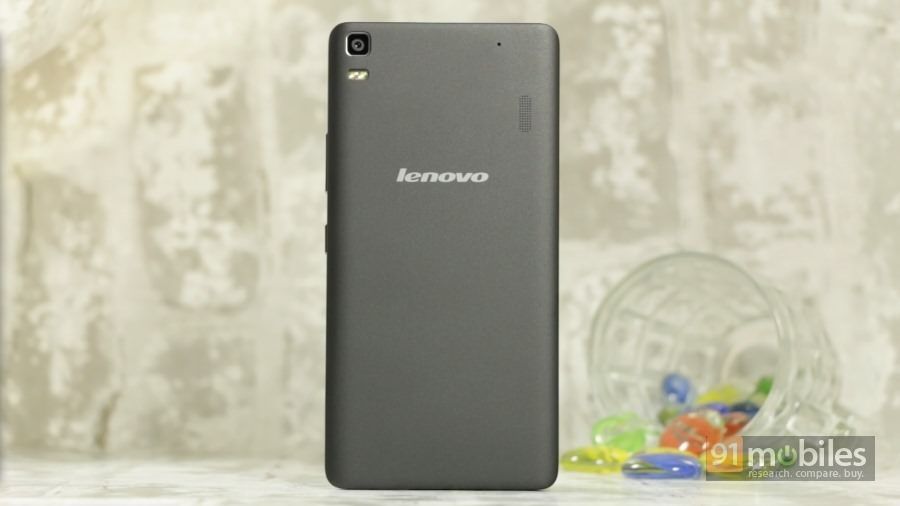 The K3 Note has been priced at Rs 9,999, and is available via flash sales on Flipkart.