“We answer all your queries about Lenovo’s latest killer smartphone, the K5 Note”

The acquisition of Motorola by Lenovo has paved the way for the company to supply high-end smartphones under the Moto Z / X tag. While Lenovo might not be known for its own flagships, the company has a formidable presence in the affordable phones segment. Lenovo’s K series smartphones have been known for their VFM factor, which is why the hype surrounding the launch of the K5 Note (first impressions) was immense. Lenovo claims to have sold 100 crores of the K5 Note in its first weekend of sales, and if you’re thinking of buying the device, we have compiled a list of questions that you might have before you take the plunge. 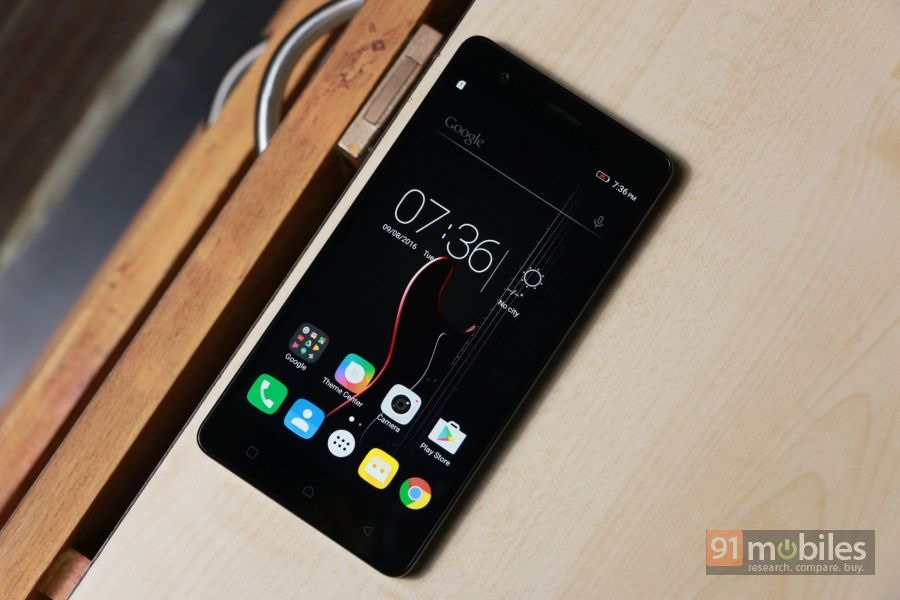 What are the core specifications of the Lenovo K5 Note?

As far as specs are concerned, the K5 Note packs an octa-core MediaTek MT6755 processor which has been clocked at 1.8GHz. The phone comes in two different RAM variants, one with 4GB of RAM and the other with 3GB of RAM. Bear in mind that we had the 3GB RAM variant to play with. The display is a 5.5-inch full HD LTPS affair which puts the pixel density at 401ppi. Measuring 152 x 75.7 x 8.4 mm, the device weighs 152g. The camera department features a pair of 8MP and 13MP sensors in the front and back respectively, with an LED flash assisting the rear facing camera for those low light shots. A 3,500mAh battery has been provided to get you through your day. The phone runs VIBE UI on top of Android Marshmallow.

Can you shed some light on the design of the phone?

With the K5 Note featuring a unibody metal design, the phone throws an appearance of being premium but the build quality feels sub-par. As far as the I/O of the device is concerned, you’ll find a set of backlit capacitive keys at the bottom with an earpiece, notification LED and the front facing 8MP camera above the display. The volume rocker as well as the power button can be found on the right while the SIM tray is present on the left of the device. 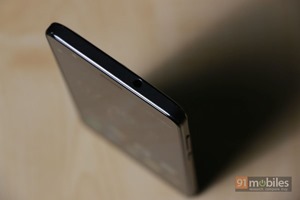 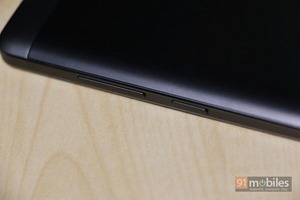 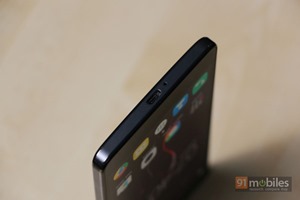 The top is home to a headphone jack and a standard micro-USB port can be found at the bottom for charging the device. Flipping the phone over, you’ll find the 13MP primary camera along with the LED flash and a circular fingerprint sensor just below the camera module. The speaker grille is located beneath the VIBE branding at the bottom. 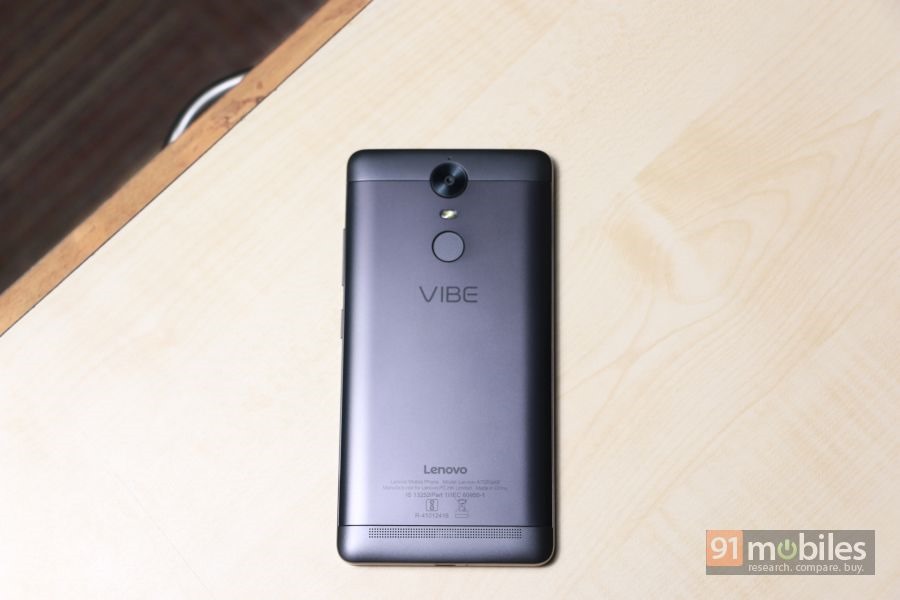 No, the smartphone doesn’t feature Gorilla Glass protection. We still don’t have clarity on whether it uses some other form of protective layer.

Does the Vibe K5 Note support dual-SIM? What type of SIM cards are supported?

The Vibe K5 Note is a hybrid dual-SIM device which means that one SIM slot doubles up as a microSD card slot. Both the SIM card slots support only nano SIMs.

What connectivity options does the K5 Note feature? Is the device 4G ready?

The Lenovo K5 Note comes with 4G capabilities on both SIM cards, with support for Wi-Fi, Bluetooth and A-GPS also present.

How much storage does the Lenovo K5 Note come bundled with? Is there any way to expand the storage of the device?

Both variants of the K5 Note come bundled with 32GB of internal storage, with room for expansion up to 128GB via the hybrid microSD slot. 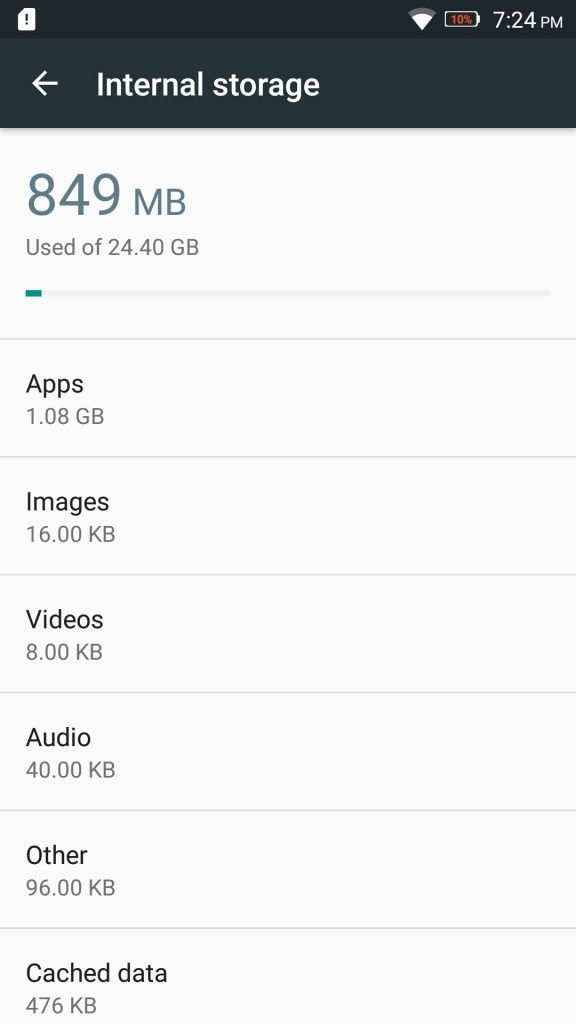 Can I connect my flash drives via USB OTG on the Vibe K5 Note?

Yes, you’ll be glad to know that Lenovo has added USB OTG support on the device.

If you were hard-pressed for this feature, you’ll have to look elsewhere as the K5 Note doesn’t come with NFC.

How are the cameras on the K5 Note?

The Lenovo K5 Note offers a 13MP sensor at the back and an 8MP sensor in the front, and the camera UI has been kept fairly clean for the most part. The shutter button is sandwiched between the gallery and camera modes option. The setting to toggle flash, camera or HDR can be seen on the top right with an option to access the camera settings on the top left. The camera doesn’t feature a lot of modes with panorama and filters the only ones present as of now. Selecting the latter will bring up a list of filters like sepia, black and white and a few more. The camera performance was decent and the shots taken didn’t blow our minds but weren’t bad either. However, we’ll be able to comment more on the camera performance after our full review is out.

Can you elaborate on the software and its features?

Right off the bat, you have the option to choose between Android launcher and VIBE launcher. The key difference between the two is that the former comes with an app drawer while the latter will lay out all your apps on the home screen. The phone runs Android Marshmallow 6.0 and comes with built-in theme support. The bloatware on the device wasn’t a welcome sight but there were some nifty features that the VIBE UI had up its sleeve. The Secure Zone function, for example, allows you to configure apps, accounts, passwords and much more differently than they are in the “current zone”. Meaning, you can run two instances of Whatsapp on the same phone. There are options to elongate the battery life by turning on the Battery Saver or the Ultimate Power Saver functionality. While the former reduces the performance of the device and dubs down the vibrations, the latter will strip down the K5 Note’s functionality to just calling or messaging. VIBE UI also comes with gesture capabilities which allow the phone to go to sleep if the device is flipped down, or wakes the device if the screen is double tapped. 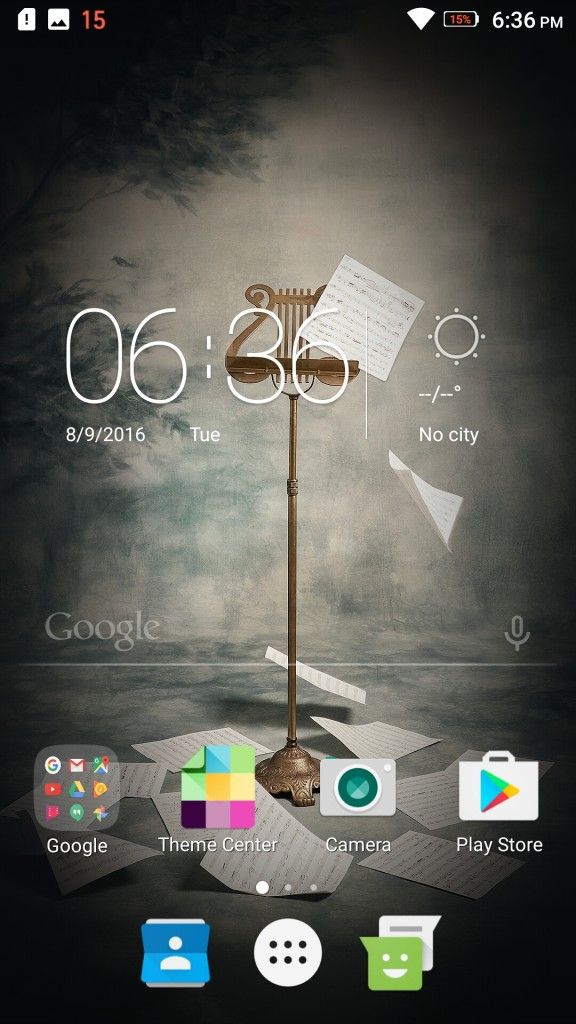 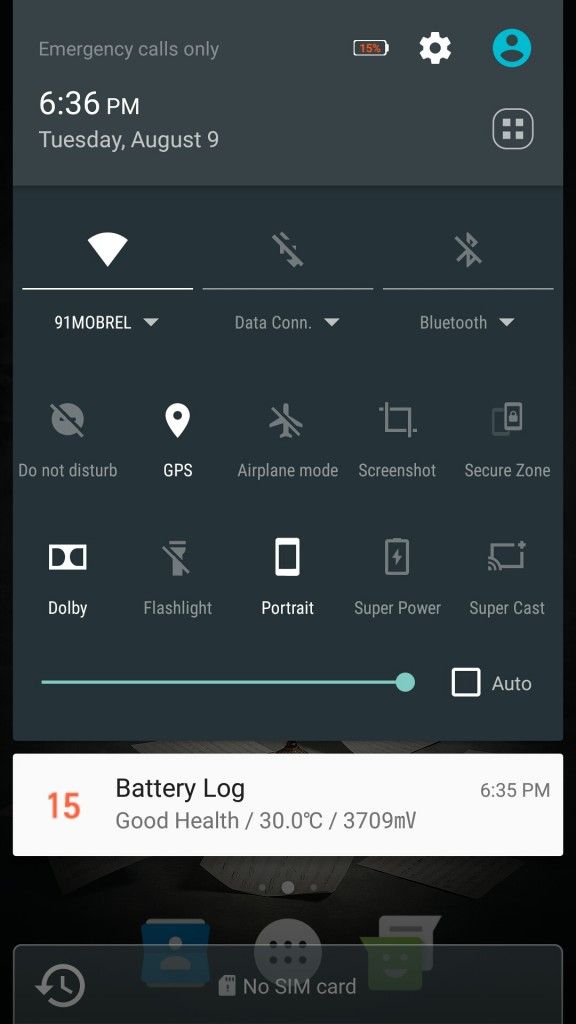 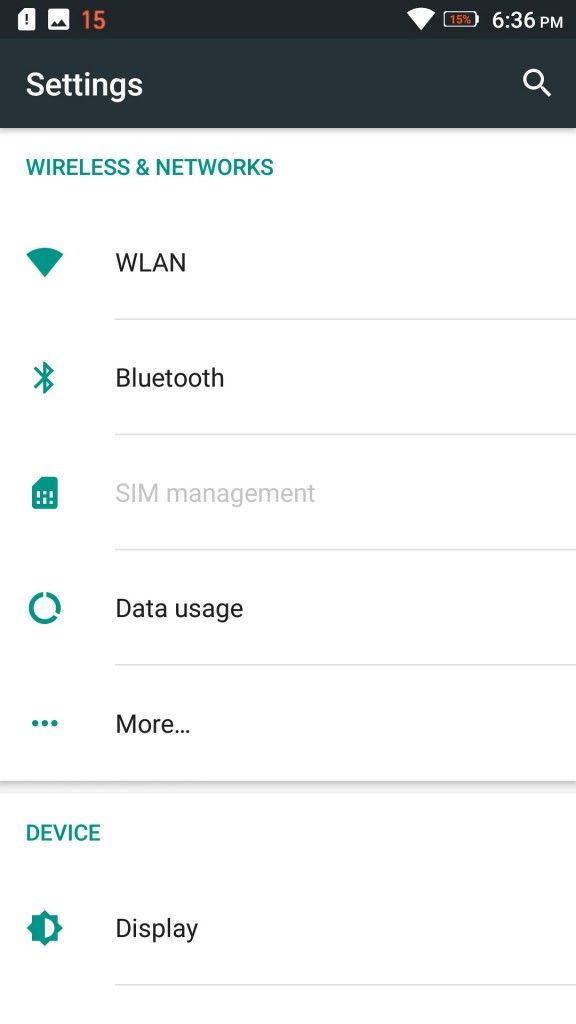 How good is the fingerprint sensor and does it offer any special features? 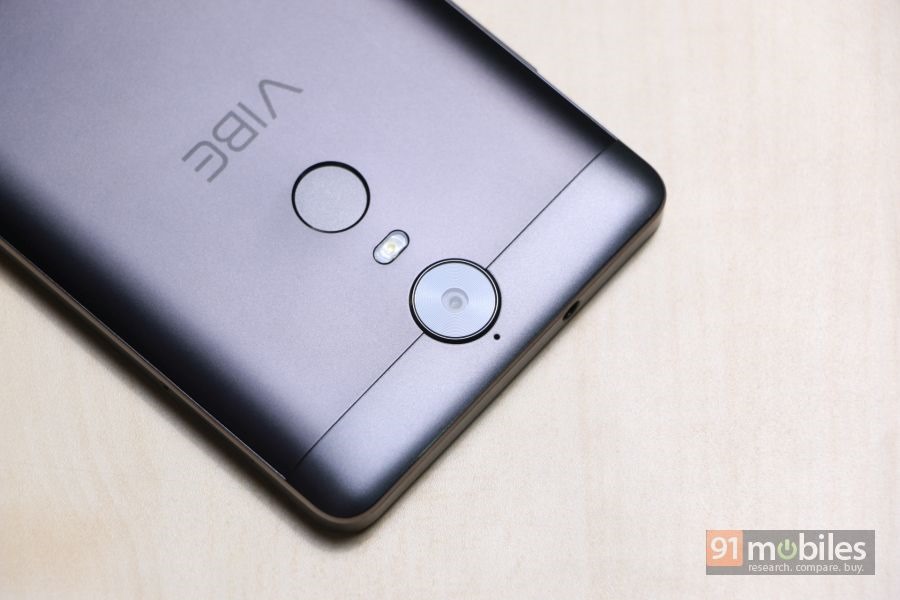 What accessories are bundled with the retail unit of Lenovo K5 Note?

The K5 Note comes with a standard set of accessories which include a wall charger, a USB cable and some documentation regarding warranty. There is also a screen protector and a transparent case that comes in the box. Unfortunately, the device does not ship with earphones. You can check out our unboxing video of the K5 Note for more details down below.

Yes, as the TheatreMax tech that made an appearance with the K4 Note is present in the successor as well. This will allow you to consume content in an immersive manner using the ANTVR headset, which is available separately. Lenovo has also launched a TheaterMax controller for media and gaming.

How much will I have to shell out to buy the device? 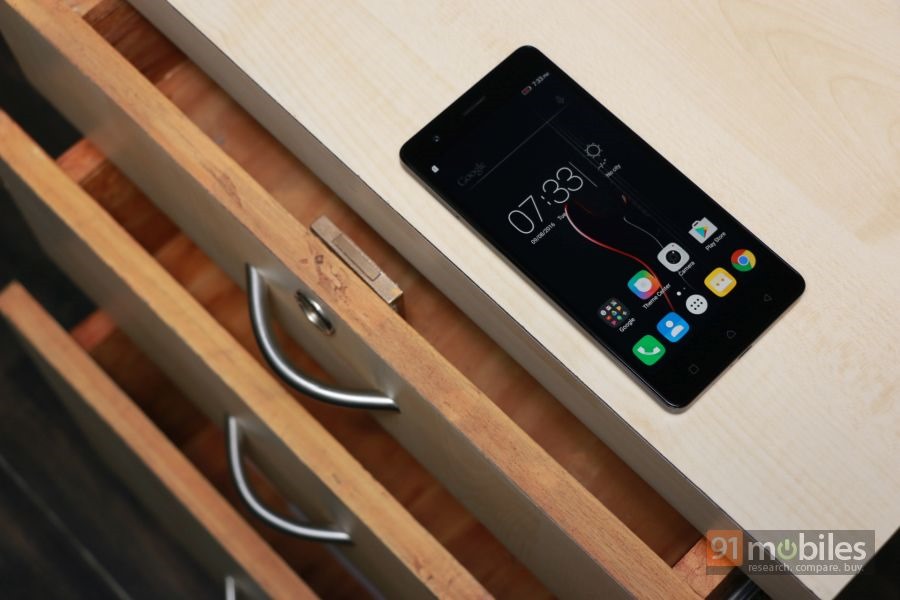 We’ll be talking more about the Lenovo Vibe K5 Note’s performance and real life usage in our review, but if you have any questions before that, do let us know and we’ll be happy to answer them.