Lenovo Legion gaming smartphone has recently been part of leaks and rumours a lot and has managed to generate quite a buzz ahead of its launch on July 22nd. Now, 91mobiles has spotted the handset with model number L79031 on the TENAA certification website. While the TENAA listing usually treats us with a lot of crucial details about the smartphones, unfortunately, in this case, it has not yet been updated with specifications or images. However, the listing does mention that the Lenovo Legion gaming smartphone will come with 5G support, which shouldn’t come as a surprise as the handset is confirmed to be a flagship-grade offering. 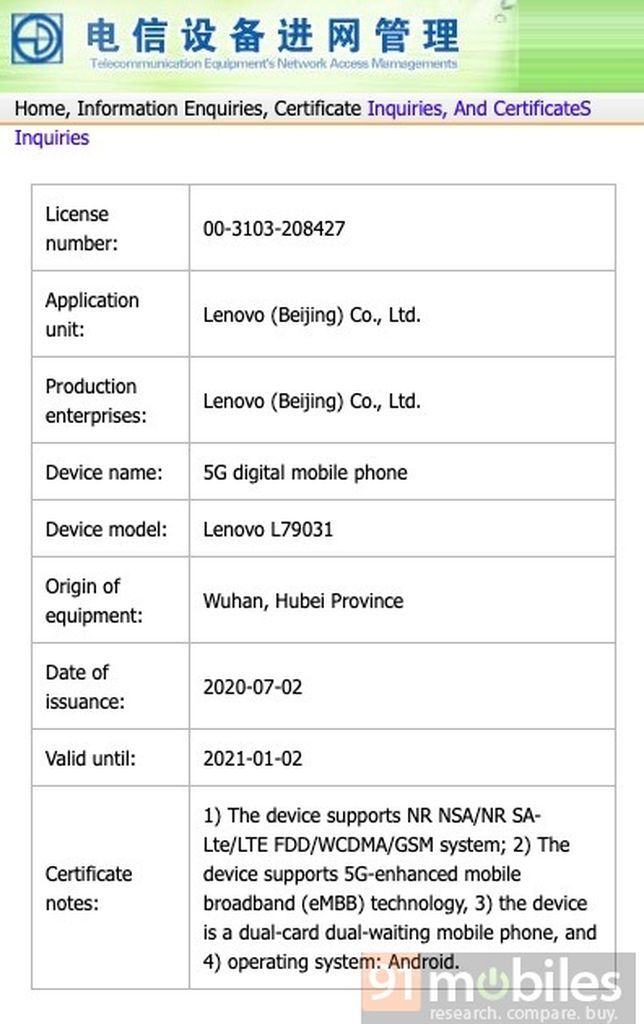 Thanks to official announcements and previous leaks, we have some idea of what to expect from the upcoming phone from Lenovo. The flagship-grade handset will be powered by Snapdragon 865 Plus SoC and support 90W fast charging, as confirmed by the company. Lenovo has also confirmed that the phone’s display would offer 144Hz refresh rate. As per leaks, the Lenovo Legion has been tipped to pack a 6.67-inch AMOLED display. The phone is expected to offer up to a whopping 512GB UFS 3.1 storage and 16GB RAM. As far as software is concerned, you will likely be getting Android 10 with Lenovo ZUI 12 on top out of the box. Talking about cameras, the Lenovo Legion is expected to come with a 64MP primary sensor and a 16MP wide-angle lens. The handset is said to feature a 20MP pop-up camera for selfies and video chats. Lenovo Legion is expected to offer a 5,000mAh battery.

A leaked video game us certain details about the software on the phone and more recently the phone made an appearance on China’s JD.com. As the official launch is just a few days away, we won’t have to wait for long before we get more details on the Lenovo Legion.